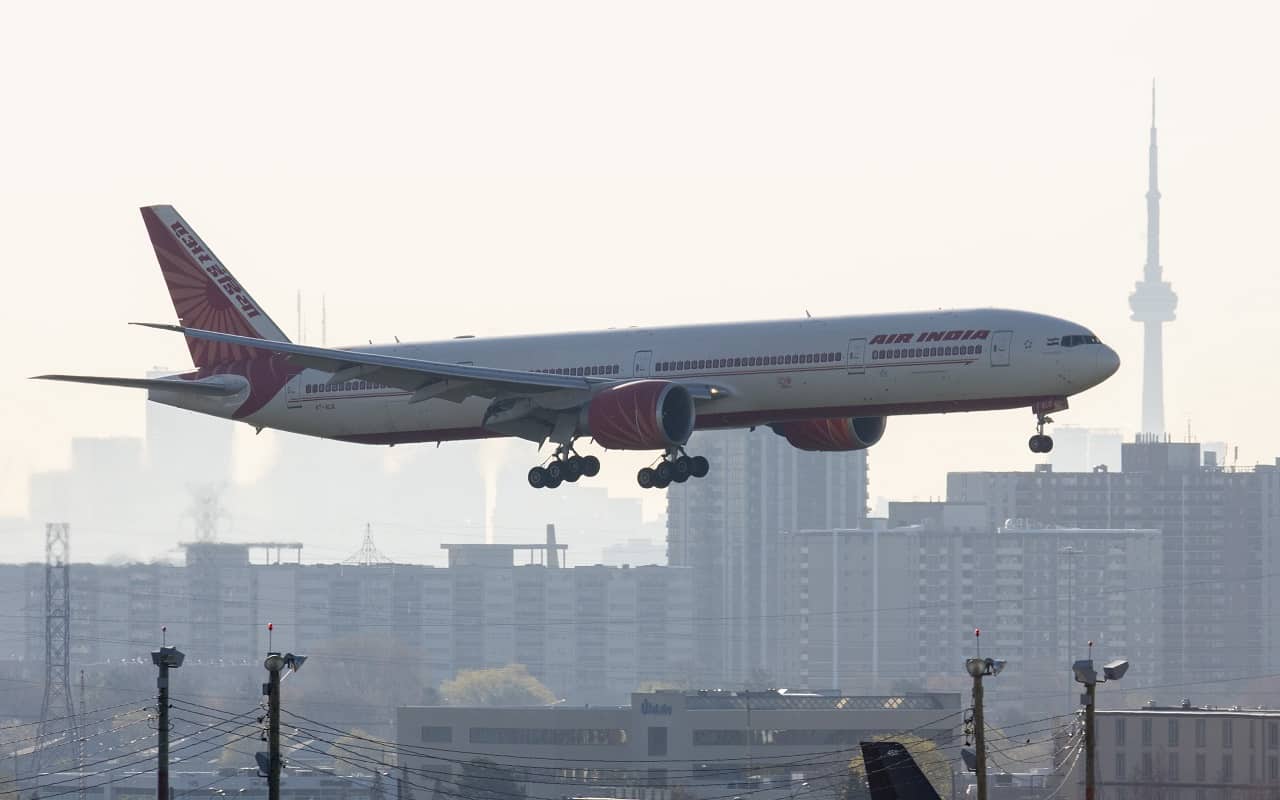 Air India flight 187 from New Delhi lands at Pearson Airport in Mississauga on Friday April 23, 2021. The flight was the last landing allowed after all flights from India and Pakistan to Canada were suspended. THE CANADIAN PRESS/Frank Gunn

Sachin Dev is one of the many international students navigating Canada’s extended ban on direct flights from India as he tries to make his way to Montreal before the start of the new semester.

The PhD student at McGill University has been planning a circuitous route that would allow him to take a COVID-19 test in another country before arriving in Canada – an effort he said has already led to five flight cancellations and a financial hit to his family.

“I feel like I’m lagging behind,” the 27-year-old said in an interview from Delhi.

“Purchasing tickets via a third country is not only five or six times more expensive but involves infection risks too. I’ve faced financial issues because I am not able to access my (university) stipend, which requires a Canadian bank account and study permit, which I will receive only at the airport.”

Dev said repeated extensions of Canada’s flight ban and shifting pandemic quarantine requirements for Indian passport holders in other countries they need to travel through have been behind some of his flight cancellations. He’s now trying to book another route to Montreal with stops in the United Arab Emirates and Serbia.

Canada’s ban on direct flights from India – announced April 22 as India experienced a massive surge of COVID-19 cases, and extended again this month –  has meant international students have had to plot complex travel itineraries, shoulder the cost of an extended journey, and deal with the uncertainty that comes with obtaining a COVID-19 test in a third country.

For Sayana Sherif, securing such a test at an airport in Egypt while en route to Canada was one of the most challenging parts of her journey.

“The whole procedure was completely disorganized,” she said. “Passengers had to take charge, organize ourselves, collect the money for the test in groups and facilitate the whole administrative procedure pre-test by ourselves.”

Her route from India involved passing through Oman and Egypt before landing in Toronto and driving to her student residence in Montreal.

Like Dev, Sherif also saw several flights canceled or postponed during the pandemic before she was able to make it to Canada.

Gaurav Kamath, another student from India, said the flight ban has created a lot of stress for those trying to secure their post-secondary spots in Canada.

“At the moment there is a real sense of desperation among students in India,” said Kamath, who arrived in Canada recently after a route that took him through Paris and the Dominican Republic.

“Those who’ve got their admission letters have had to pay their fees by this point, so I don’t think there’s any question for them for abandoning this opportunity, and they will take any route to enter Canada.”

India is one of the top source countries for international students coming to Canada.

Kareem El-Assal – policy director for CanadaVisa.com, a resource site run by a Quebec-based immigration law firm – called the situation a “painful travel process.” But he said the high demand for a Canadian university education among Indian students meant most would put up with the barriers created by the ban.

While he expects to see a drop in enrollments from India this academic year,  he said admissions will likely soar again once travel restrictions are loosened.

The federal government cited advice from the Public Health Agency of Canada when it extended the flight ban in early August.

“Canada’s phased approach to easing border measures is informed by the continued monitoring of available data and scientific evidence,” it said at the time. “While Canada continues to trend in the right direction, the epidemiological situation and vaccination coverage is not the same around the world.”