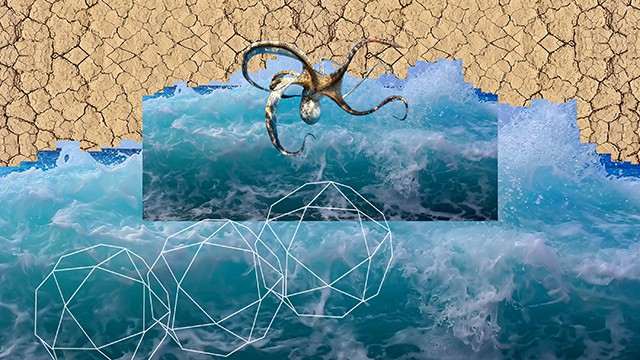 While many GTA residents wouldn’t dream of missing Nuit Blanche, the all-night art festival that takes over Toronto every fall, many have hoped for a more local artistic celebration.

Now, it looks like Mississauga residents are about to get their wish.

The University of Toronto–Mississauga (UTM) recently announced that it will be presenting a 10-day contemporary art festival in conjunction with the Blackwood Gallery and the City of Mississauga.

The festival, which will run from Sept. 14-23, will feature the work of 13 leading Canadian and international artists.

The event will kick off at 6:00 p.m. on the Friday and take place in the Southdown Industrial Area.

Art aficionados should note that this contemporary art project is the first of its kind in Mississauga. 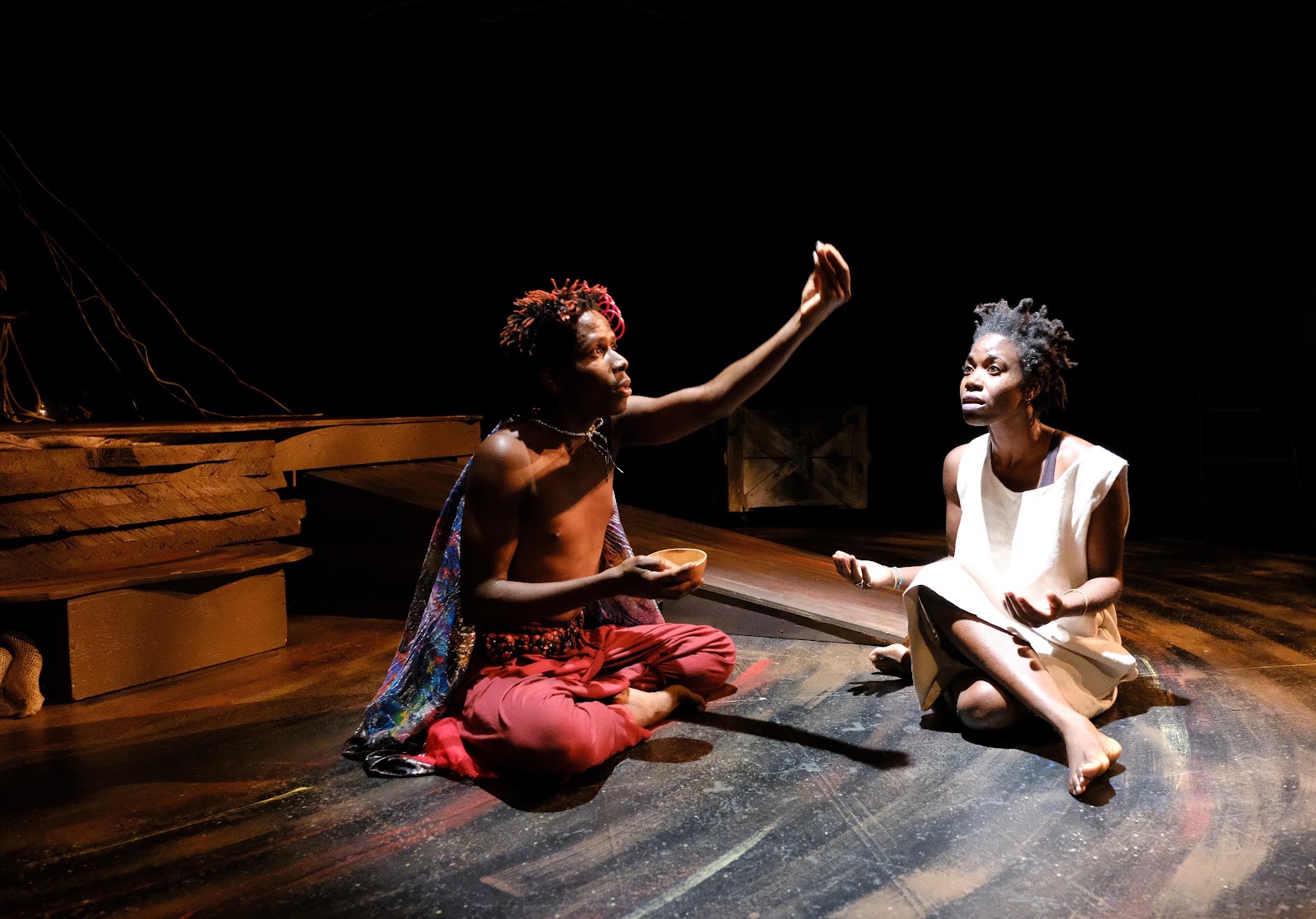 In addition to the 13 installations, it will also feature a series of live events, including performances, talks, workshops, and a kids’ creative construction zone, reaching diverse communities across the city.

“Climate change is real and it is happening, but we are often faced with a sense of powerlessness in confronting it,” notes Blackwood Gallery Director/Curator Christine Shaw. “We believe that in order to recognize the significance of global climate crises and to act together to mitigate their most disastrous effects, we need a renewed culture of learning. Contemporary art practices offer ways to see, narrate, respond, and come to terms with the realities of climate
change—so we see an exhibition on the scale of The Work of Wind: Air, Land, Sea as a way for encounters with art to foster real action.”

The project, she says, is “an opportunity for unprecedented collaboration across the city’s arts and cultural sector, activating connections between environmental organizations, municipal government, industry, and academic researchers. 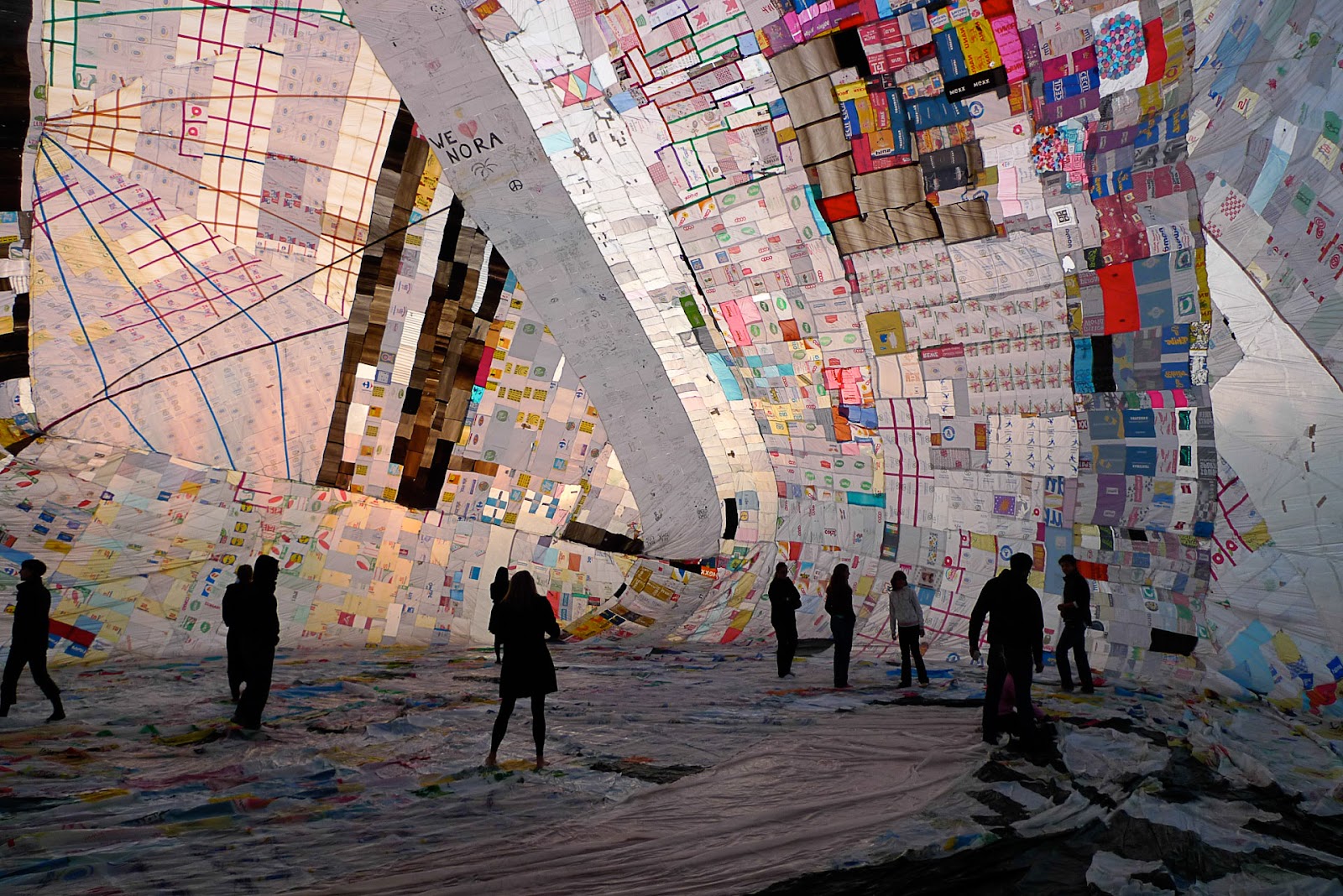 ● Secwepemc artist Tania Willard’s The Liberation of the Chinook Wind uses windspeed data to create poetry in Chinook and English languages, reflecting on the histories of Chinook Winds, Chinook language, and Chinook Salmon
● Oslo-based artist Jana Winderen’s sound installation, Spring Bloom in the Marginal Ice Zone: From the Barents Sea to Lake Ontario materializes the sounds of creatures from some of the planet’s most vulnerable environments
● Exploring water security and sovereignty, Toronto-based Ed Pien’s installation, Hydra, pipes water from above-ground pools through the exhibition area
● Métis artist Dylan Miner’s Agamiing–Niwaabaandaan miinawaa Nimiwkendaan // At the Lake–I see and I remember rematriates old-growth lumber harvested from the depths of Lake Ontario
● Victoria-based artist and composer Paul Walde moves 9x16ft images of clouds throughout the exhibition site each day piloted by crews of performers, the clouds perform image movements based on cinematic techniques
● Each evening, Eduardo Navarro’s We Who Spin Around You addresses human relationships to solar history through performative lectures occurring at sundown
● Addressing the Indigenous labour history of the Southdown Industrial area through participatory performances, picnics, and discussions, Lisa Myers’s Shore Lunch activates a mobile camp/kitchen at the exhibition site
● Exploring technological innovation in the face of an uncertain climate future, New Zealander Julian Oliver’s HARVEST turns to renewable wind energy to mine cryptocurrency which is ultimately redirected to fund climate change research
● Bringing together the Mississauga community in re-directing plastic waste, Museo Aero Solar is a flying museum built entirely from reused plastic bags. Initiated by Argentinian, Berlin-based Tomás Saraceno, Museo Aero Solar floats completely fossil-fuel free, lifted only by the heat of the sun
● Exploring architectural innovation in response to extreme weather, Pejvak (Rouzbeh Akhbari & Felix Kalmenson)’s Observatory for Riparian Repose proposes a new story of the ancient Persian technology of the bâdgir, a wind-catcher and air-cooling structure
● Gediminas & Nomeda Urbonas’s Futurity Island repurposes sewer pipe to create an immersive spatial and sonic environment
● Markham-based artist Xiaojing Yan’s The House Sets the North brings together Chinese symbolism and contemporary questions of belonging and climate refuge, crafting a structure whose delicate walls are composed of 30,000 metres of finely-strung thread
● Across the exhibition area, 13 billboards by Christina Battle trace the forces of the Beaufort scale and the contemporary moment of environmental crisis. 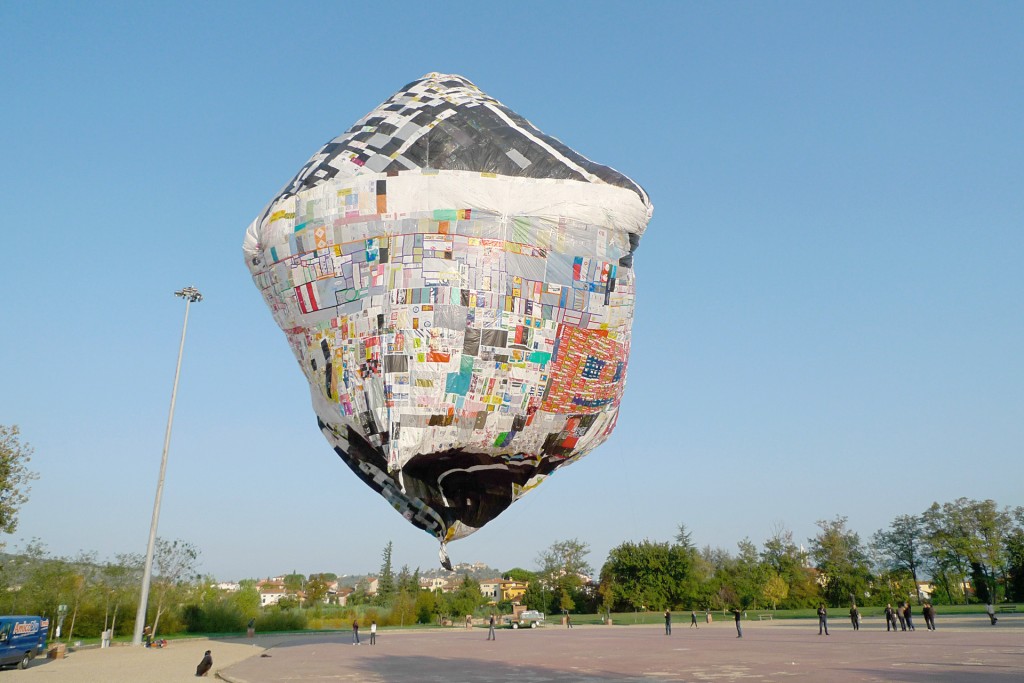 The festival includes workshops, performances, discussions and information hubs, highlighting a year-long public program  in Mississauga (to summer 2019) titled The Society for the Diffusion of Useful Knowledge:

• Programs include a Useful Knowledge Hub on Saturday, September 15 and Saturday, September 22 in Lakeside Park. Bringing together University of Toronto researchers, local environmental organizations, and City of Mississauga divisions, the project connects academic research and community action on climate change.
• Performance poet d’bi.young anitafrika performs the Afro-futurist Dub Opera Lukumi on September 15. Set in a post-nuclear-apocalypse Tkaronto, the performance explores the journey of Black folks across past, present, and future.
• Mohawk-Acadian-Irish artist Lindsay Dobbin performs a participatory drumming and sound performance on the shores of Lake Ontario September 15, and continues to work in relation to Lake Ontario, in residence at the exhibition site throughout the week.
• Artist Dylan Miner, feminist technoscience studies scholar Michelle Murphy, nēhiyaw feminist organizer Erica Violet Lee, and Anishinaabe environmental justice organizer Vanessa Gray host a conversation on chemical contamination, the Great Lakes, Chemical Valley, and Indigenous environmental justice on September 15.
• The first book in The Work of Wind book series, The Work of Wind: Land launches September 16, with a conversation with contributors including artists Rouzbeh Akhbari & Felix Kalmenson and Tania Willard, art and performance scholar Allen Weiss, lawyer Adrienne Telford, and editors Christine Shaw, Anna-Sophie Springer, and Etienne Turpin.
• A conversation on September 22 with Amanda Boetzkes, Myra J. Hird, and the Synthetic Collective will address the drive to waste, global systems of energy use, and plastic pollution.
• Shattered Moon Alliance, a research project exploring science fiction from the perspective of women of colour, host a September 23 workshop on breathing, asking: “Who gets to breathe and how might we become more attuned to those who aren’t able to? How might the act of breathing or not breathing be tied together with memory, consciousness and what is perceptible?”
• Calgary-based artist Alana Bartol explores dowsing, remediation, and environmental care through performative divination methods in a September 23 performance, a slick, a smear… awash in green.

On the final weekend, be sure to check out the following:

Participants in this workshop will take part in launching the Aerocene Foundation’s Aerocene Explorer Device, a backpack consisting of a free-floating sculpture, camera, flight notebook and remote sensing tools.

Sunday, September 23 – The Future of Breathing

A series of questions that will be explored include:

More public programs will be announced in late August. For information, click here.

Free, dedicated transportation into the exhibition area is available at the GO Station bus loop.

Parking on site is available in Cricket Park, Lakeside Park.