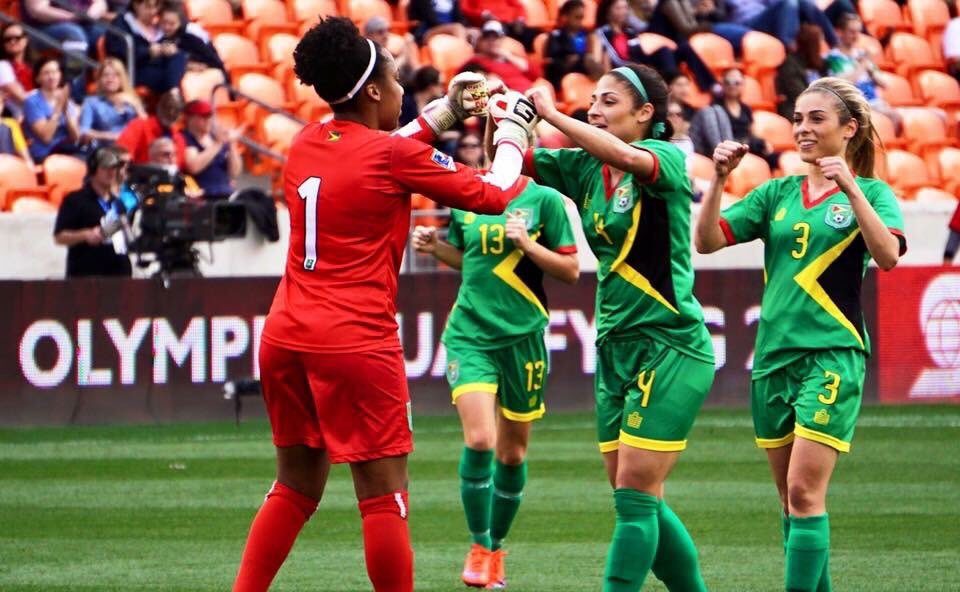 MIAMI, Florida – It took a 90th-minute dagger to the heart of Ontario Tech alum Kayla De Souza and her Guyanese teammates, but the field for the eight-team 2022 CONCACAF W Championship is now set, and it is Trinidad and Tobago – not Guyana – that will be joining Mexico, Haiti, Jamaica, Costa Rica and Panama in the final round this July.

Guyana needed a win to top the group and had it in their grasp, thanks to a brace from Sydney Cummings, until Lauryn Hutchinson’s late game strike made the final score 2-2 at Dwight Yorke Stadium in Bacolet, Trinidad and Tobago Monday night.

The draw was enough for Trinidad to win Group F.

De Souza who spent two years as a Ridgeback and was an OUA all-star, wore the captain’s arm band once again for Guyana.

The six qualifiers, along with pre-qualified Olympic gold medalist Canada and four-time World Cup champions United States, will compete in the CONCACAF championships. The top two teams in each four-team group qualify for next year’s World Cup, while the third place teams will enter an inter-continental playoff.