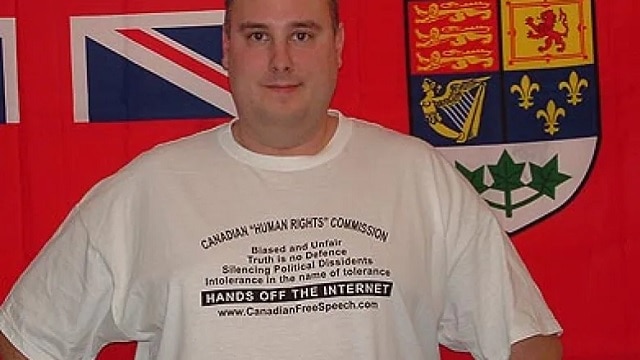 A Hamilton lawyer and activist has scored a huge win in court, since a defamation suit against him by a former City of Hamilton information technology worker who once headed a white supremacist organization has been tossed out by a judge.

Burley and his legal counsel, which included Hamilton- and Toronto-based human rights lawyer Wade Poziomka,  asked for dismissal under what is known as Ontario’s anti-SLAPP legislation.

The province’s anti-SLAPP law is meant to curb selective lawsuits against public participation. It requires judges to “consider ‘what is really going on in the particular case before them’ and assess whether it is one where litigation is being used strategically to silence, or as a genuine attempt to protect one’s reputation.”

“There is an important public interest in allowing and encouraging citizens to speak out when it appears that their local government has failed to act in a manner that is in keeping with the City’s stated values and ethics,” she wrote.

Lemire worked in IT for the city as a network analyst from about 2005, until August 2019. Per a city media release, his employment ended by “mutual agreement” with the city.

That was about three months after a furore ensued after VICE published an article about his city job and his involvement with the Heritage Front, which was a prominent white supremacist group at points in the 1990s and early aughts. Lemire was the last known leader of the white supremacist group. Media reports have also connected him to Paul Fromm, a white nationalist who ran for mayor of Hamilton in 2018.

During cross-examination, Lemire said that he decided to have nothing more to do with the group at some point in 2005. He also acknowledged that after the April 2005 death of Wolfgang Droege, he called the Neo-Nazi and Heritage Front founding leader as “a close and personal friend… a great mentor and friend and leader of our movemen” in a post on a racist website.

Burley raised the issue of someone with a history such as Lemire’s being employed in an information-sensitive position more than a half-year before the VICE article. Burley had a meeting with the City of Hamilton’s head of human resources in November 2018, more than a half-year earlier, to discuss his concerns about an “alleged hate propagandist” working in such a role.

Following the publication of VICE’s article, Burley expressed concerns on his Twitter account about how the City of Hamilton could have hired someone “(who’d) spent his whole life doing online hate propaganda and being paid for it, and got a job at the City doing exactly the same kind of work.” He also said his personal view was that Lemire should have been “un-hired.”

Lemire quoted those tweets in his statement of claim, asserting that he has suffered a loss of income since his departure from the city position because he took another job at a lower salary.

In his defence, Burley said that while he was being provocative, his foremost concern was with the conduct of the city, its hiring practice, and a potential security risk. Justice Sheard accepted this as a reasonable defence against libel.

“At the time Mr. Burley posted his comments concerning the potential safety and security risk posed by the City in employing Mr. Lemire in the City’s IT department, the facts known to him … were such that any person could honestly express a similar opinion,” she wrote. “Indeed, that very opinion was made by former City Councillor, Matthew Green.”

Green served as Hamilton’s first Black city councillor from 2014 to ’18, before resigning to move to federal politics. He is now Hamilton Centre’s member of Parliament.

In May 2019, Green told CBC Hamilton that he had “deep concerns  about this breach of public trust knowing now that this person may have had complete and undetectable access to these communications.”

The entire decision is accessible at canlii.org.

(Photo of Marc Lemire via a website that he operated.)