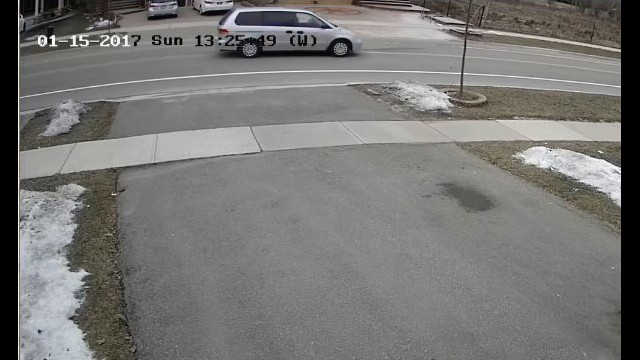 On Jan. 15, a witness told Peel police that a woman was seen being forced into a van in the St. Barbara Blvd. and Comiskey Crescent area in Mississauga. The vehicle was described as an older model silver Honda Odyssey and the suspects allegedly forcing the victim inside the vehicle were described as two South Asian males, one of whom was young with a thin build.

Later in the evening, Langille was reported missing.

Police say that the information received indicated that Langille was the female forced into the van. Shortly after the two incidents–the alleged abduction and the missing person report–came to light, an amber alert was issued.

On Monday, Jan. 16, Langille was located by Toronto police in the east end of Toronto in good health.

Now, police are reporting that evidence indicates that Langille was not the victim of an abduction.

That said, the investigation is ongoing.

Langille’s most recent disappearance was her third.

Back in December 2016, a CityNews report that emerged after Langille’s second disappearance revealed that the teen’s parents feared she may be involved in the sex trade. In the video, Langille’s mother Candi McDonald said that she found a picture of her daughter on escort service website Backpage. According to City, the photo was posted just hours after her disappearance.

McDonald feared Langille hadn’t entered in the arrangement willingly due to the way she was hiding her face in the photo.

Initially, Langille went missing on Tuesday, Dec. 6 and was found, along with another teen, when police went to investigate reports of a man with a gun at a Burlington hotel. Police announced that she was missing once more a few days later.

She was found shortly afterwards.

Peel police are thanking media outlets and the community for their efforts in locating Langille this past week.

Anyone with information regarding this incident is asked to contact investigators with the 12 Division Criminal Investigation Bureau at (905) 453-2121, ext. 1233. Information may also be left anonymously by calling Peel Crime Stoppers at 1-800-222-TIPS (8477), or by visiting www.peelcrimestoppers.ca or by sending a text message to CRIMES (274637) with the word “PEEL” and then your tip.