Majority of Canadians believe most will be priced out of housing market within 10 years: survey
26-year-old from Hamilton wins Daily Keno prize
'My wife and I couldn't believe it:' Hamilton grandfather wins Lottario jackpot
Vehicle crashes into pole in Mississauga: Police
Feds investing more than $6 million in youth-focused programs

Over the years—more than 40 of them, in fact—Square One has grown from a more modest place-making destination to a rapidly expanding shopping mecca that’s home to some of the world’s most famous affordable, mid-range and luxury brands.

It’s also been home to two movie theatres, an ever-evolving food court and, at one time, an open air court.

A recent Retail Council of Canada study revealed that Square One is one of the top 10 malls in Canada in terms of sales by square feet. It comes in after Yorkdale and the Eaton Centre, but beats out Sherway Gardens, Mapleview Shopping Centre in Burlington and Scarborough Town Centre.

The mall has also topped $1 billion in sales.

And now, the mall that only recently welcomed a luxury wing anchored by high-end department store Holt Renfrew, is working on its ambitious west expansion project.

And this project is big.

In the summer of 2018, Square One announced the massive project, which will include a modern and on-trend Food District (more on that soon).

Square One said the massive $580 million redevelopment is one of the most ambitious projects of its kind in North America.

And since the shopping centre is located in a part of the city that’s known for rapidfire condo construction (the major 8-tower M City condo community is currently being built in the Burnhamthorpe and Confederation Parkway area), the expansion makes sense.

Construction on the addition, which will take shape in the former Target area, is already underway, with beloved Asian export Uniqlo set to open in November.

While we don’t yet know exactly how many retailers will flock to the mall as the project moves forward, we do know that a few big name brands have already announced plans to set up shop in the brand new space.

One of the biggest additions to Square One’s roster is the Rec Room, a Cineplex-owned entertainment complex that revealed its plan to open in Square One in 2017.

When that news broke, it was huge. If you haven’t heard of The Rec Room, Cineplex defines it as “Canada’s newest hotspot for ‘Eats and Entertainment.’” It’s basically a major entertainment complex that fuses food and activities. The Square One location will take shape in the north end of the complex (right where Target was located) and will occupy about 44,000 square feet of space and two full floors. The facility will offer multiple restaurants—including an upscale casual one called Three10—bars, games and more.

The Food District, intended to provide an elevated experience for foodie tourists and locals alike, is opening in spring 2019. It’ll focus on offering local, handmade and high-quality foods in a setting that embraces both new- and old-world food emporiums. With more than 34,000 sq. ft., the Food District is intended to offer space to meet, explore and share the love of food through tastings, cooking classes, dinner parties, book signings and other special events.

“In the coming months, we will reveal more details surrounding the West Expansion,” said Square One director and general manager Greg Taylor, in a statement released in June.

“Square One continues to be a premier location for world-class retailers and for the discerning consumer. The Food District will provide an inspired, fulfilling, and unforgettable experience for food lovers and adventurers in a setting that encourages discovery, community, and culinary indulgence.”

So, what other retailers will soon be calling the west expansion home?

On Labour Day weekend, we learned that Chapters—which has long been located on Rathburn Rd., in the Square One area—will be moving into the mall. 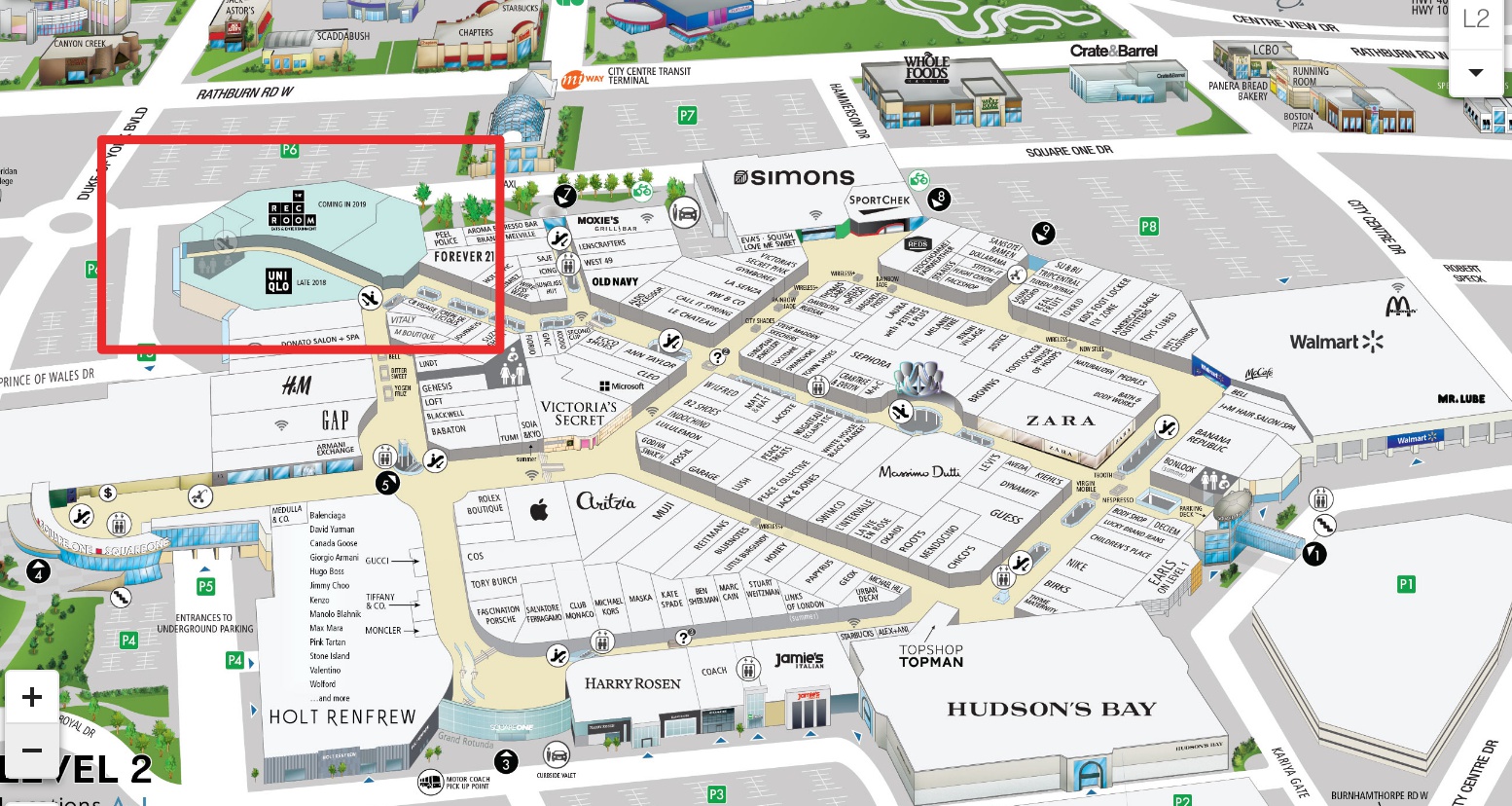 The move makes sense, as several other major shopping centres have welcomed Chapters (which typically adopts the company’s fresher Indigo branding once it relocates) into their interiors. A short while back, the Chapters near Sherway Gardens shuttered its doors and moved into the mall.

It now operates as an Indigo.

Another company that’s coming to Square One?

The Pie Commission, which operates two Toronto locations (including one on The Queensway in nearby Etobicoke), made the announcement in a Sept. 20 tweet.

The resto will be located in the Food District, and it expects to be operational in March 2019.

Are you excited for changes at Square One?

All photos courtesy of Square One