Everything We Know So Far About the Restaurant Explosion in Mississauga 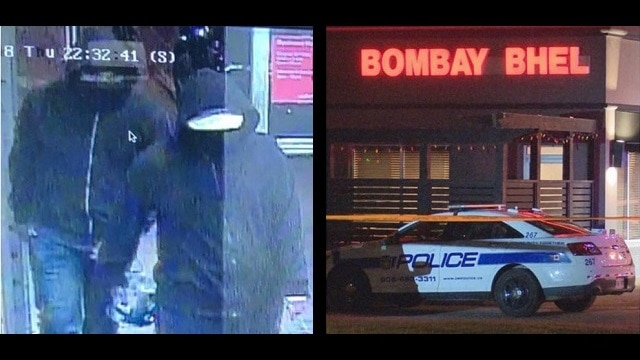 The investigation is ongoing into an explosion at a Mississauga plaza on Thursday night, and police have disclosed some further information regarding their findings.

Here’s everything we know so far:

The incident happened at approximately 10:30 p.m. Thursday (May 24) at Indian restaurant Bombay Bhel in the area of Hurontario Street and Eglinton Avenue, where two separate birthday celebrations were taking place.

Police say two men were seen entering the restaurant with an improvised explosive device. Immediately following the explosion, they fled the scene eastbound on foot.

Including staff and guests, there were approximately 40 people in the restaurant at the time of the explosion, investigators report. Fifteen people were injured and have since been released from hospital.

A GoFundMe page has been set up by a member of the community to help the victims of the bombing pay for any uncovered medical expenses.

While the restaurant remains closed for investigation, all other businesses in the area have been released to the owners, who are free to determine if their businesses are suitable for regular business.

There have been no reports of any neighbouring buildings or stores being impacted by the blast, police say.

Suspect information is as follows:

There is no further suspect information at this time. Members of the community are cooperating with police as the investigation continues.

Police request that witnesses, anyone with video footage, or anyone that can help identify the suspects to contact investigators at (905) 453-2121, ext. 1233.

Information may also be left anonymously by calling Peel Crime Stoppers at 1-800-222-TIPS (8477), or by visiting www.peelpolice.ca.