Even as child-care fees rise, report says many daycares may close due to pandemic 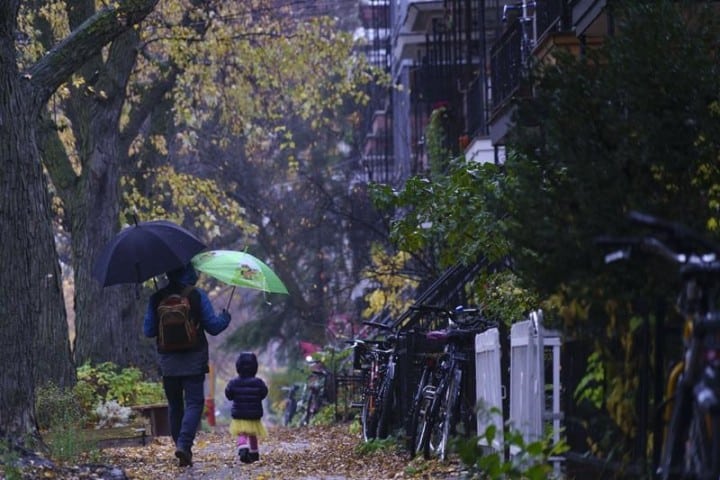 OTTAWA — A new report on the cost of child care in Canada says many daycare providers are in dire financial straits, as the pandemic exposed how overly reliant the system is on soaring parental fees.

The annual report from the Canadian Centre for Policy Alternatives finds that daycare costs continued to climb across most of the nation last year, with annual increases ranging between one per cent in places like Ottawa, Regina and Halifax, up to 21 per cent in Brampton, Ont.

Few of the daycares surveyed said they increased fees due to COVID-19.

Many daycares across the country were forced to close during the first wave of the pandemic, causing disruptions in parents’ working lives and a drop in their ranks in the workforce.

The report, however, found that once reopened, there was a drop in enrolment that in some cases was so severe that centres lost 20 to 30 children, winding up with fewer than five enrolled.

Wait lists, too, seemed to vanish as many centres reported suddenly having spaces for children.

Now, daycares are on the verge of closing without parental fees coming in, which the authors of the report say poses a problem for an economic recovery that the federal Liberals will have to address in their promised child-care policy.

In every city outside of Quebec, which has its own publicly funded system, child care centres had on average 10-per-cent fewer children in the fall of 2020 than in February of last year, pre-pandemic. The report says centres in 27 of the 37 cities surveyed on average reported enrolment drops of upwards of 20 per cent.

The reasons for the drops had to do with a combination of factors, including fewer staff and parental concerns about health and safety.

What the survey found as well was that the higher the fees, the more likely parents were to take their children out of care. The opposite was the case where fees were lower, said report co-author David Macdonald.

He said a similar effect was noticed when it came to unemployment: as the job losses rose, enrolment dropped.

“If this drop in enrollment does start to affect the amount of spaces that are available, then it becomes a drag on those local economies where you’re seeing these big drop-offs in enrolment,” said Macdonald, a senior economist at the Canadian Centre for Policy Alternatives.

“But also (it becomes) a drag on the national economy as it becomes harder for parents to find spaces for their kids, so they can go back to work or look for a job, or go back into retraining.”

The Liberals have promised the upcoming federal budget will lay out a plan to create a national child-care system, arguing it is necessary to help more parents get back in, and remain in the workforce.

Statistics Canada says that between February of this year and the same month last year, employment fell by 4.5 per cent for core-aged parents, meaning those 25 to 54, whose youngest child was under six.

That meant 104,800 fewer parents with daycare-aged children in the workforce 12 months into the pandemic. For those whose youngest is between six and 12 years old, employment was up 1.6 per cent from February 2020. None of the figures the agency provided are adjusted for seasonal variations in employment.

The promised national daycare system, which would be voluntary for use and publicly funded, has garnered backing from business groups. The House of Commons finance committee recommended in its pre-budget report that the government allocate $2 billion towards a national system this year.

Crafting a plan for how to use that money will first need to shore up what is already available so it isn’t lost before moving to expand the number of available spaces, said Martha Friendly, one of the report’s authors.

There is also a need to train and retain staff and fund services directly to drive down fees to make prices more affordable, she said.

“If we’re going to build a childcare system, we think it’s imperative to try to preserve what we’ve got because it took years to build up the services and it will put us so much further behind if they actually disappear,” said Friendly, executive director for the Childcare Resource and Research Unit in Toronto.

“We’re hoping that the action on childcare will actually take into consideration that we’ve got a base of services across the country. People were using them, they’re going to use them again, (and) we’re not going to recover the economy if they’re not there.”