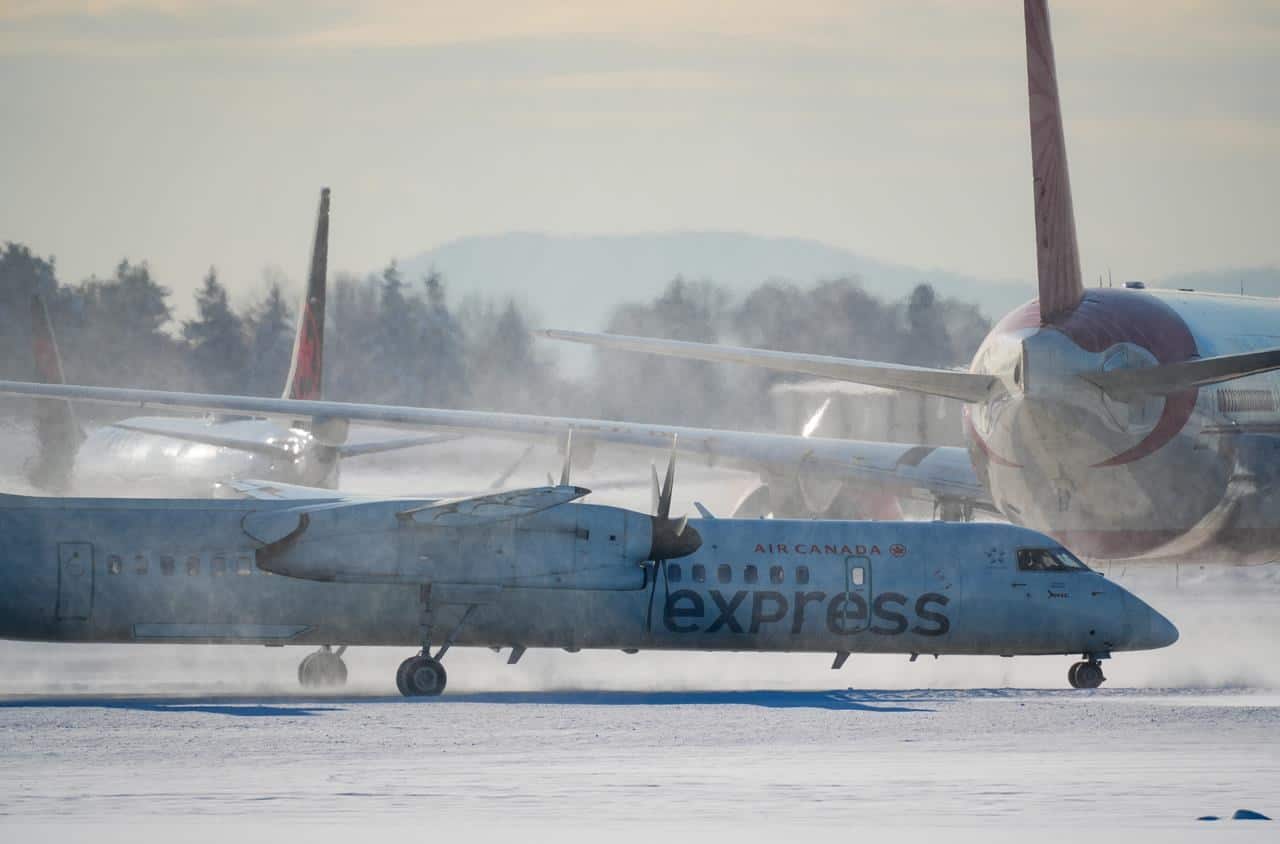 “We may only see one of these storms every five or 10 years,” said Environment Canada meteorologist Mitch Meredith. “I’ve only seen a couple of storms like this in the last 20 years.”

In parts of southern Ontario, rain followed by plummeting temperatures could result in flash-freezing conditions later Friday morning, while high winds and blizzard conditions are forecast for some areas.

Environment Canada forecast winds up to 100 kilometres an hour in certain regions of the province – higher in some areas around Lake Ontario such as Niagara and Kingston – and warned of possible widespread utility outages.

“The problem with that is the temperatures (are) going down way below zero right when we’re getting power outages. So, this is a dangerous situation for people,” Meredith said.

In Quebec, many regions are expected to receive a mix of heavy snow, rain and strong winds, while some areas could see freezing rain.

WestJet announced late Thursday that it was cancelling flights at airports in Ontario, Quebec and British Columbia.

The cancellations apply to all flights scheduled to arrive and depart Toronto’s Pearson International Airport beginning Friday at 9 a.m. until the end of the day, the airline said. Other airports affected by the service disruptions include those in Ottawa, London, Ont., Waterloo, Ont., and Montreal.

Air Canada said Friday that it had cancelled “a number of flights” in Ottawa, Montreal and Toronto, including all its flights out of Toronto’s downtown island airport, citing the storm, reduced airport capacity and operational constraints.

Toronto Hydro has reminded customers to refresh their emergency kits and said additional crews are ready to support customers through the weekend.