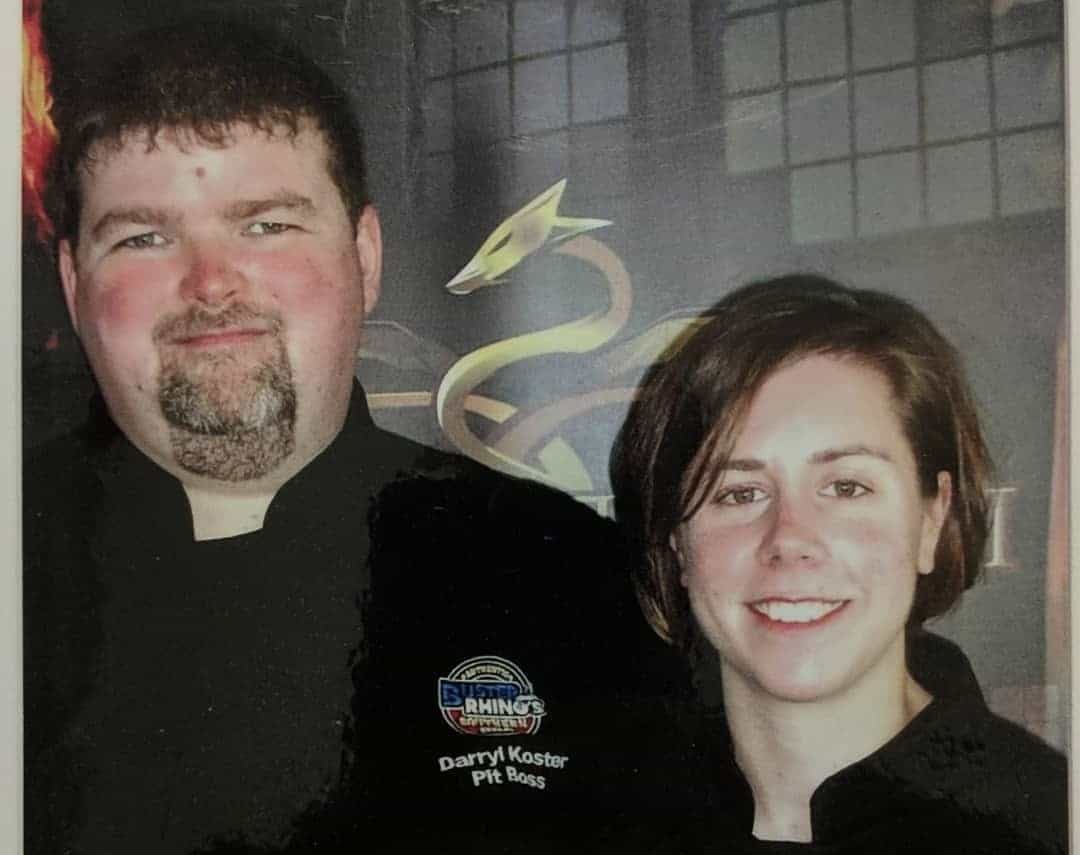 Darryl Koster and his wife Beth in younger days

There comes a time, even for larger-than-life personalities considered icons in the BBQ, craft beer and now pork rind sectors, when it’s just time to walk away.

For Darryl Koster, that pugnacious, pixelated and problem-solving former publican, that time is now.

“I’m just tired,” Koster said after announcing that he was closing Buster Rhino’s in Whitby, a former meat production facility and BBQ joint that transitioned to producing pork rinds, as well as spices, rubs and sauces for the barbecue industry. “After 16 years it’s time to move on.”

The business itself was still successful, especially the pork rinds side, which saw Buster Rhino’s market multiple flavours of the keto-friendly snack to a growing base of customers, many of whom filled up his social media mentions with messages of sadness and blessings for the future. “We revolutionized the pork rind business,” he said, adding that national industry sales were just of $750,000 two years ago. “We helped more than double that number.” The Buster Rhino’s business model was well-positioned to make it through the lockdowns as well. The location on Wentworth Street at Thickson Road, which employed about seven people during the pandemic, had a small restaurant space but when COVID hit Koster got out of the barbecue business and concentrated on online sales of the rinds and the rubs and sauces.

“It’s just time,” he repeated. “It’s been a good run and it’s been fun but it’s time to do other things.”

Koster, who has family in North Carolina with a history of making barbecue and a trophy case to prove it, started Buster Rhino’s in 2005 with a goal of bringing good Carolina barbecue to Durham Region. “You really couldn’t get good barbecue here when I started,” he remembered. “People didn’t even know what pulled pork was.”

Fast forward a decade and Koster was also running a successful craft beer bar and barbecue joint in downtown Oshawa and at one time he had locations in the north end of the city and in Toronto as well.

Juggling all that was difficult and ultimately led to him selling the restaurant – it still exists today at the corner of King Street and Ontario Street as Top Corner Grill & BBQ – but he remembers those days fondly. 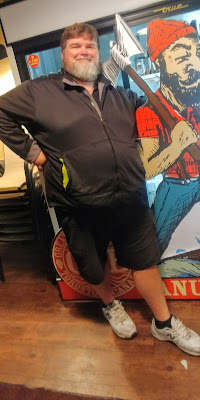 “I can’t sit still for long and I thrive on high stress situations and that bar was very high stress. It was constantly on the verge of bankruptcy,” he said. “But I think a lot about that restaurant and all the cool things we did.”

Those ‘cool things’ included creating the first big craft beer bar in Oshawa, launching the Durham Craft Beer Festival in 2014 – there would be six iterations of this festival over the next five years – comedy and open-mic nights and one-off events like the time Koster barbecued a whole alligator outside the restaurant.

A foodie first, he opened the downtown Oshawa Buster Rhino’s to “teach Oshawa customers about good southern barbecue,” but it ended up being a destination for craft beer, whisky and a good laugh as well.

“It was the right move at that time. It was one of the great corners in downtown Oshawa and we realized it could work.”

In late 2018, citing a desire to concentrate on his retail business in Whitby, Koster sold the restaurant. “I’ve met some incredible people,” he said at the time. “I was also able to feed a lot of people and that makes me happy.”

Now, the retail business is also gone, pending the sale of equipment and the Buster Rhino’s name and branding rights, should there be anyone interested.

Koster, 51, who is married with two children, said the pandemic gave him plenty of time to re-assess his priorities. “It gave me more time to spend with my family. For a year-and-a-half I wasn’t working past four and I was home weekends.”

“I’m done in the food industry but otherwise I don’t know. I going to figure out something new to do and I’ll run with it for five or six years.”