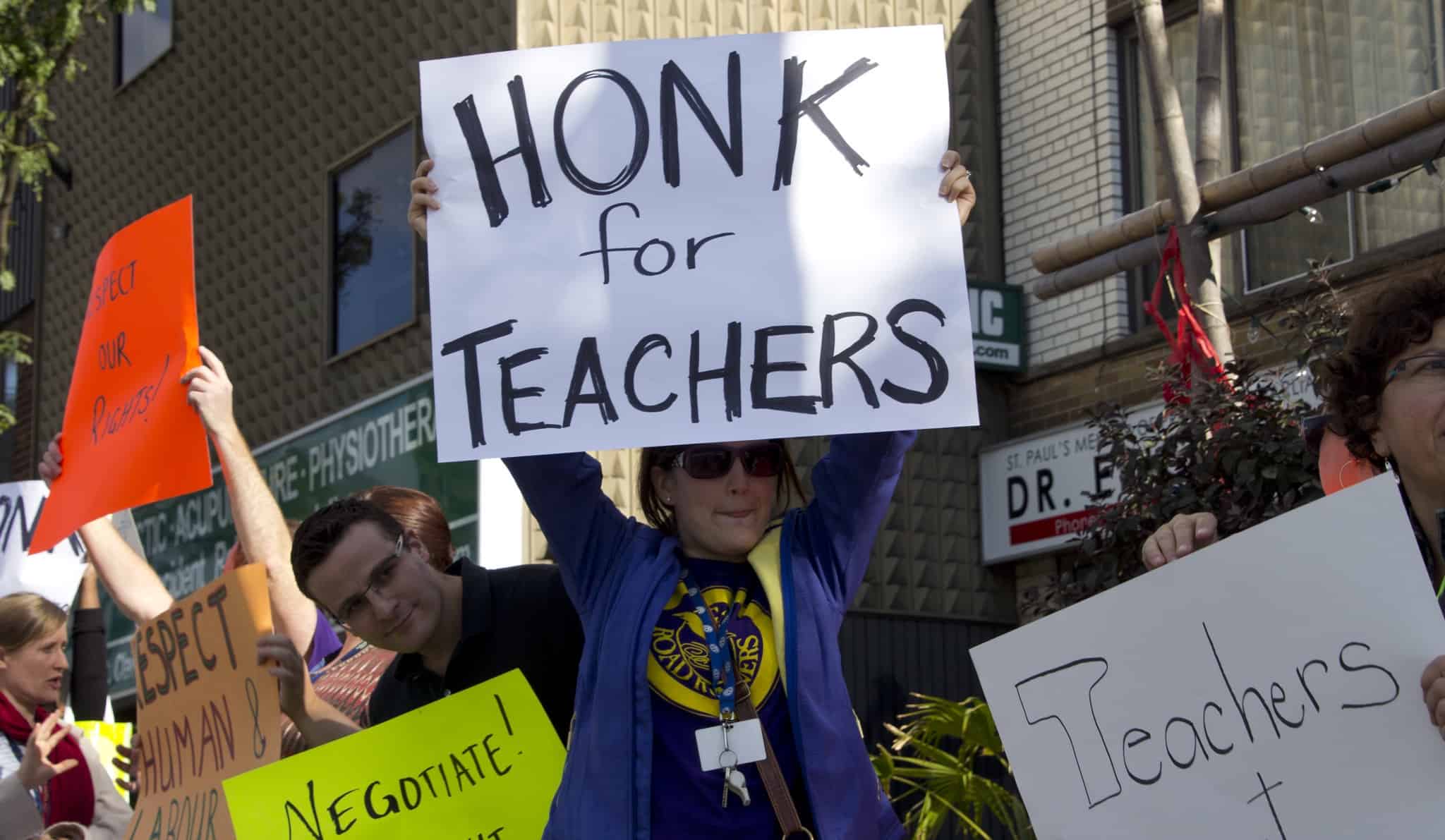 Elementary teachers are planning to protest outside a downtown Toronto hotel today where Ontario’s education minister is set to speak.

Stephen Lecce is scheduled to talk to the Canadian Club at the Royal York hotel about preparing students for the jobs of the future.

It comes as teachers across the province have been engaging in rotating strikes amid stalled contract negotiations.

The Elementary Teachers’ Federation of Ontario says it will have members protesting outside the hotel while Lecce speaks.

ETFO held a provincewide strike Tuesday and today its teachers are on strike at about a dozen boards and authorities, including the Toronto District School Board.

The union representing teachers in the French system has agreed to return to the bargaining table today, a day ahead of a planned provincewide strike, making it the only teachers’ union currently in talks with the government.