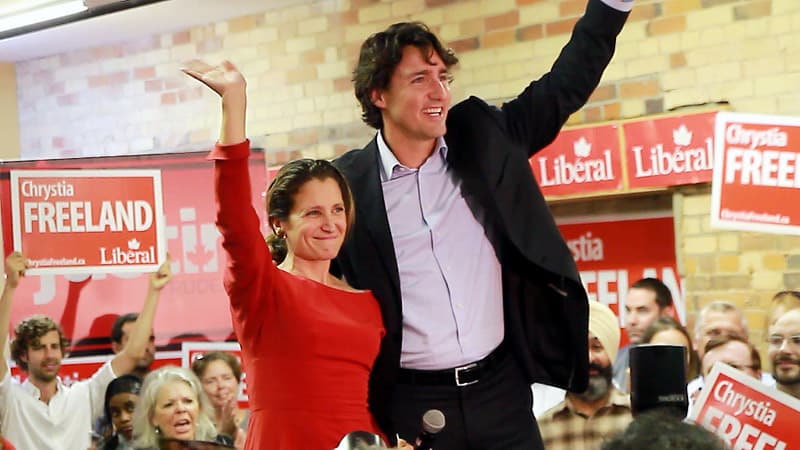 OTTAWA — The commissioner of elections has dismissed a Conservative complaint that the Liberals violated election law by releasing an edited video of Erin O’Toole’s views on health care.

The Conservative party had asked Yves Cote to investigate whether the edited video clip of their leader constituted a violation of the Canada Elections Act prohibition on misleading publications.

The video, attached to a tweet posted by Liberal Chrystia Freeland during the opening week of the campaign, was labelled “manipulated media” by Twitter.

In a brief letter to Freeland, Cote’s office says it “carefully reviewed” the Twitter post and video and has concluded “no offence has been committed under the act.”

“As a result, our file is now closed.”

The video showed O’Toole talking about his support for private, for-profit medical services within Canada’s public health care system but edited out his proviso that universal access must remain “paramount.”

Freeland, who serves as finance minister and deputy prime minister, posted both edited and unedited versions of O’Toole’s remarks, made during last year’s Conservative leadership race.

The Liberals have insisted that the edited version was an “accurate reflection of Mr. O’Toole’s statement in its entirety” and they’ve disputed Twitter’s decision to slap a “manipulated media” warning on it.

They pounced Wednesday on the election commissioners’ ruling to double down on their accusation that O’Toole supports a two-tiered health care system.

“Yet again, a baseless Conservative allegation has been entirely rejected,” the party said in a statement, accusing the Conservatives of having “wasted the elections commissioner’s time in an attempt to score political points.”

“Erin O’Toole was clear that he supports private, for-profit health care. O’Toole talks up ‘universal access’ to health care, but to him that means one system for most Canadians, and another system for wealthy people to pay to jump the line.”

In the video, O’Toole praises Saskatchewan’s “brilliant” policy of allowing private MRI clinics to provide diagnostic tests as a way to reduce wait times in the public system. He suggests more such “innovation” is required.

“We have to find public-private synergies and make sure that universal access remains paramount,” he says.

Sect. 481 (1) of the Canada Elections Act specifies that it is an offence during an election campaign to distribute, transmit or publish any material “with the intent of misleading the public into believing that it was made” by an election official, political party, candidate or prospective candidate.

Conservative party lawyers had argued to Cote that Freeland’s post with the edited video violated that section of the act. They asked that he investigate to determine the identity of everyone involved in editing and transmitting the video and further asked that he force the Liberal party to remove it from all platforms.

The party did not immediately respond to request for comment on Cote’s decision not to pursue the matter.