Election 2019 in Canada Seems More About Personalities, not Policies 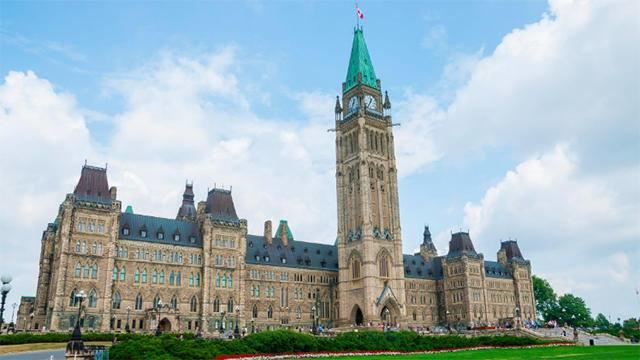 The moment many have been waiting for has finally arrived. Prime Minister Justin Trudeau visited the Governor General’s on Wednesday morning (September 11) to officially request the dissolution of Parliament to kick off the 2019 federal election campaign.

Election day will be Monday, October 21, as candidates from all parties will now fan out across the 338 federal electoral districts to earn people’s votes in order to get elected as Members of Parliament.

The majority of public opinion surveys show the governing Liberals and the opposition Conservatives as the most likely parties to form the next government. However, when asked what this election is really about, most people seem to know more about the negative aspects of the party leaders rather than the central issues driving this campaign.

Four years ago, Trudeau sailed in as the Liberal white knight, leading his party from third place to a majority government. While in the early years of his term he was seen as a dashing, international darling, the PM has lately been seen as out of touch and arrogant. He’s also been dogged by allegations of obstruction of justice with regard to the SNC Lavalin affair and the shuffle of his attorney general, Jody Wilson Raybould (who was subsequently turfed from the Liberal caucus after secretly recording a conversation with then-Clerk of the Privy Council, Michael Wernick).

While there are concerns over issues such as carbon pricing, taxes, the economy and whether everyday life is affordable, Trudeau’s team can put forward narratives about a record of doing various things, even though people may not agree with all of them. But it is striking to see in 2019 that Trudeau’s own Liberal candidates distancing themselves from their leader, in contrast to four years ago.

Meanwhile, the Conservatives under Andrew Scheer will also look towards setting the narrative of the campaign by focusing on how Trudeau has ‘made it harder to get ahead’ for Canadians. Scheer is looking to focus his policies on affordability, rolling out policies such as making EI benefits for new parents tax-free and cancelling the federal carbon tax brought in by the Liberals.

However, Scheer is dogged by the fact that he is not as charismatic or well known as his competitors or even fellow Tory leaders. In Ontario, voters are more likely to bring up negative thoughts about Premier Doug Ford than Scheer. In some Conservative circles, the potentially politically ruinous connection between the two leaders has caused some to speculate that Ford has essentially gone into hiding until after the federal election in order to avoid causing more damage to Scheer’s brand.

Another annoying narrative out there is that Scheer, a father of five children, ‘understands’ the plight of the average middle-class Canadian family. But let’s examine the facts: Scheer has been an MP since 2004, was House Speaker from 2011 to 2015 and became Official Opposition leader in 2017, which means he’s lived in government-subsidized housing for eight years. He’s as much of a ‘career politician’ than Trudeau is, if not more.

The only national party leader that could claim the mantle of understanding the plight of the average Canadian is NDP leader Jagmeet Singh, but his unique personal story has been overshadowed by a plethora of political problems, which I highlighted in an earlier piece.

All the problems the NDP are experiencing now, the low poll numbers, abysmal fundraising numbers and lack of relevance can be attributed to the rookie leader’s decision-making process. Singh seemed more preoccupied with having a strong social media presence than making sure the NDP was a relevant force in the political debate.

The fact that he literally did not go to an entire province, New Brunswick, for the duration of his leadership the last two years is rather amazing…as well as the subsequent switching of local provincial NDP members to the Green Party.

Overall, although the election should be about issues, it seems people know more about the various flaws of the party leaders those issues. Trudeau’s arrogance, Scheer’s image as being subservient to Doug Ford or Stephen Harper, and Singh’s immaturity and ineptness as a leader.

None of these men has yet articulated a compelling vision as to why they deserve to be the prime minister come October 21, nor have they demonstrated an understanding of the changing political climate in the era of Trump and populism.

There are 40 days in this campaign. Would that be long enough for something to change?