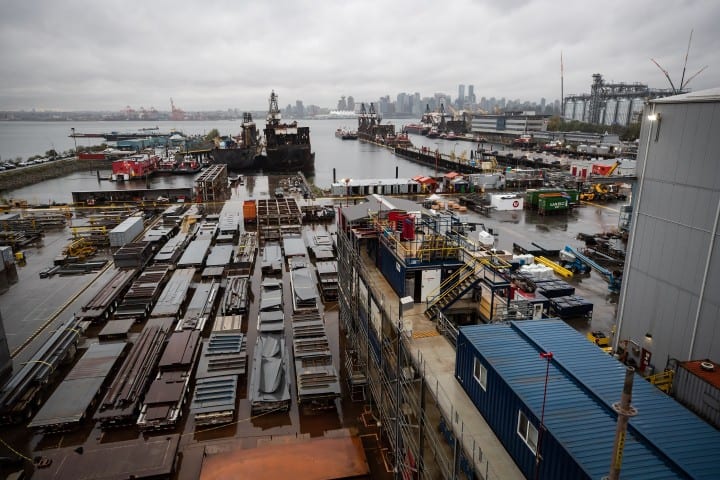 TORONTO — Eighty per cent of Canadian manufacturers surveyed in a new report are facing an immediate labour and skills shortage that was made worse by the COVID-19 pandemic.

A Canadian Manufacturers and Exporters survey of 563 companies across 19 sectors released Tuesday found the need for skilled labourers has been growing rapidly for years, but COVID-19 government relief, health concerns and family responsibilities are making the situation even more troublesome.

“Our skills gap that existed before the pandemic was just exacerbated by the pandemic and we need to make sure that everybody is working toward getting that next generation of workers in the sector,” said Dennis Darby, president of the CME.

His organization, which represents more than 2,500 companies across the country, said 70 per cent of manufacturers had a shortage of labour and skills in 2018, up from 40 per cent in 2016.

The CME believes government support measures for Canadians during the pandemic may be discouraging people from seeking jobs in manufacturing. Others, it said, may be disinterested in the sector or working altogether because they fear for their health and safety as the virus spreads or because they have childcare obligations.

“We also need to have a very solid commitment to actually getting the people whose jobs may have been displaced from other sectors trained up to be able to do jobs in manufacturing,” he said.

Addressing these problems quickly is important because the lack of qualified workers is impeding growth and limiting manufacturers’ ability to innovate and invest in technology  which it will need to serve future needs and keep up with competitors, said Darby.

His report also contains a glimpse of how the pandemic has been impacting manufacturers.

It said many experienced a simultaneous fall in demand and rise in supply chain disruptions in the early weeks of the pandemic.

While 30 per cent of manufacturers have seen production return to the pre-pandemic levels of February 2020 and another 6 per cent believe they’ll reach that threshold by the end of the year, not everyone is so fortunate.

About 10 per cent of those manufacturers surveyed say they are very pessimistic about the outlook of their businesses, including 5 per cent that predict that their sales will never fully recover.

The recovery has looked so different across the sector because manufacturing touches so many different industries and locations, Darby said. In many cases, the supply chains have yet to fully recover.

“In sectors like food and consumer products … they have been at capacity in many cases right across the country because a lot of those parts or ingredients are located or sourced in North America and the supply change smoothed out,” he said.

“In those industries that bring a lot of stuff in from overseas, a lot of those supply chains slowed down and they’re not completely back up yet.”

Alberta is facing the worst of the pandemic because of the impacts it has seen on the oil and gas sector, but areas of southwestern Ontario or Quebec have experienced decreased demand for items too, Darby said.

Across the country, all manufacturers were forced to adapt quickly to protect their staff.

About 60 per cent of those surveyed are purchasing personal protective equipment to keep workers safe. Their average PPE costs were estimated at $201,500 but are expected to reach $373,400 by the end of the year.