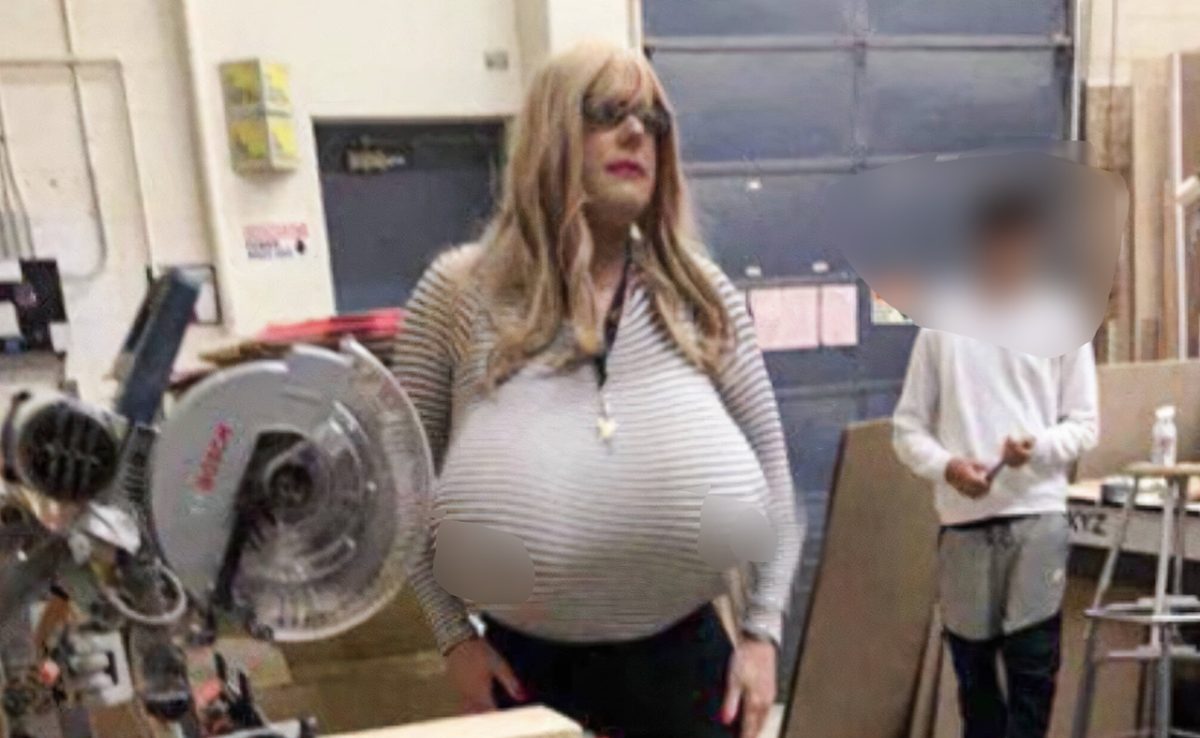 The teacher at the centre of controversy at Oakville high school

Ontario Education Minister Stephen Lecce, backed by a report from the Ontario College of Teachers (OCT), says the Halton District School Board has not done enough to ensure the safety of students at an Oakville high school where death threats are continually made over the presence of a provocatively dressed transgender teacher.

Speaking to the media yesterday (Dec. 19), Lecce said he believes the Board can enforce workplace standards against the teacher, now known as Kayla Lemieux. Still, Lecce stopped short of saying she should be disciplined or fired and he would not say if he will intervene in the matter.

The continuous wearing of the outfit has brought worldwide attention to the school and some parent groups have demanded that Lemieux be removed from teaching.

Despite the protests, the Board has determined it cannot discipline the teacher over fears of legal and human rights violations.

The Board’s response has led to protests at the school along with bomb scares and death threats.

However, responding to a request by Lecce to intervene, the OCT says that current workplace standards and governing legislation address teacher professionalism in the classroom and how they are expected to conduct themselves.

“All Ontario certified teachers, in their position of trust, are expected to demonstrate responsibility and sound judgment in their relationships with students, parents, guardians, colleagues, educational partners, other professionals, the learning environment and the public. Teachers are required to uphold the standards of their professional practice and ethical standards both in and out of the classroom,” the OCT says in its report to the education minister.

Lecce went on to say the Oakville-Trafalgar school community is disappointed with the way the Board has handled the situation, and he agrees. Pointing to the OCT report, he said he believes the Halton District School Board has the authority to enforce employment standards regarding the school’s current situation.

The education minister added the Board has an obligation to ensure safe classrooms and respectful learning environments and that teachers need to uphold “the highest professional standards” when on the job.

The Board has yet to officially respond to the OCT report or to Lecce’s remarks.

In the meantime, the controversy surrounding Lemieux continues to swirl with rumoured reports that students have been warned not to take pictures of her and not to talk to the media about the matter. Other rumours indicate the Board has hired security to escort Lemieux to and from school each day.

These reports have been denied by a Board official.

Halton Regional Police have been kept busy with the ongoing situation, responding to several bomb scares at Oakville-Trafalgar as well as dealing with death threats aimed at school and Board officials.

Also, police are often seen stationed at the school.