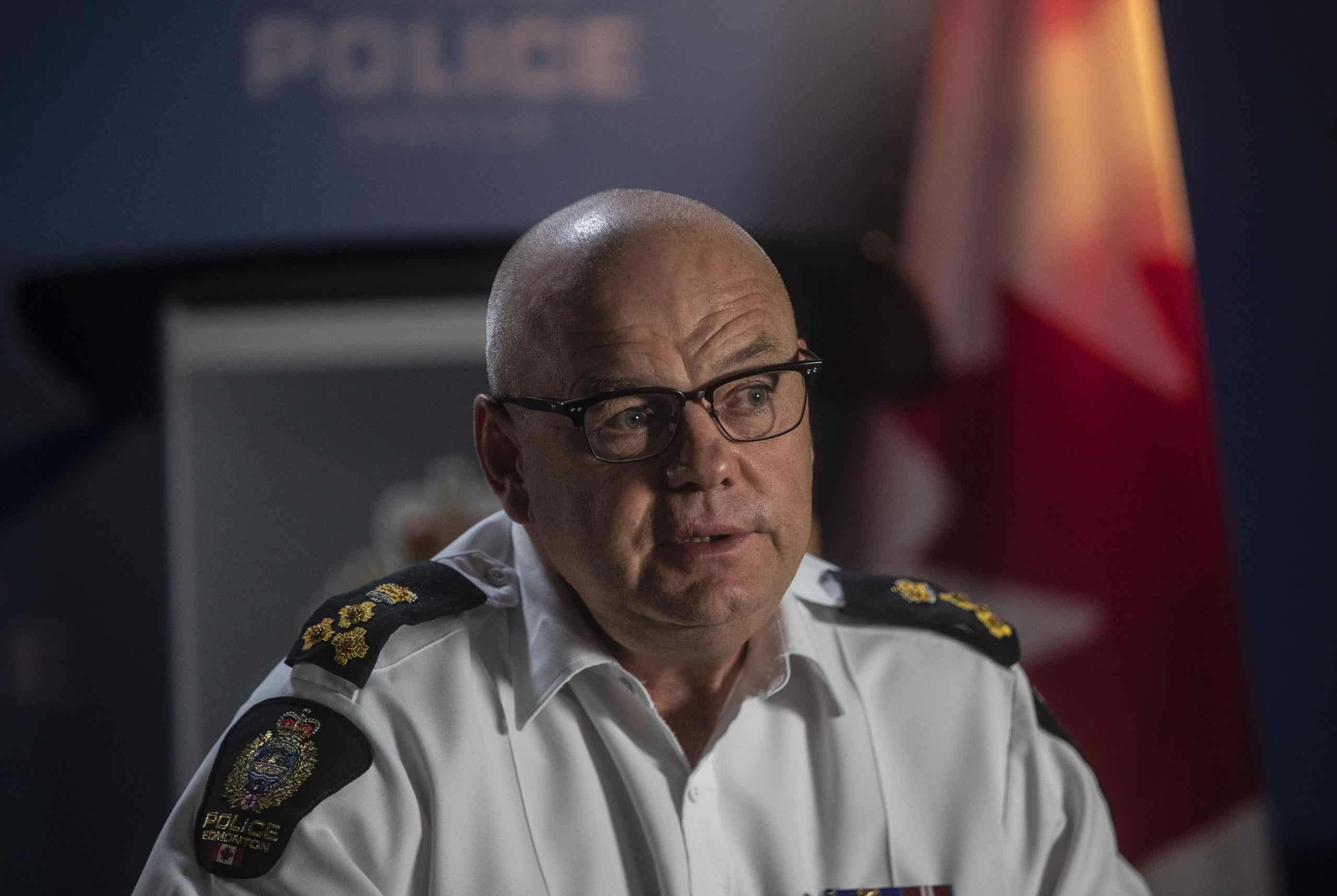 EDMONTON — Police in Edmonton say officers shot and killed a robbery suspect Wednesday night, but a man in a nearby apartment building was also hit by gunfire.

“An innocent person not involved in this has lost a life,” said police Chief Dale McFee.

McFee, who was visibly shaken during the Thursday morning news conference, said he’s not sure how many bullets were fired or how the person in the apartment building was shot.

At the building where the person was killed, a bullet hole can be seen in the bottom corner of a basement apartment window.

Police were called to a report of a man with a gun robbing a liquor store downtown on Wednesday evening, the chief said.

Officers located a suspect a few blocks away and McFee said there was a confrontation. The officers fired their guns.

McFee said a firearm was located on the scene.

He said the officers involved in the shooting have been removed from duty for their mental well-being.

The Alberta Serious Incident Response Team, the group that investigates police-involved shootings, has been notified.

McFee said he cannot speculate about what happened but it’s been a very difficult situation for everyone involved.

“It’s difficult for all. It’s tragic,” he said.

The shooting took place only days after a separate fatal police encounter in Calgary. Latjor Tuel, a 41-year-old Black man born in South Sudan, was shot and killed on Saturday.

Of those, Edmonton police were involved in five shootings last year — three of which were fatal — up from four shootings the year before.

It’s rare to have a bystander injured or killed in a police shooting in Canada.

The most recent incident was in November 2020 in Ontario. An 18-month-old baby was killed when Ontario Provincial Police opened fire on his father’s truck. The father was also killed.

— With files from Kelly Geraldine Malone in Winnipeg