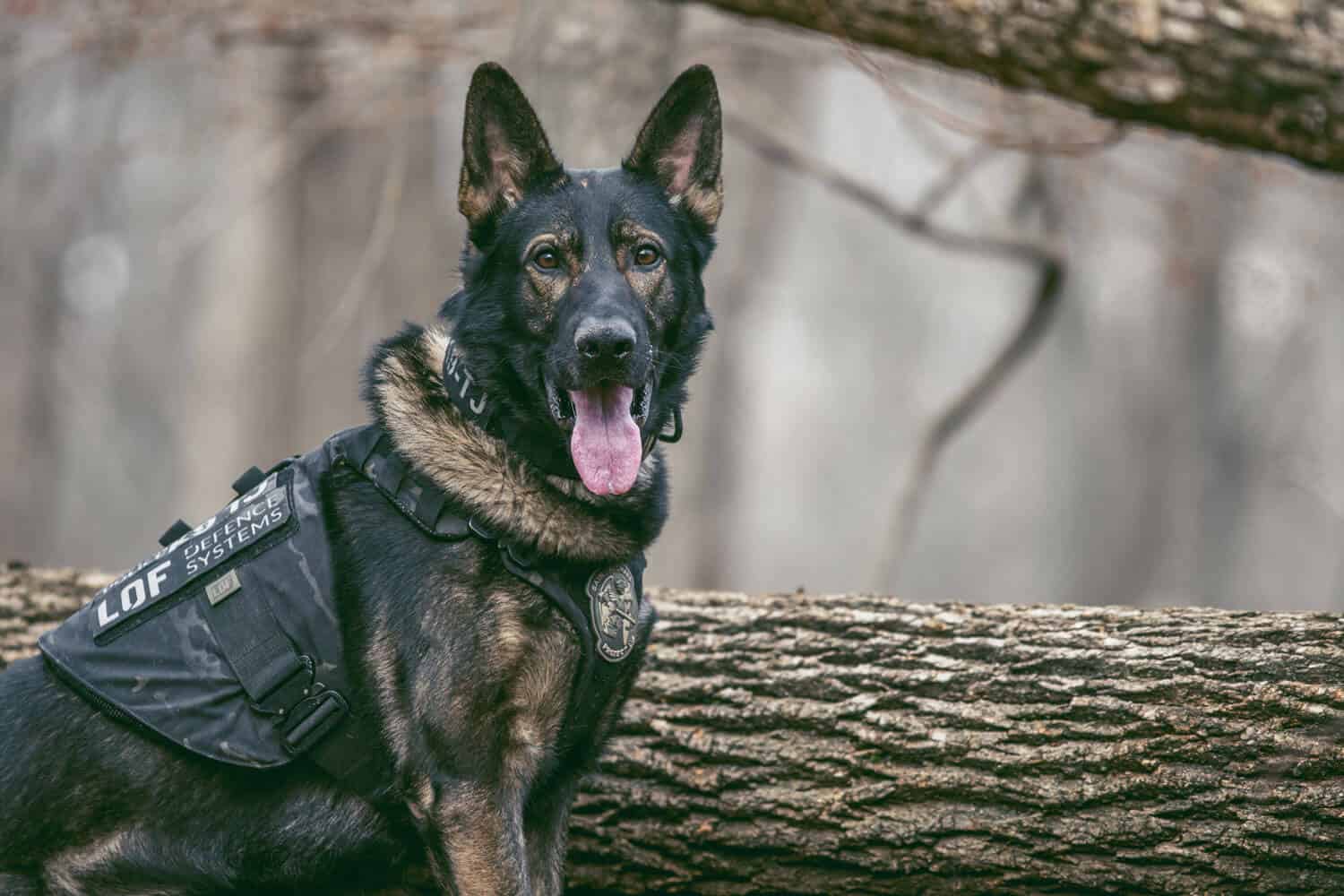 The July 17 fire that engulfed a Durham Police evidence and vehicle storage building in Clarington took out more than some evidence and a few vintage police cars; it also destroyed protective gear and other equipment used by the K9 Unit.

That’s when Line Of Fire (LOF) Defence Systems, an Edmonton-based supplier of body armour and other protective equipment for police forces and the military, reached out and donated “multiple sets” of K9 armour, leashes and patches.

“It’s generosity like this that reminds us how lucky we are to have such gracious and committed corporate partners – thank you,” DRPS responded on Twitter.

🔴THANK YOU🔴@DRPS_K9 continues to recover from the Fire we suffered at the K9 Div last week. Equipment suppliers are urgently providing our Team with essential K9 equipment to keep Handlers & Hounds operational during this trying time. Thank You for all the well wishes#pushon pic.twitter.com/3k1P4UfIsd

LOF said it was an easy decision to help out DRPS, especially as they have been a “long time and loyal client” as well as a collaborator who provided input in the development of LOF’s ‘K9 Streetfighter’ harness in its early stages.

“DRPS supported us when we first started as a company so when we heard the news about the fire and how the K9s were taken off the street for not having protective gear, we wanted to help them out, take the stress off them and get the K9s protected,” the company declared. “With them having our K9 gear prior to the fire, we wanted to help replace some of their gear at no cost, to get them back on shift.”

“Our main goal here at LOF Defence Systems is to help save and protect lives.”

The fire at the storage facility, located on Courtice Road, destroyed an assortment of police equipment that included K9 vehicles and equipment, the tactical unit’s bomb truck, ammunition, uniforms, incident command truck, a marine boat, vintage police cars and vehicles to be used as evidence for upcoming trials.

❤️THANK YOU❤️
Last month, after suffering a devastating Station fire, @LOFDefence reached out to us & donated multiple sets of K9 armour, leashes & patches. It’s generosity like this that reminds us how lucky we are to have such gracious & committed corporate partners.#ThankYou pic.twitter.com/IF6mQD93sB