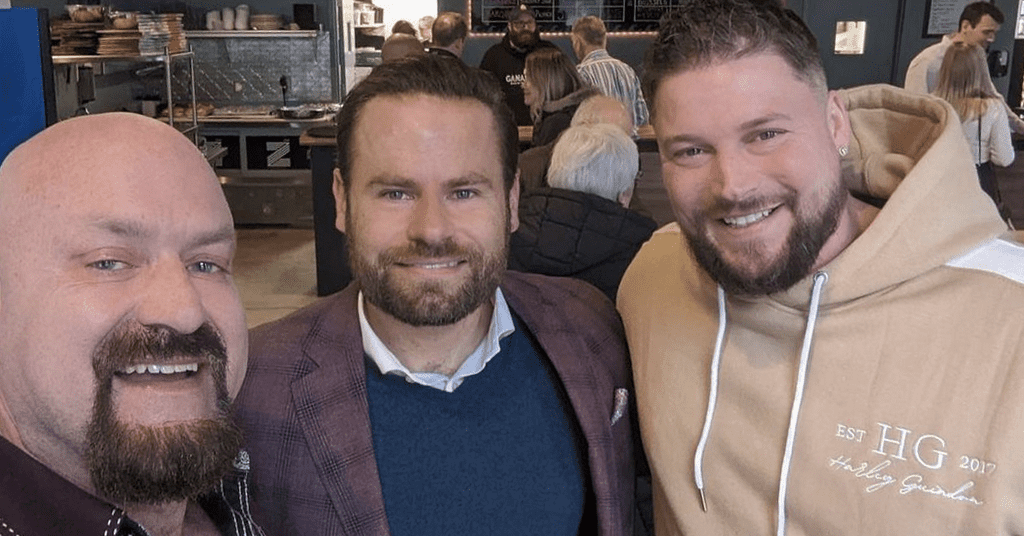 Northumberland-Peterborough South MPP David Piccini, whose riding includes Clarington’s eastern reaches, has been endorsed by an Instagram influencer and businessman with ties to the Hells Angels and the original Satan’s Choice.

As reported by Press Progress, Piccini was at a ‘get together’ on April 7 in advance of his now-ongoing provincial election campaign.

The momentum is building!

Incredible turnout for #TeamPiccini get together tonight. @fordnation @OntarioPCParty are getting it done. Excited for the days, weeks ahead as we continue to talk about our plan to #BuildOntarioTogether https://t.co/dQf2jFuld5

Among the assembled crowd, was one Harley Davidson Guindon, an Oshawa-based Instagram influencer and clothier. Guindon has another claim to fame beyond his social media presence as the son of Satan’s Choice “godfather” Bernie Guindon.

Bernie grew up in Oshawa spending his youth deep in Oshawa’s criminal environs marked by frequent violence. He joined his first club at age 17, then formed the Phantom Riders around 1964. This club in turn merged with other Ontario clubs to form Satan’s Choice, a “super-club” which became the largest outlaw motorcycle club in Canada. 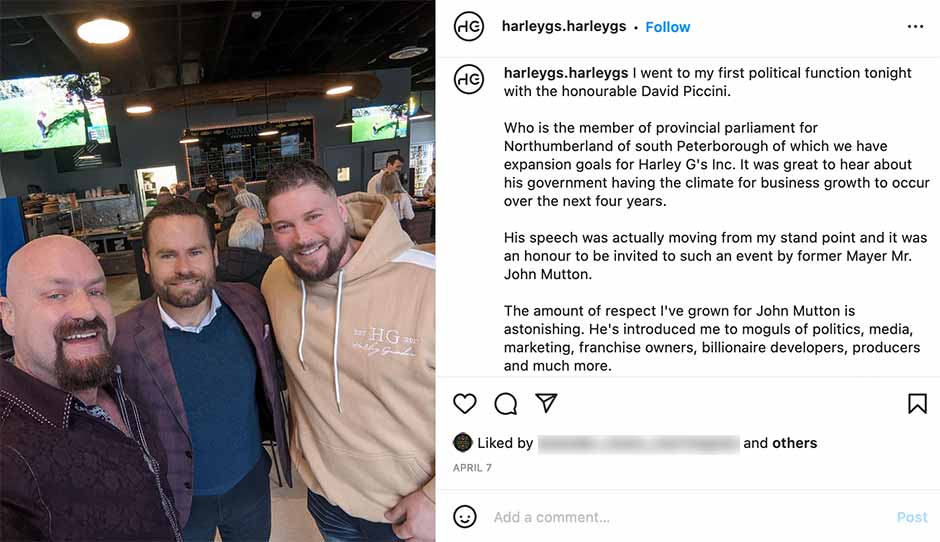 Satan’s Choice would become the largest drug distribution network in Ontario and Montreal. By 1970 the club sported 300 members across 12 chapters as the second largest biker gang in the world, behind only the Hells Angels.

Expansion brought the gang into several major conflicts that marred Ontario his conflict came to be known as Satan’s Choice-Popeyes War, which in turn led to the First Biker War of 1977-1984 between the Outlaws and the Angels as they both tried to expand into Canada.

By 1974 Satan’s Choice began manufacturing PCP and crystal meth and were allied more closely with the Outlaws club for distribution south of the border, though by 1984, the Outlaws had poached all but four chapters.

The 1990s were marred by violence as Satan’s Choice went to war with the Loners, a Hells Angels backed club. Several bikers on both sides of the were shot and the conflict became explosive with numerous cars associated with the clubs bombed and the headquarters of each club were hit with rocket launchers in August 1995.

Seven police forces, including Durham Regional Police, committed 300 officers to Project Dismantle to bring down Satan’s Choice in club. In May 1996, 191 members were arrested on nearly 1,200 combined charges.

In 2000 Satan’s Choice “patched over” and joined the Hells Angels. Bernie left the club in good standing in 2006 and still lives in Oshawa.

Harley Guindon carried on the family legacy and also joined up with the Hells Angels. Just prior to his father’s retirement, in 2005, Harley was arrested on a battery of charges including  assault causing bodily harm, forcible confinement and extortion with a firearm. He pled guilty to the charges in 2007 and has done other prison over the years including a term in Millhaven Institution.

Harley opened Harley G’s, a biker-themed clothing outfitter in south Oshawa in 2017. He spent the last five years building up a nearly 8,000 strong Instagram follower base and expanding into satellite locations.

According to a since-deleted Instagram post, Harley G’s is eyeing an expansion into Piccini’s riding which covers parts of Durham, Northumberland and Peterborough County.

In that same post, Harley said “I went to my first political function tonight with the honourable David Piccini…It was great to hear about his government having the climate for business growth over the next four years.”

“It was actually moving from my standpoint,” he continued, “and it was an honour to be invited by former Clarington Mayor John Mutton.”

Mutton served as Clarington mayor from 200-2006. His re-election bid in 2006 and a campaign for Durham Regional chair in 2018 were derailed following allegations of spousal abuse, which he has denied.

Harley credits Mutton with introducing him to “moguls of politics, media, marketing, franchise owners, billionaire developers, producers and much more.”

Piccini for his part, claimed he neither knew Guindon nor invited him to the meet-and-greet according to a statement to Press Progress.