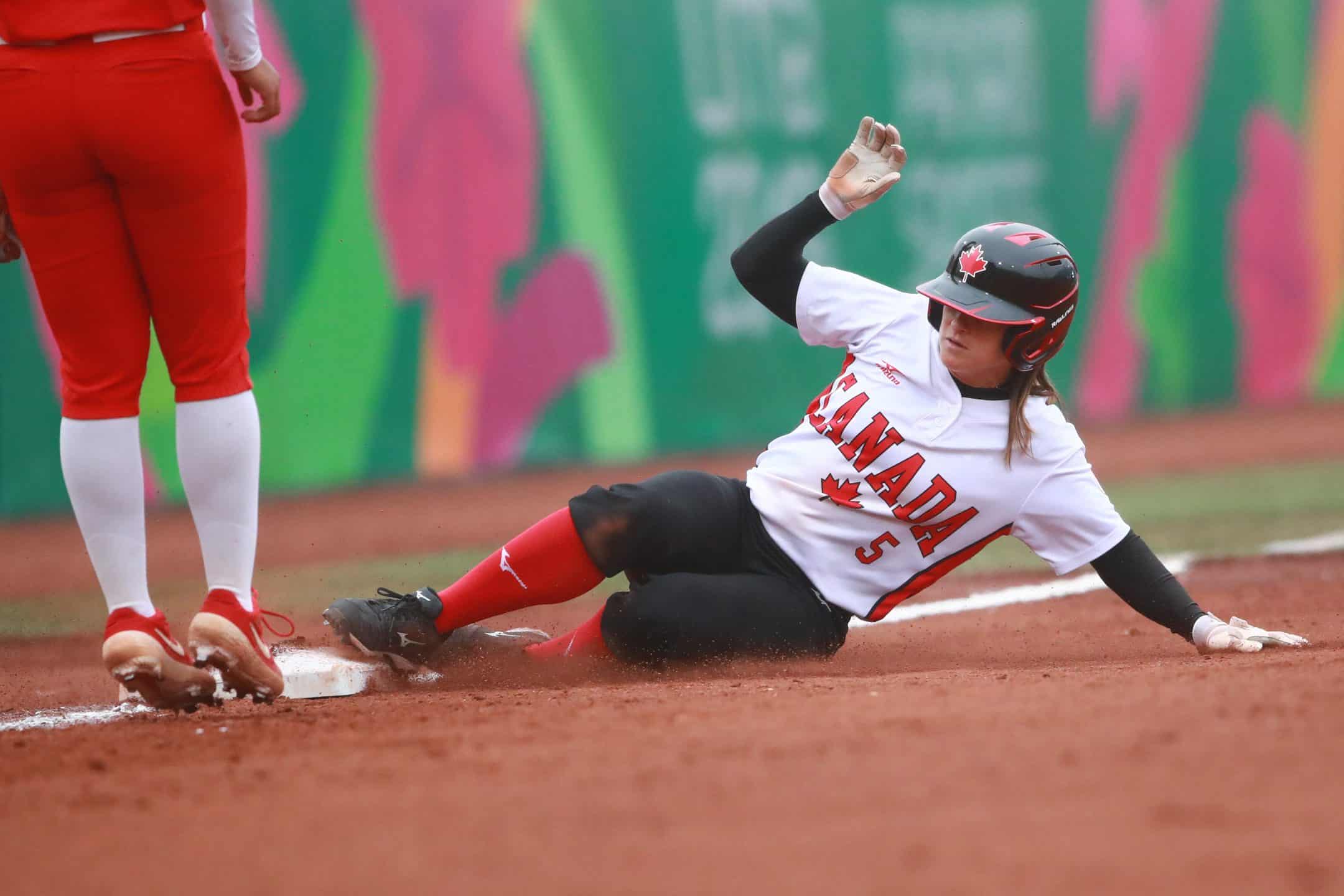 How did Durham’s Olympians do on the weekend? They earned an Olympic medal, for one thing. Or, to be more accurate, Jessica Klimkait of Whitby did, earning bronze in the 57 kg class in Judo with a victory by ippon over Slovenia’s Kaja Kajzer.

Ava Stewart of Bowmanville, all of 15 years old, saw her Olympics end in Artistic Gymnastics, but not before a respectable showing in all her events.

Stewart finished 45th in the Floor Exercise, 45th in the All-round, 47th in the Uneven Bars and 61st on the Balance Beam. She also helped Canada to a tenth-place finish in the team category, just missing a spot in the finals. The top eight qualify.

The Canadian Softball Team took two of three weekend games – trouncing Australia 7-1 and dropping a 1-0 heartbreaker to Japan before beating Italy 8-1 earlier today. The Japanese loss took the Canadian women out of gold medal contention and put them into the bronze medal match against the winner of Mexico-Australia.

Beaverton veteran Joey Lye featured as a pinch-runner against Japan and scored in the fifth against Italy when Canada put the game out of reach with three unearned runs.

Canada’s National Women’s Soccer team continued to roll along towards the medals, earning a 2-1 victory over Chile in second-round action, Janine Beckie scored both goals, Ajax’s Nichelle Prince was an offensive force up front all game and Whitby’s Kailen Sheridan went the distance in net.

Canada’s next match – a battle for first in the group – is tomorrow against Great Britain.

Canada’s Men’s Field Hockey Team is in tough in their pool. The squad was trounced 7-1 by Germany in their first game and were beaten 3-1 by Great Britain in match two yesterday. Pickering’s Keegan Pereira scored Canada’s only goal – on their only shot – in the Germany game.

In Badminton, Pickering’s Nyl Yakura, with partner Jason Ho-Shue, are 0-2 after two matches in their pool.