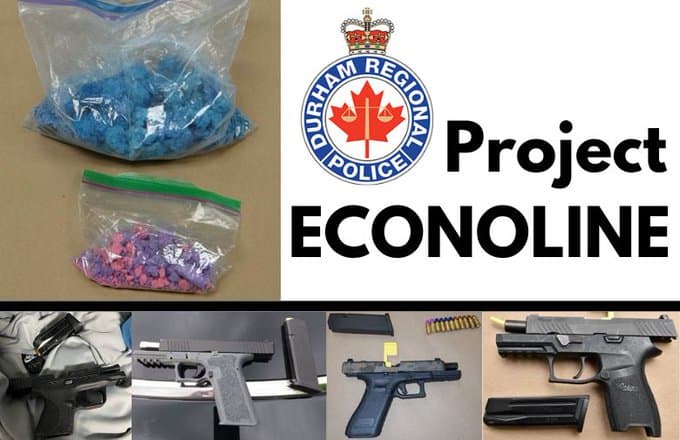 A five month investigation into fentanyl trafficking in Durham has resulted in 44 arrests and a total of 149 criminal charges laid as Durham Police try to put a dent in the rising number of opiate-related deaths in the region.

In our continued dedication to the Durham Region Opioid Response Plan related to a significant increase in opioid-related deaths within the community, investigators launched Project ECONOLINE. The DRPS Drug Enforcement Unit and the Central East Division Community Response Team led numerous investigations into fentanyl traffickers in areas impacted by the opioid crisis.

The team executed 30 search warrants within the GTA and seized 2.7 kilograms of fentanyl, 693 grams of cocaine, 3.8 kilograms of methamphetamine and quantities of prescription medications, all with an approximate total street value of $1.1 million.

Durham Police believe Project Econoline has made a “significant impact” on the availability of fentanyl in areas experiencing high overdose rates.

“These investigations into drug-trafficking and the arrests of those responsible have disrupted multiple smaller trafficking cells and deterred traffickers from dealing drugs within the Region of Durham,” DRPS said in a statement.

Some provincial funding for the operation was provided by the Criminal Intelligence Service Ontario (CISO), which supported the DRPS investigation.

Anyone with new information about this investigation is asked to contact the DRPS Drug Enforcement Unit at 1-888-579-1520 ext. 5801.