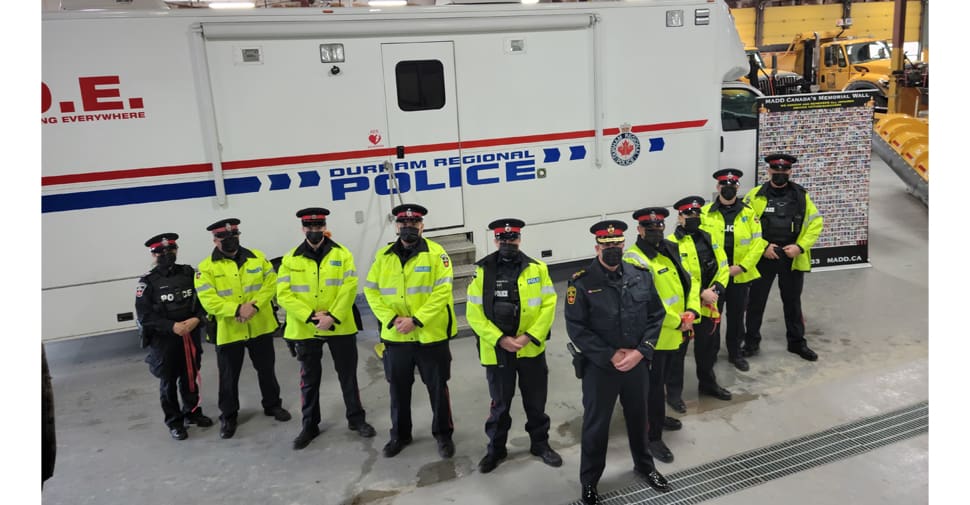 A total of 261 vehicles were stopped at three locations across the region in Oshawa, Pickering and Whitby.

The program runs for eight weeks every year over the holiday season and police are expecting a rise in stops this year after dip during the height of the COVID-19 pandemic last year. This year has already seen an uptick in impaired driving as restrictions have been gradually eased throughout 2021.

In 2019 police stopped nearly 20,000 cars and charged 104 drivers with impaired driving during the campaign. Those numbers dipped to around 8,500 stops and 51 charges in 2020 due to lockdown restrictions.

Officers stopped nearly 50 more vehicles this year in the first day than they did in the first two days of 2020, though the number of charges are about on par. Six people were given a breathalyzer compared to 14 in last year’s two-day period. One person was given a suspension on the weekend, two less than last year’s period. One novice driver caught a suspension, the same as 2020.

Three of the drivers charged on the weekend were allegedly impaired by alcohol and one by drugs.

Impaired drivers are automatically slapped with a 90-day licence suspension and seven-day impound under the Ontario Highway Traffic Act.

The message regarding impaired driving from DRPS remains the same it always has been, according to Durham Police Chief Todd Rollauer: “it will not be tolerated on our roads.”

“We hope motorists will always make the right choices before getting behind the wheel of a vehicle,” Rollauer said at the campaign kick-off.

“With the festive season upon us and more parties and celebrations, please be proactive and make alternative means to get home if you plan to take anything that will impair your ability to drive. If you believe you see an impaired driver, please call 9-1-1 and let’s all do our part to keep each other safe this holiday.”

The Festive RIDE campaign launched alongside MADD Canada’s Red Ribbon Campaign to spread awareness of the harms caused by drunk driving. The campaign runs from November 1 to January 3 distributing thousands of ribbons and pamphlets.

MADD Canada runs numerous such campaigns including highway signs in memory of those killed by drunk drivers, such as Richard Lindsey, a security guard killed three years ago. A sign stands in Ajax honouring Lindsey, who Durham Police cited as a hero for his own efforts stopping a drunk driver just hours prior to his death.