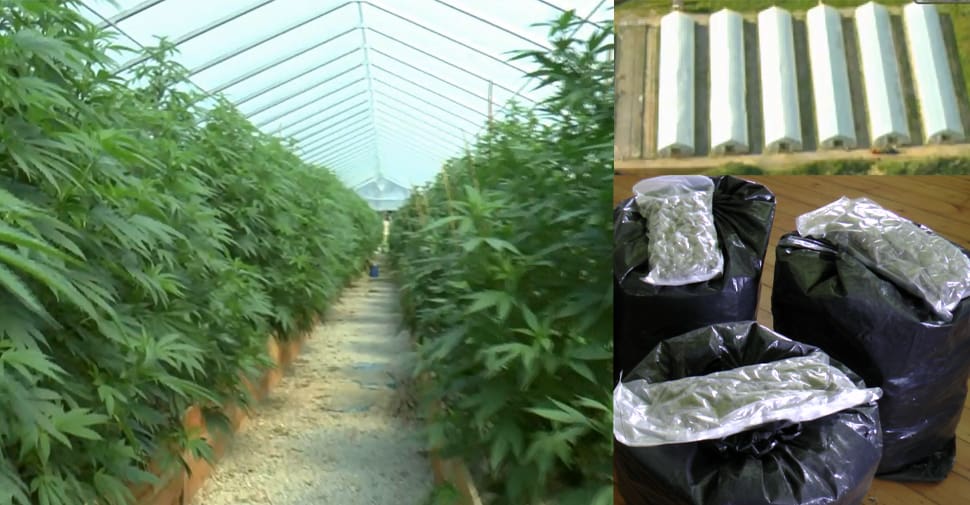 Durham Regional Police said they have charged four people after a cannabis grow-op was uncovered in Goodwood.

In a press release issued Thursday (Aug. 12), police said that on Wednesday Aug. 4, 2021, officers from the service’s drug enforcement unit executed a search warrant at a property on Durham Regional Hwy 47.

As a result of the search, police said more than 2,000 cannabis plants were removed from the scene. Plants were reportedly found both inside and outside on the property and more than 1,000 pounds of dried cannabis was also found, some of which was packaged in vacuum-sealed bags and believed to be ready for distribution.

Through investigation, police said it was determined that one license had been issued for this location for 463 plants, designated for indoor growing only. Investigators found eight temporary greenhouse structures on the property.

Animal Welfare Services were also called after officers found a number of dogs and puppies living in improper conditions.

Hoan Tu, age 43 of Uxbridge, Quan Fu, age 46 of Markham, Tat-Wai Lei, age 41 of Markham, and Miner Lin, age 49 of Vancouver, are charged with unauthorized production under the Cannabis Act, police said in the release..