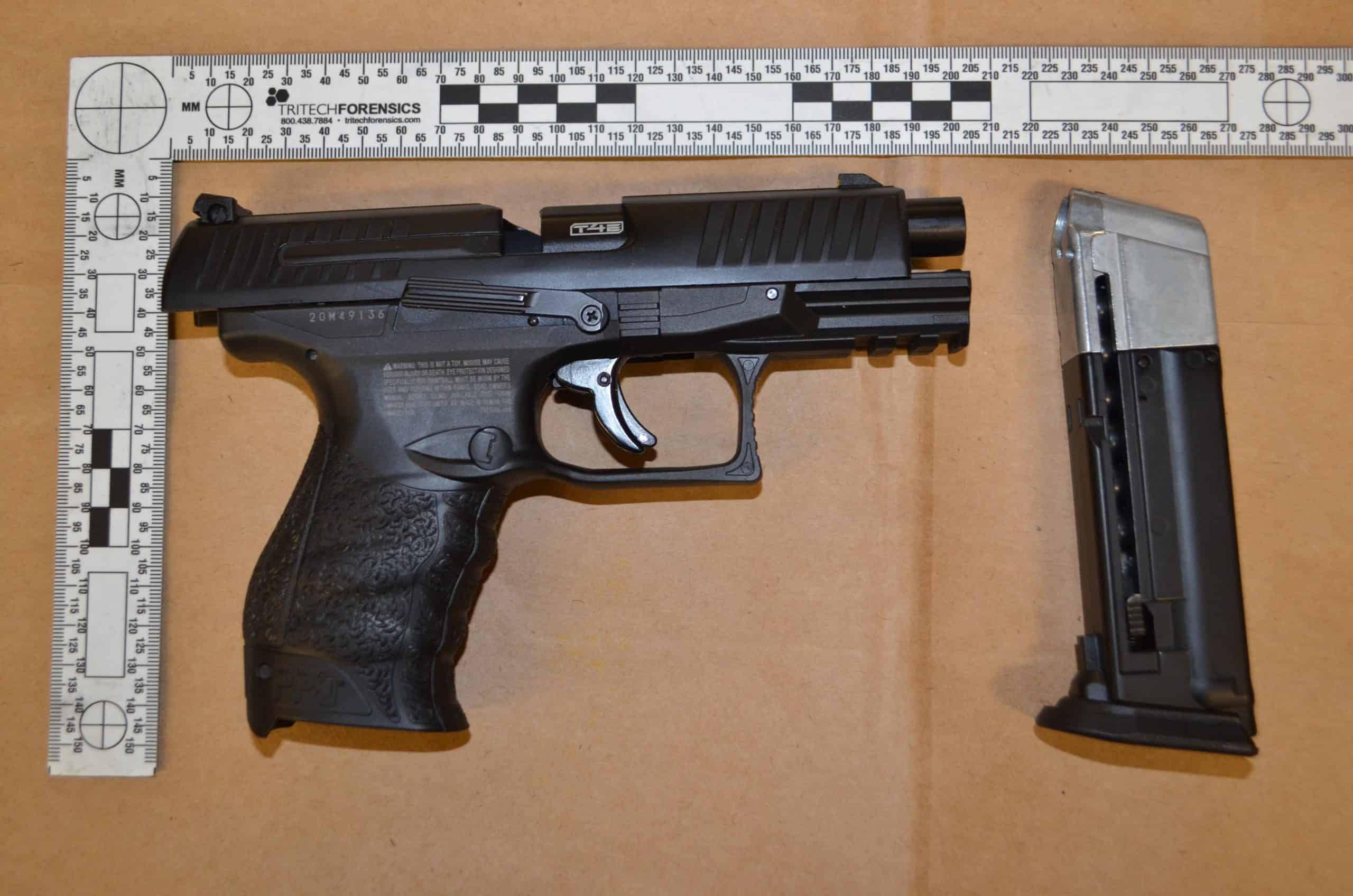 A Durham man face charges after allegedly pulling a fake gun while in traffic on Hwy 401.

The OPP Highway Safety Division reported the man’s arrest on June 13 around 10 a.m. While they did not disclose the circumstances, the OPP said the man was charged following a road rage complaint.

The list of charges implies the alleged road rage incident, a police pursuit and drawing the weapon.

The man, a 39-year-old from Durham Region, is charged with; pointing a firearm, possession of weapon for dangerous purpose, flight from police and dangerous driving.

“What would you think if someone pointed this at you?” the OPP asked in their release.