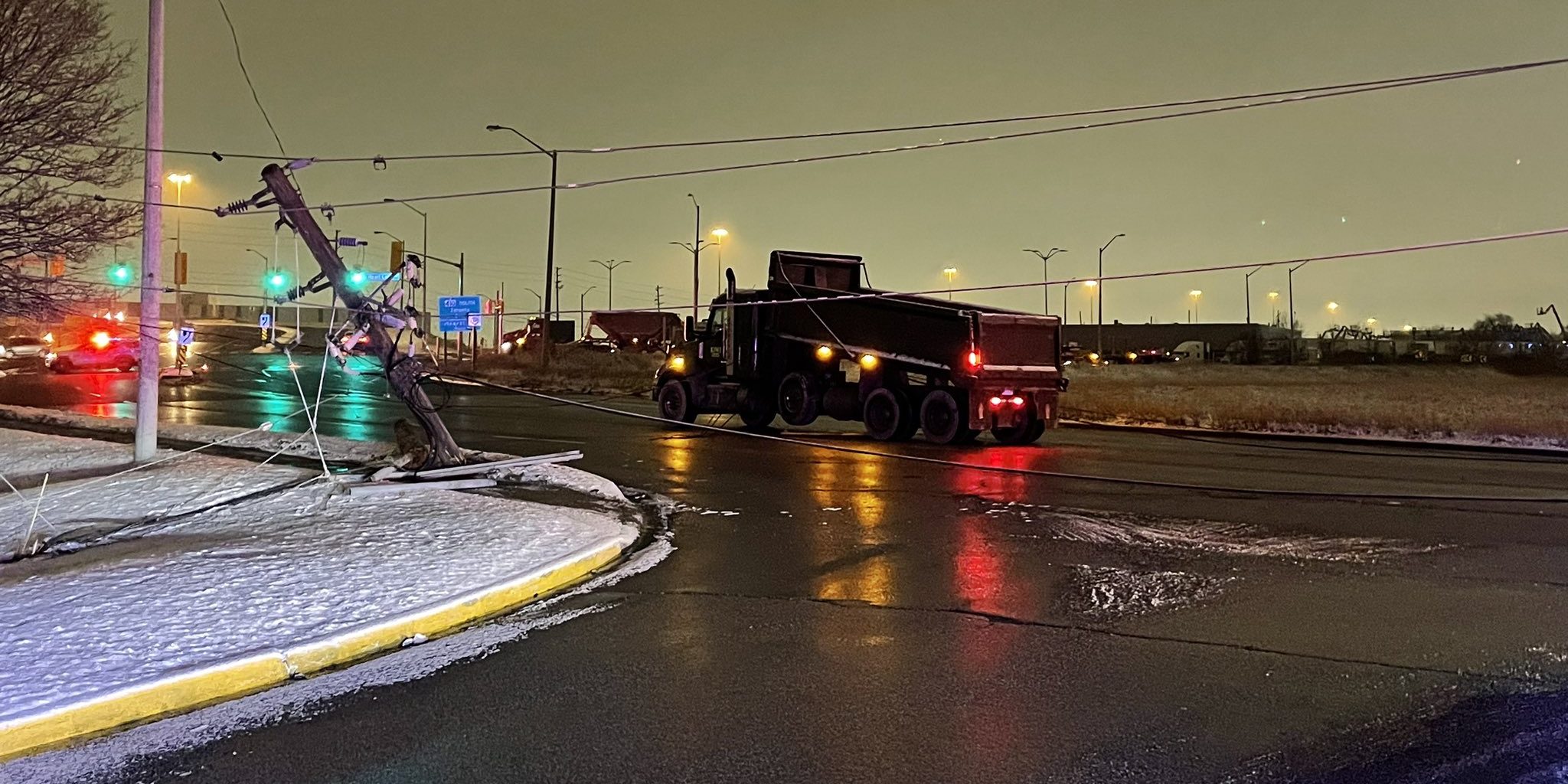 Nearly 600 hydro customers are without power after a dump truck with a raised bucket took down wires Monday morning. (Peel Regional Police photo)

Crews are working to restore power in Brampton after a dump truck with a raised bucket took down hydro wires Monday morning.

The incident happened around 6:15 a.m. on Clark Blvd. between Heart Lake and Rutherford roads.

Peel Regional Police tweeted that there would be no access to the “No Frills plaza” from Clark Blvd. until work is completed.

COLLISION
– Queen St/ Clark Blvd #Brampton
– Dump truck w/ its bucket up has taken down hydro wires
– Clark Blvd shut down btw Heart Lake Rd & Rutherford Rd & will be shut down for several more hours
– No access to No Frills plaza
-No injuries
– RC 6:28am
-23-0025970 pic.twitter.com/Oup2oj8LX7

Approximately 587 Alectra Utilities customers are without power due to the incident.

The hydro company says power is expected to be restored by 11:30 a.m. Monday and police said Clark Blvd. will remain closed until around 6:00 p.m. 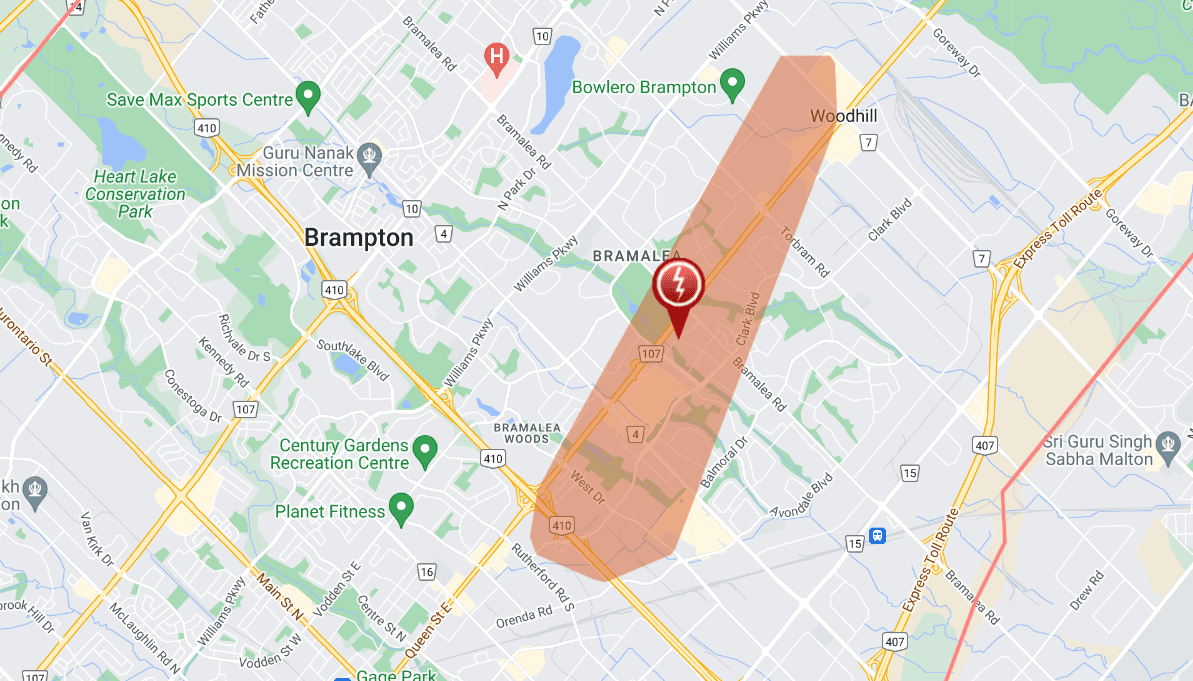