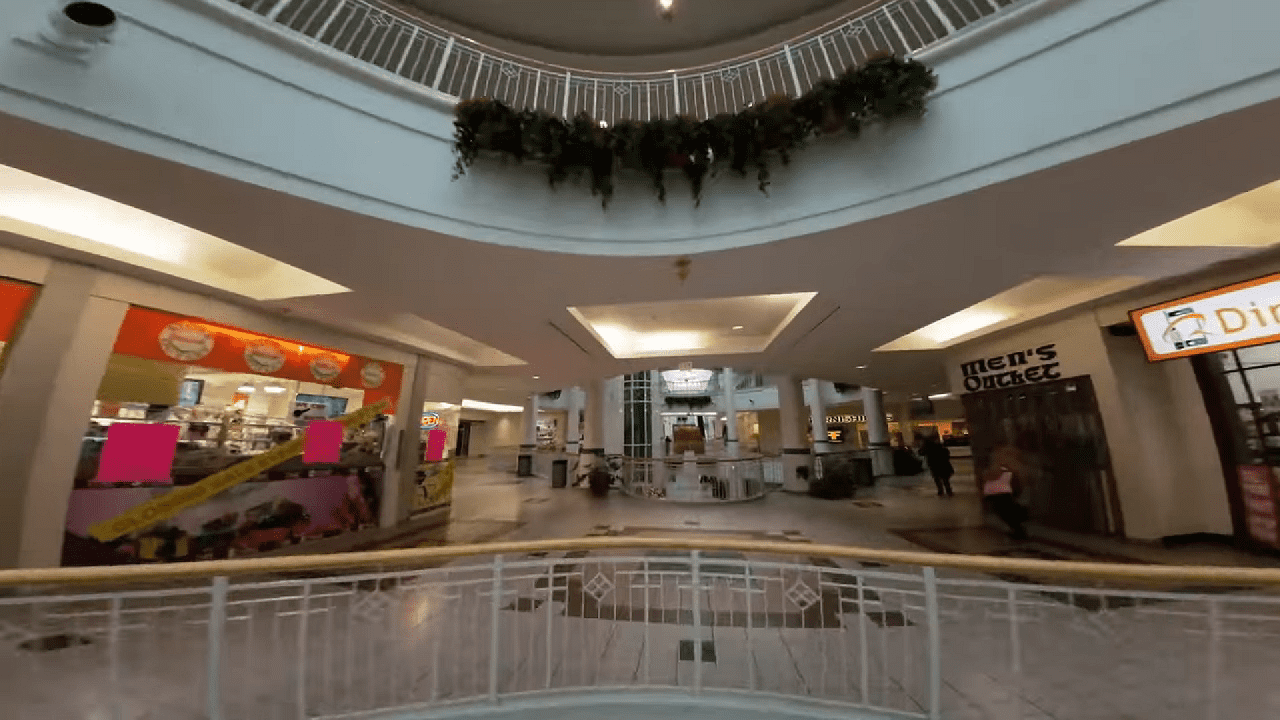 An intrepid operator paid tribute to three-plus decades of commerce and community at downtown Hamilton’s City Centre mall by flying a drone through it before it closed for good.

The three-minute video, posted by a YouTuber who goes by the handle Daft, captures the mall in all of its about-to-be-bygone grandeur, symbolized by its glass elevator and the domed windows that let in natural light to enhance energy.

City Centre closed permanently at 5 p.m. on New Year’s Eve (Dec. 31). The drone Skywalkered through each level of the mall, with the operator executing a couple of stomach-churning barrel rolls. Eventually, an employee, who appeared to be site supervisor Solomon Zewge, appeared on scene, and it was time to depart.

City Centre, which was at the corner of York Blvd. and James St. N., and was attached to but separate from Jackson Square Mall, had a colourful if chequered history.

It opened in 1990 as a joint venture between Cadillac Fairview and Eaton’s, with the retail giant intended to be the anchor tenant. Eaton’s collapsed in ’99, but the mall stayed in business. It included the Hart discount store, a furniture retailer, the Taj Mahal specialty grocery store, and until the pandemic, a Crunch Fitness gym.

The current owner, IN8, is redeveloping the site for 2,000-residence condominium project that will take close to 10 years to complete. The design will keep the clock tower, which was part of the former Hamilton city hall.

The downtown block between Bay and James streets, and York and King St. W., is in for major changes over the next few years. The FirstOntario Centre arena is also going to be unavailable for local sports teams in ’23 and ’24 as part of a renovation by the Hamilton Urban Precinct Entertainment Group.