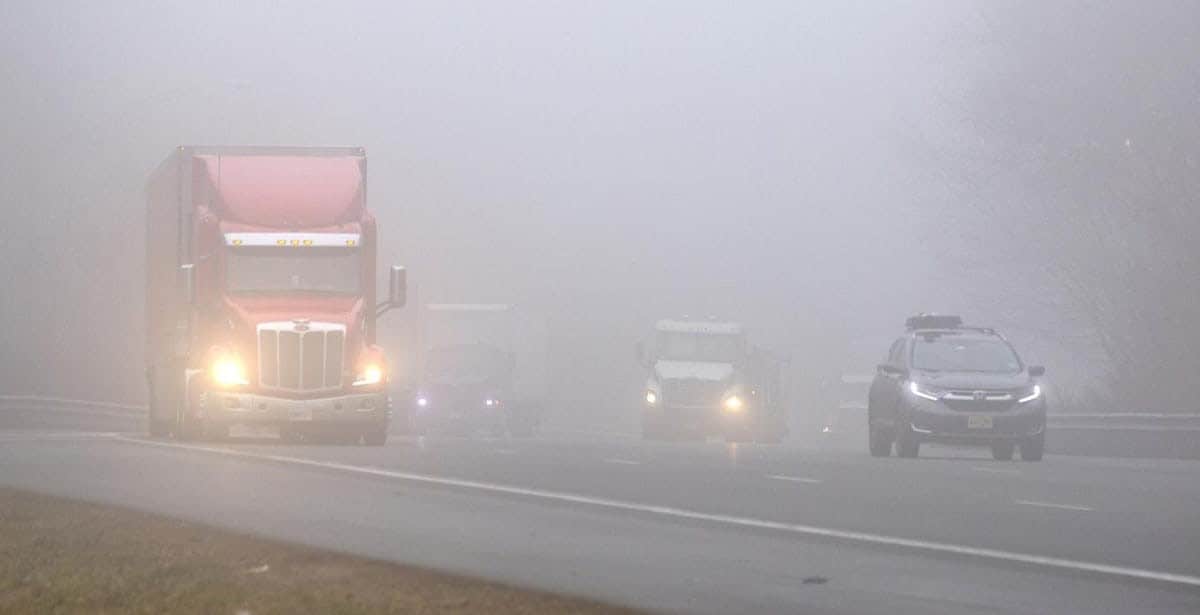 As well as the rain turning to snow tonight (Jan. 12) in most of the GTA and Golden Horseshoe, drivers are being warned about heavy fog rolling into Mississauga, Brampton, Hamilton, Halton, Durham and Niagara by rush hour.

Environment Canada is calling for “Near zero visibility in fog is expected or occurring” in all those regions.

The weather agency added, “Areas of dense fog are expected through this afternoon. Fog may persist into the early evening for some areas, particularly over higher terrain.”

“Travel is expected to be hazardous due to reduced visibility in some locations. If travelling, be prepared for areas of near-zero visibility. If visibility is reduced while driving, slow down, watch for tail lights ahead and be prepared to stop.”