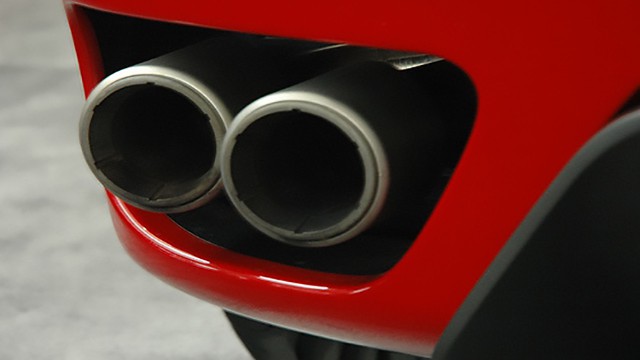 Looking to show off your new wheels? There are still some weeks and one long weekend of summer left, but before you hit the open road, remember: make sure your muffler’s in good shape.

For those scratching their heads, wondering what a muffler is, Popular Mechanics describes them as “a canister with internal tubular passages…designed to gradually reduce the pulsations of flowing exhaust gas. The slowdown creates back pressure in the exhaust system, all the way back to the engine itself. This slows down the exit of exhaust gas from the engine, reducing its performance.”

Some engines use larger mufflers to get around the performance reduction caused by slowed exhaust flow. This, however, can make those engines noisy. Even so, with proper use of silencing materials, you can meet the legal noise and smoke restrictions.

If you don’t, it could cost you.

Back in May 2007, Bill 229 amended the Highway Traffic Act to put the brakes on noisy vehicles. The bill’s explanatory note states:

Peter, who lives in a condo near Confederation Pkwy and Prince of Wales Drive says he likes to have his patio door open because it’s summer, but every 45 seconds a loud car drives by.

“Confederation Pkwy has become a bit of a runway for people to showoff how loud their car can be,” he said. “Most of these cars are obnoxiously loud and lack a muffler or proper exhaust system. I’ll turn my head and look out the window if there’s a nice exotic car driving by, but the local automobile enthusiasts aren’t doing anyone any favours.”

Sgt. Josh Colley with Peel Regional Police says loud mufflers are not a frequent concern for their officers given the number of other prioritized offences on Mississauga’s roads, such as speeding, in particular. This suggests tickets remain a last resort.

Still, he says, it’s the law and you can be charged.

When drivers are stopped under Section 75(1) of the Highway Traffic Act, which deals with muffler noise, they can face a $110 fine.

So, get your motor running, get out on the highway…but when you do, you may want to reconsider showing off that loud engine.