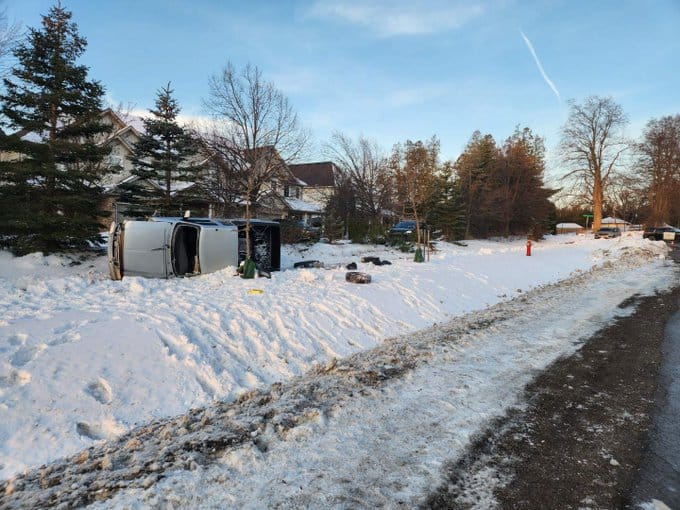 One man has been rushed to hospital in critical condition following a rollover crash in Caledon.

The Central Region OPP say officers were called to a stretch of Airport Rd. in Caledon on Thursday morning (Dec. 29). Police say a single vehicle was involved in the crash. A photo from the scene shows a pick-up truck on the side of the road rolled over onto its side.

The driver of the truck was seriously injured in the crash, police said. A spokesperson with Peel Paramedics said the adult male driver suffered critical injuries and was transported to a trauma centre.

Airport Rd. has been closed off from Old Church Rd. to Charleston Side Rd., and police said to expect delays on Airport Rd. for several hours while officers investigate the crash.