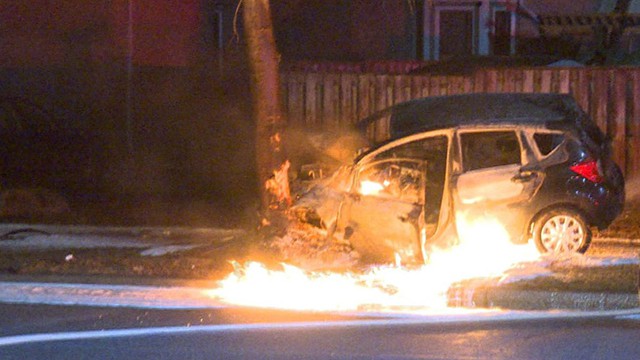 A driver has sustained injuries after being rescued from a burning vehicle in Mississauga.

Shortly after 2:00 a.m., Peel Paramedics announced that first responders were on scene after a single car crashed into a tree.

The vehicle was fully engulfed in flames.

Peel police say the crash occurred in the Fairwind and Wendron area, near the Hurontario and Eglinton intersection.

Police say officers entered the burning vehicle and pulled the driver to safety.

The driver was taken to local hospital with only minor injuries.