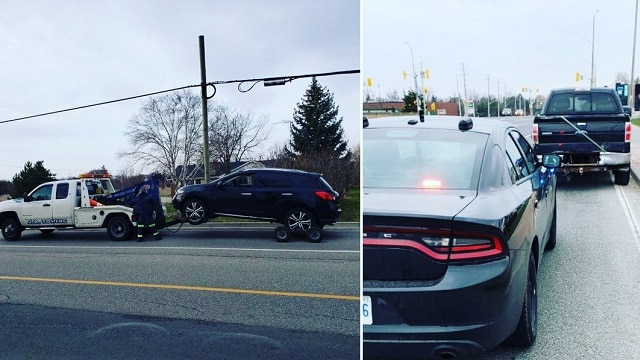 Police have laid charges in a recent speeding incident.

According to Sergeant Paul Dhillon with Peel Regional Police, a driver was stopped for travelling at 115 km/h in a 60 km/h zone on Burnhamthorpe Road West near Wolfedale Road.

A charge of stunt driving was laid and the driver’s vehicle was seized.

“Road safety is a shared responsibility,” police said. “The last thing anyone needs especially during these difficult times is a speeding ticket or their vehicle towed and licence suspended.”

Today, #RoadSafetyServices have been active in #Mississauga and #Brampton – including laying a charge of #stunting and seizing a vehicle – travelling at 115 km/h in a 60 km/h zone.#PRP #SafeDriving efforts and enforcement remain unchanged despite the challenges of #COVID19. pic.twitter.com/x0pQZVpd4O