Drake spotted rolling up in his $300k vehicle at Pickering Casino 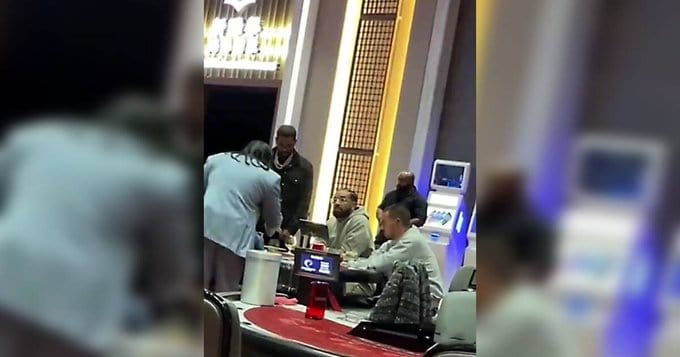 Footage of Drake, who has shown he has no fear of laying down major coin for his gambling passion, was posted by TikTok user ikeaowner.

The TikTok user also caught the vehicle he pulled up in which was a two tone Mercedes Maybach worth around $300,000.

Drake has been known to boast about his gambling losses to his followers – he posted on Instagram earlier this year about dropping $1.6 million on super Bowl bets and a week later he casually mentioned he dropped $400,000 when the Brooklyn Nets let him down on a three-team parlay.

The multi-platinum selling Toronto recording artist has also been seen hanging out in Pickering occasionally with Grammy-winning producer Boi-1da, who worked on several of Drake’s early recordings and won a Grammy for God’s Plan in 2019.

Drake also made news a couple of years ago when he complained to the ‘Mayor of Pickering’ about the poor internet service at Boi-1da’s north Pickering studio.

There is no word on how Drake made out on the Pickering Casino gaming tables Saturday night.

@ikeaowner Replying to @Shmetty Drake has a sick whip. It’s too bad he has someone to drive it for him. #drake #toronto #rap #FlexEveryAngle #maybach #carsoftiktok #car ♬ Rich Flex – Drake & 21 Savage