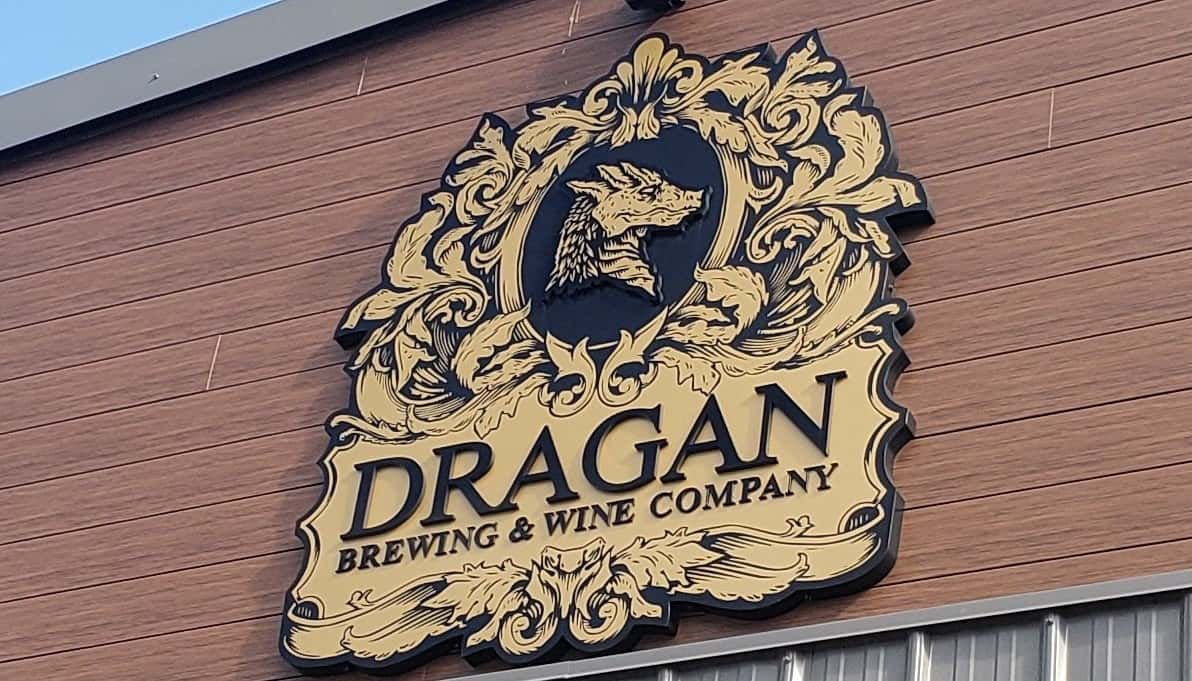 While the pandemic locked most of us inside for months, Dragan Brewing and Wine Company owner Michael Nazareth found something productive to do with his time.

Over many months, he got his bricks-and-mortar facility set up. It opened to the St. Catharines public a couple of months back and while Nazareth used Lake of Bays Brewing in Baysville, Ontario to contract-brew his initial line-up since the summer of 2019, the Grantham Avenue brewery is doing it all themselves now.

As for the unusual spelling of “Dragan”? Well, that happens to be his six-year-old son’s name. And what about the “wine” part? His wife, Lydia Tomek, the winemaker at Ravine Vineyard Estate Winery in Niagara-on-the-Lake, will be around to advise him when he branches out into wine. “This is a project that is 100 per cent my vision,” he says and with his Spanish background, “I am planning on doing the wine myself.” 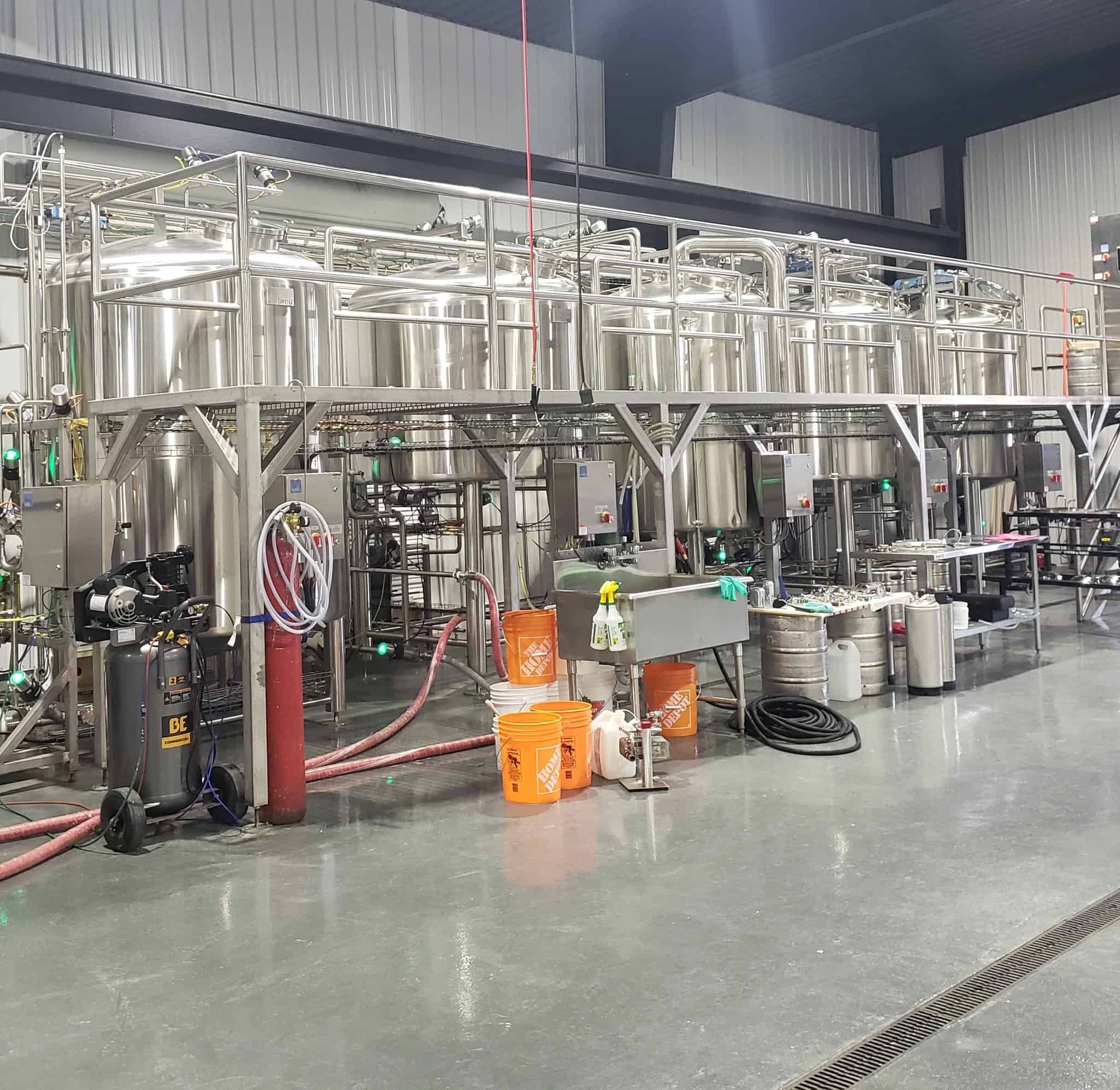 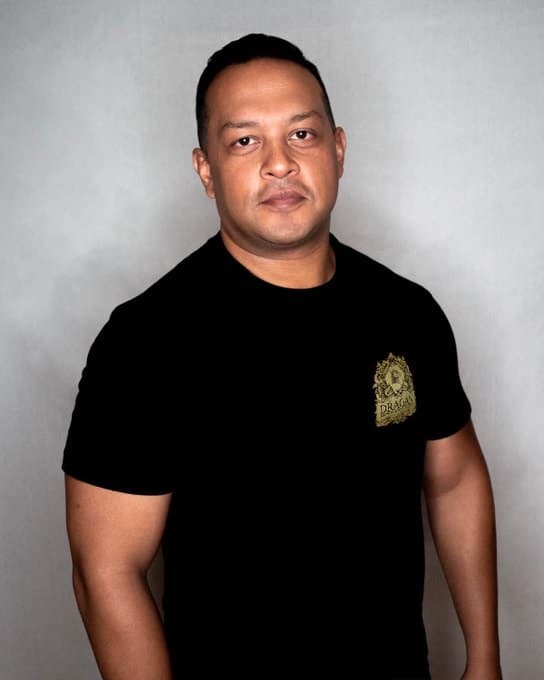 When we met Nazareth, he explained that he had utilized a steel factory across the street in the creation of his vats. “Their workers would come in here for (after-hours) beers so it was a chance to pay them back, keep it in the community,” he told us.

The story of how he hired his brewmaster BJ (actual name: Byeong-ju Jeong) was a funny one. He and a brewer friend visited the Niagara College Teaching Brewery class one day, looking for a potential brewmaster. Since his friend was a guy with a big bushy beard, naturally, all the students assumed he was the owner. The only one paying any heed to Nazareth was BJ, who, of course, got the job.

“We’re perfectly suited for each other,” said Nazareth. “When BJ isn’t brewing (because the vats are all in use), he’s cleaning back here (in the brewing area). That’s perfect for me because I’m kind of OCD about cleanliness.”

The designs on Dragan’s labels are all very Norse – vikings and the like. That’s courtesy of a former employee who had some art skills and exceled at black and white drawings. 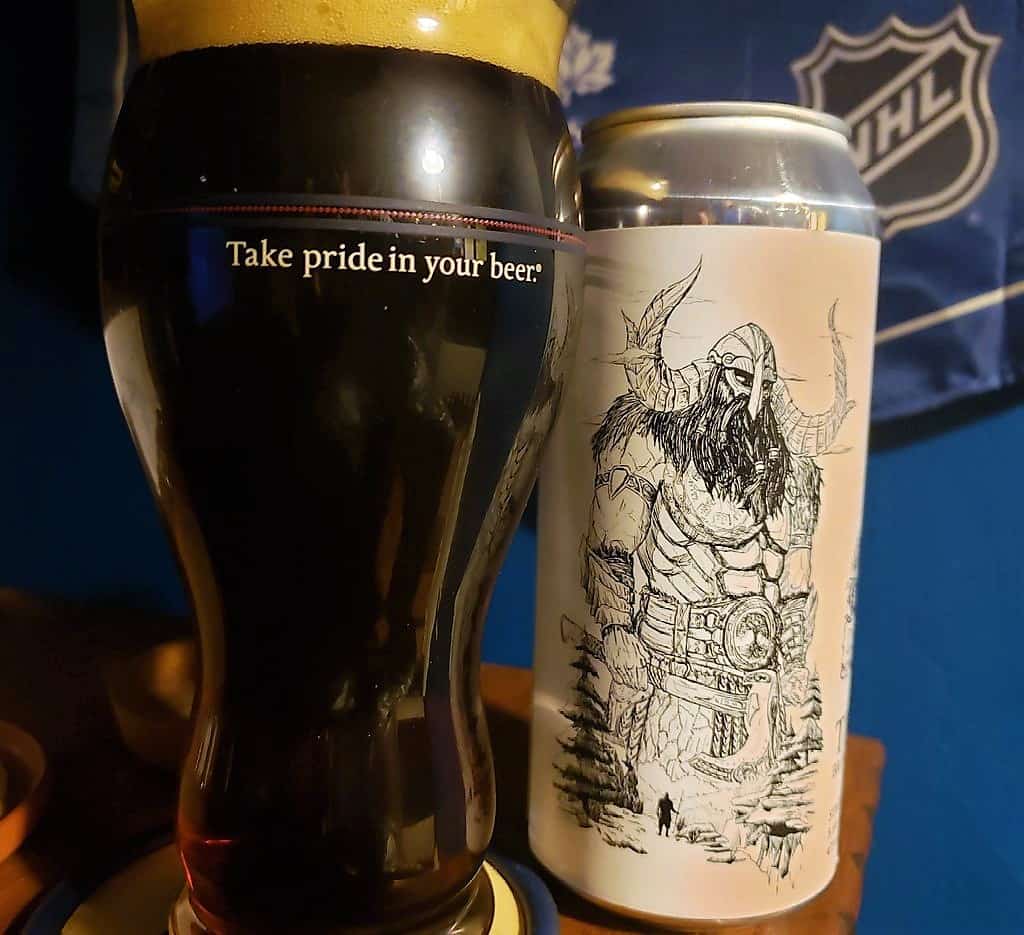 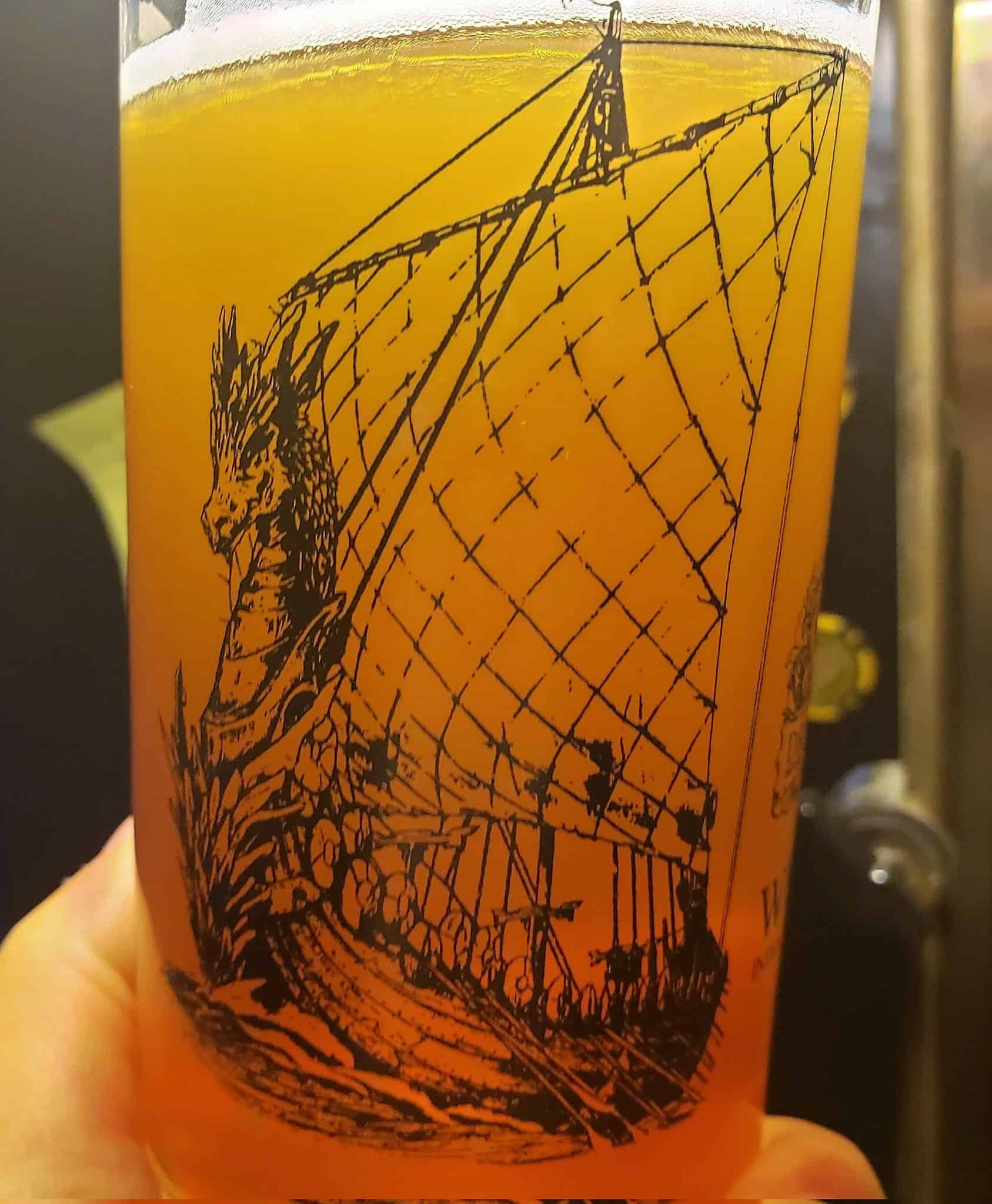 A short food menu to complement your beer is also available, featuring a charcuterie board, several tapas plates, and snacks from local suppliers Fiesta Empanadas and Little Hand Pies. (My personal recommendation to go with the spicy food is his West India Pale Ale – shown in glass above – with Simcoe and Amarillo hops and fermented with a Norwegian Kveik yeast.)

Dragan Brewing believes in giving back to the community and donates three per cent of sales to Food for Kids Niagara. When you buy a can of The Hunt Pale Ale (see below), the brewery’s collaboration with local CEBL basketball team Niagara River Lions, the team matches the donation for a total of six per cent. 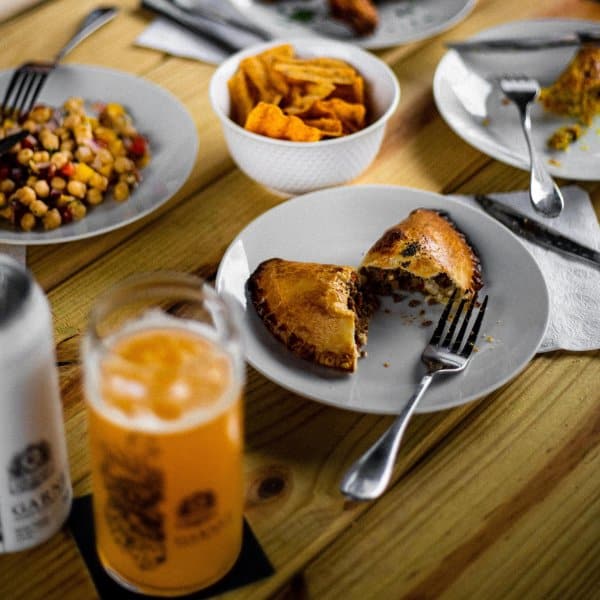 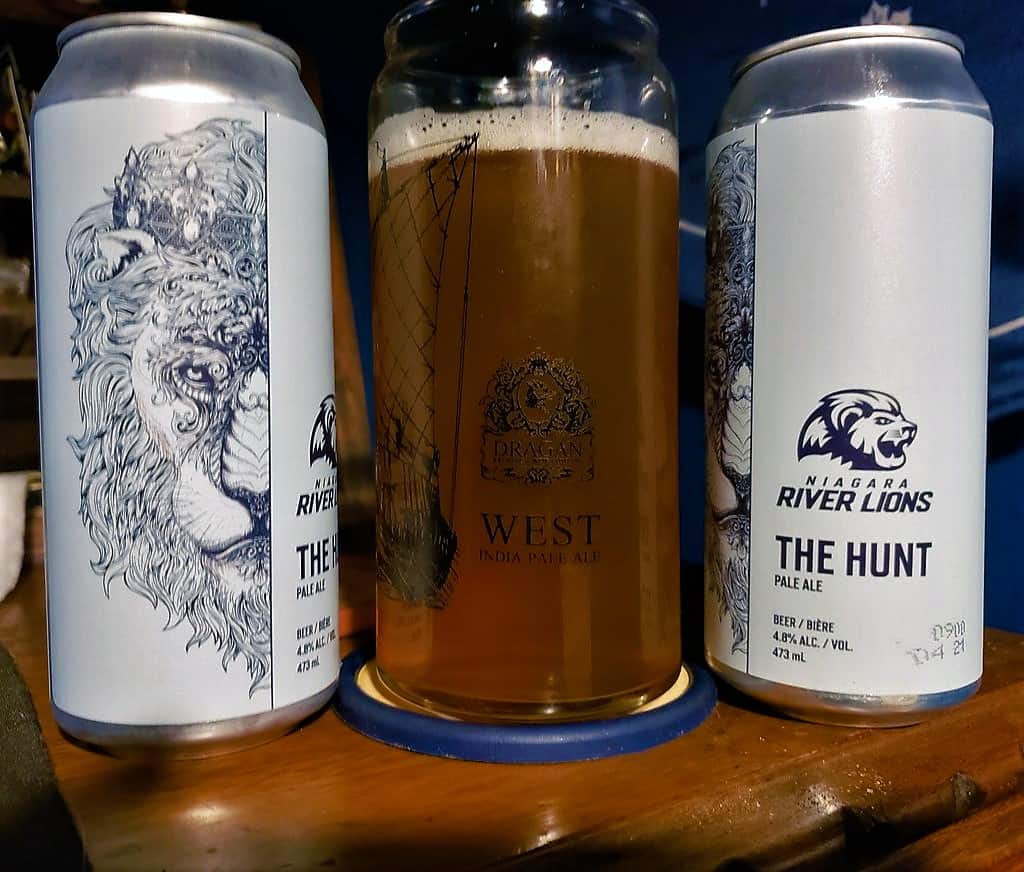