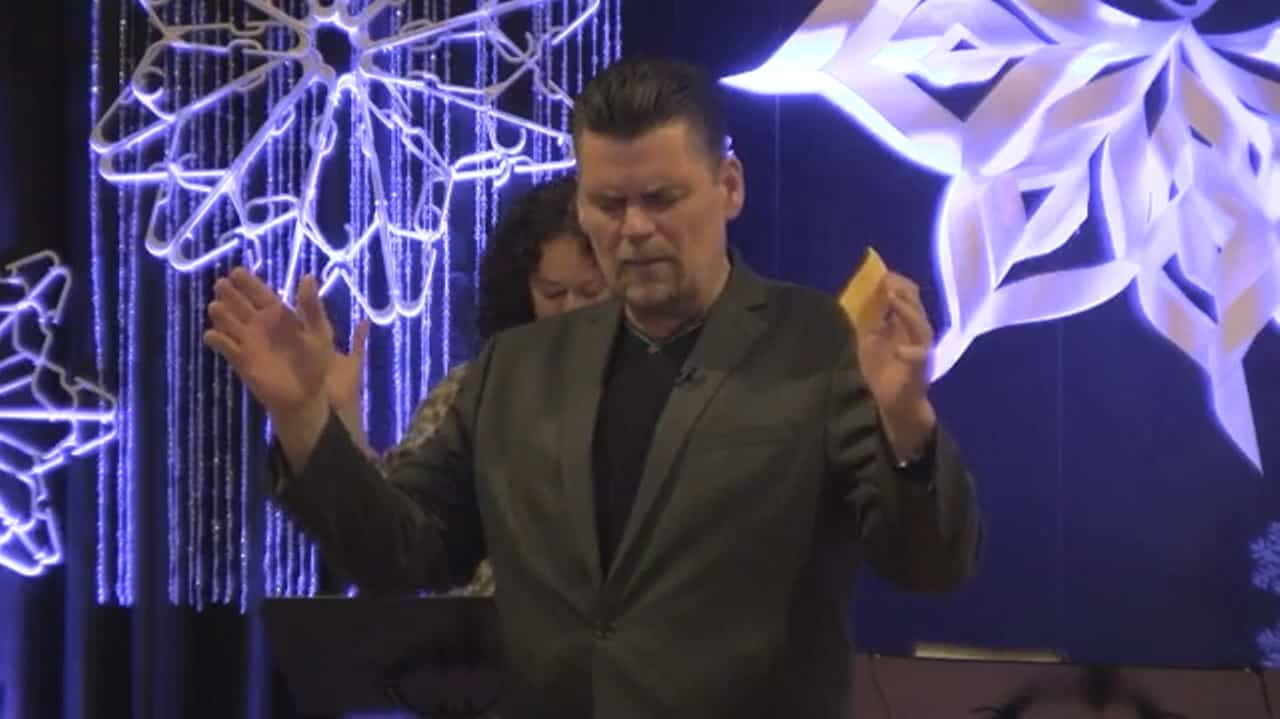 The pastor of a Hamilton church — who had Premier Doug Ford speak to his congregation in 2018 during the Ontario PC Party leadership contest — says he has given hundreds of religious exemptions from COVID-19 vaccines.

Pastor Peter Marshall of the Kingdom Worship Centre on the central Mountain has been giving away religious exemptions from vaccines to anyone who asks. CityNews reported at 4 p.m. on Monday (Nov. 22) that it had held a brief interview with Marshall where he confirmed what he has been doing. InTheHammer has viewed a video posted to YouTube on Nov. 18, where Marshall  says he hopes his church gives out “hundreds of thousands” of exemptions from getting the vaccines.

A week earlier, he told an anecdote about providing an exemption letter to a Hamilton hospital employee who is facing a vaccination requirement.

“A company called CityTV telling them we were writing exemption letters.. You know the news media. God bless them, but they don’t really come with good intentions. I wasn’t gonna give an interview, but the lord said ‘do it.’ So I gave a 30-second interview of why we do why we do religious exemption letters, so as to be as wise as a serpent and harmless as a dove.

“They said ‘we’ve viewed all your Facebook stuff and want to know why you’re writing exemption letters.’ I said, ‘because the Charter of Rights and Freedoms affords us that right.’

“And so, uhhhhh, they said ‘we heard you gave out thousands.’ We sure did. We hope we give out hundreds of thousands.”

Marshall adds, “I always say the constitution is enough for my answer.”

‘Does not have the right to accommodation’

The Ontario Human Rights Commission (OHRC) has the responsibility of preventing discrimination through public education and public policy. On Sept. 22, the day that certain Ontario businesses were were required to check vaccination status of patrons, it stated, its “position is that a person who chooses not to be vaccinated based on personal preference does not have the right to accommodation under the Code. The OHRC is not aware of any tribunal or court decision that found a singular belief against vaccinations or masks amounted to a creed within the meaning of the Code.”

In a sermon posted Nov. 11, Marshall claimed he had written an exemption for a hospital worker in Hamilton. Hamilton Health Sciences is requiring all staff and employees to be vaccinated by Nov. 30.

“We’re still helping people with exemption letters, so if you need an exemption letter, we’ll try to help you,” Marshall said around the 26:40 mark. “I was actually eating on a patio yesterday with my children, in East Hamilton, and had my tracksuit on, just lounging around.

“A precious lady — maybe she’s watching me tonight — she turned to us and said, ‘are you not vaccinated either?’ I said, ‘well we’re eating on a patio, hah-hah-hah. And then she said, ‘Neither are we. My daughter, she’s going through a battle. She works at the general hospital in the clinic and she needs help.

“I said, ‘I think I wrote an exemption letter probably for your daughter!’ She said, ‘Are you Dr. Peter Marshall?’ I said, ‘yes,’ she goes, ‘you don’t look like him.’ ”

The Kingdom Worship Centre was the source of a large COVID-19 outbreak that was declared by Hamilton Public Health Services on March 18. Seven days later, it received two fines for breaching City of Hamilton bylaws. One was for “fail(ing) to prohibit entry to Establishment to person not wearing a Face Covering” and the other fine was because the operator “failed to ask person not wearing a Face Covering to leave Establishment.” Media reports said that HPHS received reports that the parish hosted a large indoor service with many people not wearing masks.

Marshall, per CityTV, has also encouraged people attending churches that follow COVID-19 public health restrictions and are enforcing a vaccine mandate to join his congregation. His sermons regularly mention the number of people who have joined Kingdom Worship in recent months. He also mentions to the congregation that “you have to get water-baptized.”

However, a major faith leader, Pope Francis of the Roman Catholic Church, has called on believers to be vaccinated against COVID-19. In August, the pontiff called it “an act of love.”

In a video, Francis said, “Thanks to God’s grace and to the work of many, we now have vaccines to protect us from Covid-19.”

Many hospitals have decided to require all staff to be fully vaccinated. The Progressive Conservative government has demurred from doing so. On Nov. 3, Premier Ford said he would not require hospital workers to be vaccinated.

In February 2018, when he was running for the PC Party leadership after present-day Brampton Mayor Patrick Brown resigned, Ford appeared at Kingdom Worship Centre. 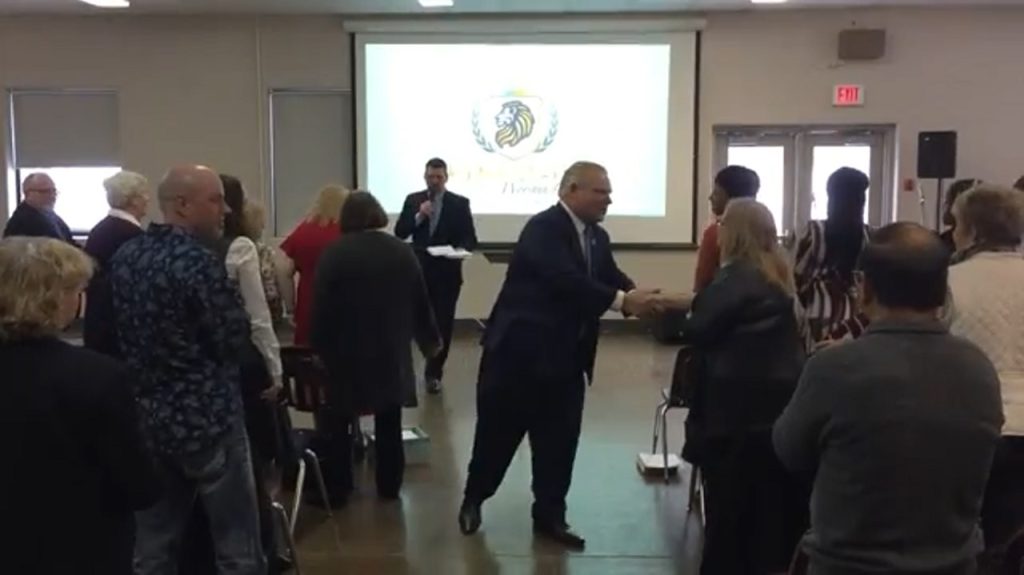 Doug Ford appeared at Kingdom Worship Centre in February 2018, when he was running for the Ontario PC Party leadership.

Marshall encouraged congregants to support Ford and join the Ontario PC Party, saying membership forms would be available outside of the church.

To applause, Marshall said, “Doug is a fantastic man, and just a great supporter of the church … He has always supported our interests. And somebody like Doug’s gotta clean up Ontario for us. We need integrity, honesty and we need fiscal responsibility.”

At the end of the speech, Marshall said, “When Patrick (Brown) stepped aside and you said ‘yes,’ we all jumped for joy.”

As Ford circulates among the congregation, Marshall says, “Let’s give everyone one of these forms now,” possibly referring to Ontario PC Party memberships that a person is required to buy before voting in a leadership contest. He also asked congregants whether they had a credit card in order to pay the membership fee.

“I don’t want it to look like I’m registering 200 people myself,” he explained.