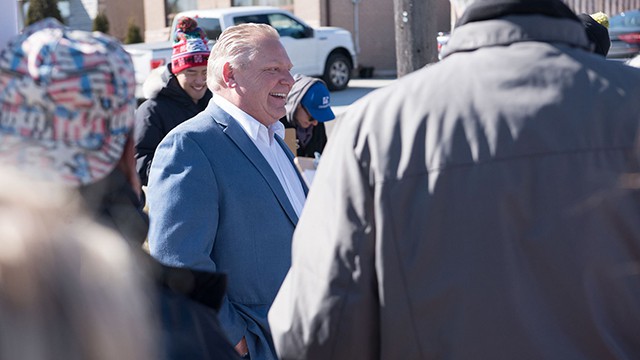 Barely one year since taking office, Ontario Premier Doug Ford has made some big changes to his cabinet in a shuffle announced this morning at Queen’s Park.

Amongst some of the biggest changes were in Finance and Education, where Vic Fedeli and Lisa Thompson were demoted in favour of outgoing Environment Minister Rod Phillips (now the new Finance Minister) and first-term MPP Stephen Lecce (King-Vaughan) as the new Education Minister.

In the Peel Region, there is now at least one cabinet representative from the region: Prabmeet Sakaria (Brampton South) who is now ‘Associate Minister of Small Business and Red Tape Reduction’. Sakaria, a former corporate lawyer, is also a first-term MPP elected in the provincial election last year.

The rookie Brampton MPP has long been criticized for a lack of action on important Brampton issues such as more hospital funding, the cancelling of university funding and the mess on the GO line a few months ago. Perhaps this cabinet appointment is a way for Ford to alleviate the concerns of Brampton residents who feel the premier is ignoring them.

And while Sakaria’s new title sounds impressive, others are not so much.

Prabmeet Sarkaria is now the "Associate Minister of Small Businesses and for Red Tape Reduction".

Oh good… now we have specific positions with propaganda slogans in their titles. #ONPoli #CabinetShuffle

Some of the prominent changes Ford made to his cabinet are:

Thompson is now Government Services Minister, MacLeod was demoted to Tourism and Culture and depending on how you look at things, Mulroney and Yurek’s new jobs could be seen as a demotion of sorts, since Transportation and Environment are traditionally not strong areas for Conservatives.

The overall cabinet has been increased to 27 members, excluding Ford himself.

While this can be seen as a massive shakeup of Doug Ford’s one-year-old government, many argue that the issue isn’t the cabinet, but Ford himself. Ford’s unpopularity has been dragging his party down in opinion polls and the booing he received at the Raptors parade this past Monday basically sums up the displeasure, as many of those 2 million attendees came from outside Toronto where Tory ridings are abundant.

But if you feel a bit sorry for the ministers that got demoted after years of toiling on the opposition benches, maybe this comment below will put things in perspective.

Big demotions for Vic Fedeli, Caroline Mulroney, Lisa MacLeod, and Lisa Thompson, which must feel especially cruel after they debased themselves with those awful convenience store videos

The next election isn’t until 2022, so for Ford’s team, there is still time to put a better face on his government and refine what they are trying to tell people as to what it is they are doing for the people.