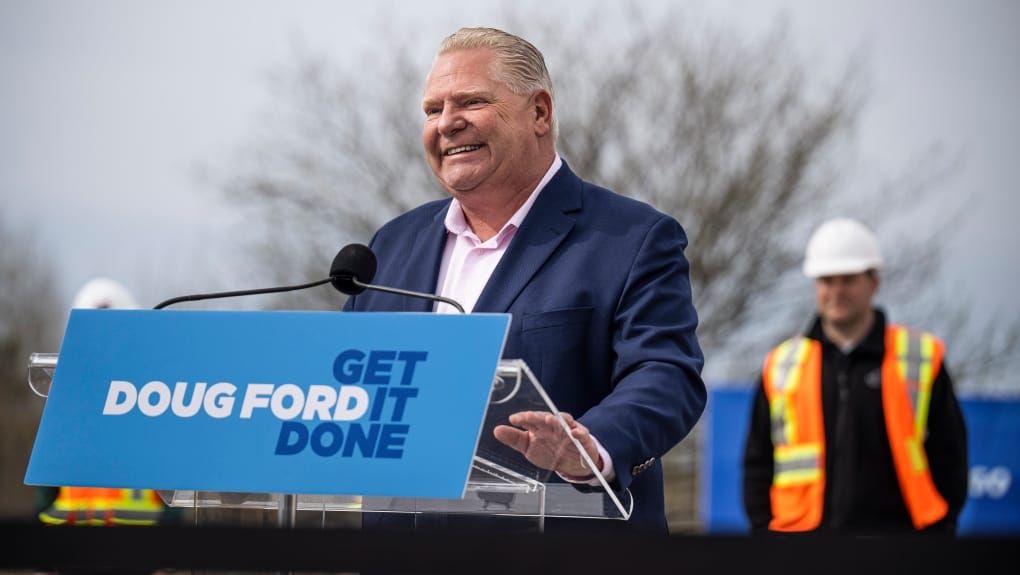 The leaders of Ontario’s main political parties are spreading out in search of votes as the election campaign moves past the halfway mark.

Progressive Conservative Leader Doug Ford will be making an announcement in Hamilton today.

NDP Leader Andrea Horwath will be in Kingston, Ont., to discuss her pharmacare plan before making campaign stops in Smiths Falls, Ont., and Ottawa.

Liberal Leader Steven Del Duca will be discussing affordability at an announcement in Toronto before campaigning in Burlington, Ont., and London, Ont.

Green Party Leader Mike Schreiner will start his day with campaign stops in Parry Sound-Muskoka, a riding he believes his party has a shot at winning, before heading to Elora, Ont.

Ontario’s election is set for June 2.

The Progressive Conservatives are trying to hold on to power while the NDP are hoping to unseat Ford and the Liberals are aiming to improve their third-party position.