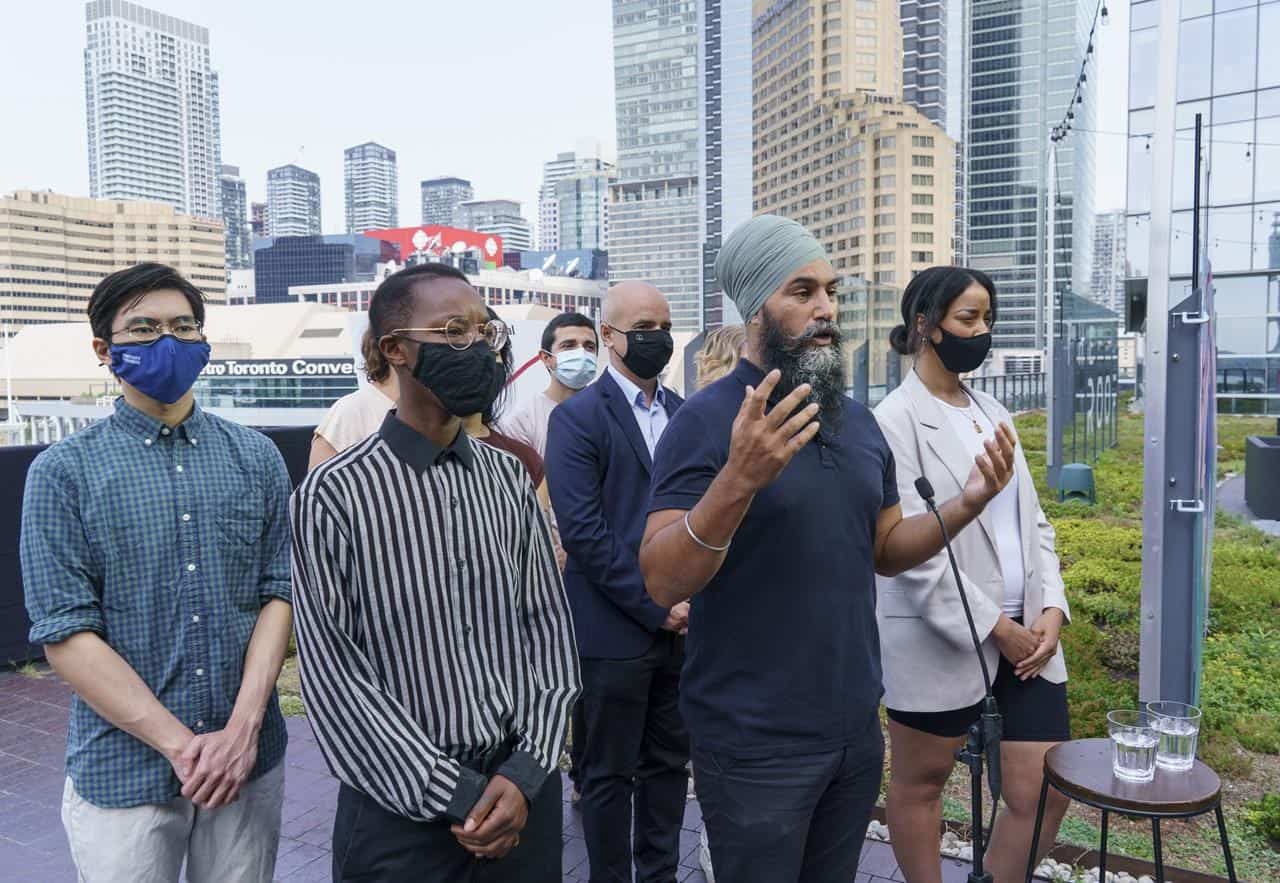 In Thursday night’s English-language debate, 18-year-old Marek McLeod, a first-time voter from Sault Ste. Marie, Ont., asked federal party leaders how they would restore trust after more than 150 years of “lies and abuse” to Indigenous people.

In his response, Blanchet said that no one should tell any nation what to do and that every nation, including Quebec, should be recognized as such and treated like an equal.

Singh said Friday in Ottawa that he wouldn’t equate the injustices faced by Indigenous people to those faced by Quebecers.

“I wouldn’t make that equivalence, so I don’t agree with that portion, but it is true to say that francophones across Canada face systemic discrimination because of the language they speak,” he said.

Systemic racism and discrimination is found across Canada and can be seen in the fact that many Indigenous communities don’t have clean drinking water, Singh said.

The NDP leader, who has been fending off accusations by Blanchet that he is not doing enough to denounce “Quebec bashing,” is fighting to improve the party’s poor showing in Quebec during the last election, when they eked out just one seat.

Singh also revealed the NDP will release the full costs of its campaign promises on Saturday, just over a week before election day on Sept. 20.

The NDP will be the last of the three major parties to release its costing, but Singh said Canadians already know what the NDP are proposing, including universal pharmacare, affordable childcare, dental care and a tax on the wealthy to pay for its campaign promises.