Dog stolen from outside Hamilton business recovered by police 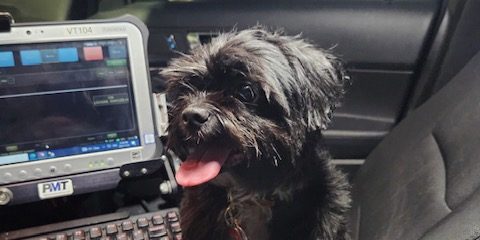 Hamilton Police located a dog that was allegedly stolen outside a business on Cannon Street.

A dog owner’s worst fear was realized after a poor pooch was allegedly stolen from outside a business on Cannon St. East in Hamilton.

Specific details were not provided, but it’s common for owners to tie up their pups outside of a business that doesn’t allow dogs inside.

The Hamilton Police Service tweeted Monday that officers reviewed security footage and identified the suspect, who was arrested.

The dog, Chuck, was located on Queen St. North and returned to his panicked owner.

The police tweet contains a photo of an exhausted Chuck sitting shotgun in a cruiser before he reunites with his owner.

Over the weekend, we received a panicked call from a citizen reporting their dog, Chuck, had been stolen from a store on Cannon St E. in #HamOnt.