Dofasco fined more than $265K in 2018 pollution release in Hamilton 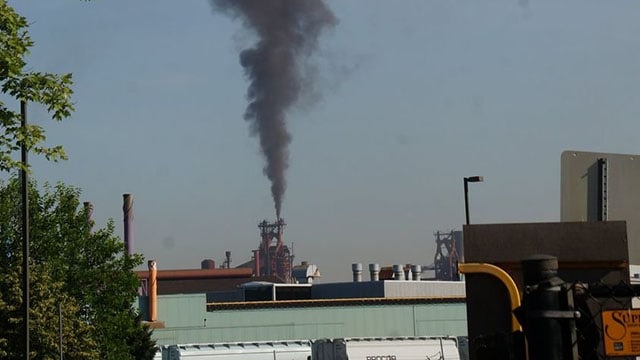 ArcelorMittal Dofasco has paid the price for the black cloud of pollution that an environmentalist who was biking to work spotted emanating from a blast furnace at the Hamilton steel plant nearly three years ago.

On July 13, 2018, Lynda Lukasik, who is the current executive director of Environment Hamilton, spotted a dark plume of smoke billowing into the sky from a smokestack.

The photos that Lukasik and other concerned residents shared on social media spurred concern, which led to the company being charged under the Environmental Protection Act.

The company was charged under a section of the act that prohibits emissions that block the light for over six minutes.

On Tuesday (May 25), ArcelorMittal Dofasco entered a guilty plea and was fined $268,750. The fine will be paid to the City of Hamilton, according to Environment Hamilton.

The statement of facts in the case noted that a Dofasco employee reported emissions to the Ministry of the Environment at 8:04 and 8:53 a.m. on July 13, 2018.

Environment Hamilton is asking the city to direct the fine money “to measures designed to improve the environment for neighbourhoods closest to the industrial core.”

“In the past, the city has done this — planting more trees and undertaking other greening in neighbourhoods near the industrial core,” EH’s post added.

Dofasco was fined $390,000 in 2014 for a string of opacity incidents and was fined $130,000 in 2018 for a similar offence. Provincial investigators were also called to the plant in November 2020, after the company reported a liquid steel spill.