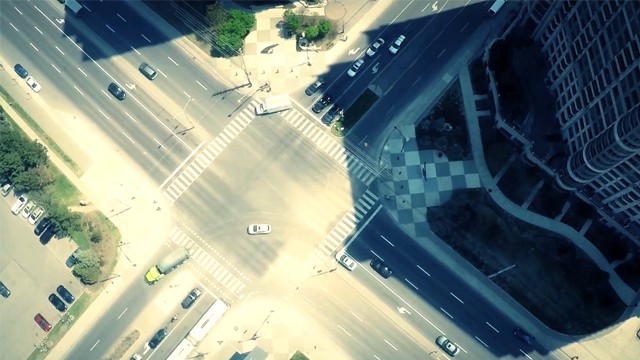 Most Mississauga intersections are functional enough to allow a smooth flow of traffic on a daily basis. The infill development that Mississauga has experienced over the decades has not left much room to expand intersections to suit more cars, and the city isn’t actively trying to get more cars on the road–quite the opposite, it’s trying to diversify public transportation.

But what of the major intersections north of the city, specifically the area between Mississauga and Brampton? Because of the proximity to Pearson International Airport, there is a large amount of traffic from not only regular commuters, but from large transport trucks as well. There’s more traffic in Peel Region going north/south these days; turning left up towards Brampton can get tricky. Anyone who regularly drives around the airport area or the industrial business parks that intersect with Derry Road or Steeles Avenue would likely attest to that assertion.

While major intersections, such as Derry and Dixie, are equipped with corner islands that box in right turns, there’s nothing that serves the same function to allow left turns–or traffic signalling that coordinates timed left turns. We shouldn’t have to resign ourselves to having to make perilous left turns at heavily packed intersections. Perhaps we could reimagine the way we design those intersections, as these proposals from the Applied Technology and Traffic Analysis Program out of the University of Maryland demonstrate.

This is the so-called “Super Street” model:

And this one is called the “Continuous Flow” model:

The common denominator between these two examples is a move away from the traditional horizontal-vertical layout of an intersection, where turning left and right is dependant upon the driver’s own judgement and intuition. This is not to say that people should be complacent and not learn those driving techniques while obtaining their licenses, but it’s a unique way of managing traffic flow through the use of different placement of traffic signals and islands in the middle of the intersections that segregate vehicles turning left from those going straight.

Of course, the Bloor/Central Parkway intersection services a quieter residential area that doesn’t regularly see 18 wheelers cruising down the roads, but these designs, if implemented on the more heavily driven intersections around the Mississauga/Brampton border, could alleviate some stress for people worrying about turning left during high traffic times.

I also like these proposals because they don’t necessarily propose to add mone lanes to existing roads, thereby perpetuating the need to get more vehicles on the road, but rather redesigning the existing road structure to improve intersection functionality on a daily basis. Better use of our existing assets always yields a positive effect.