Does Mississauga Do Enough for Cyclists? 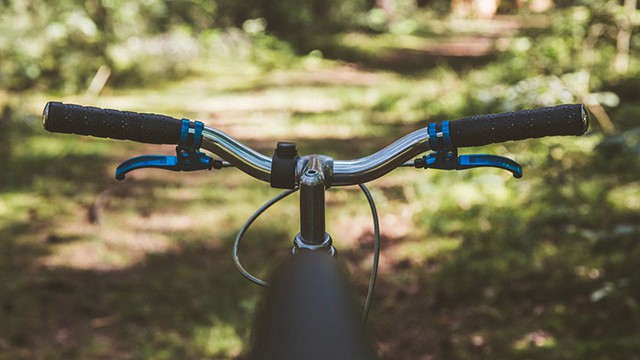 Ah, cycling–a generally healthy and fun activity that can be very, very political.

And perhaps that’s why the City of Mississauga is asking residents to weigh in on its Cycling Master Plan.

Although there are definite health benefits to hopping on a bicycle (cycling certainly burns more calories than driving), cyclists have often been accused of disobeying road rules (which is, of course, unacceptable) and–in some extreme cases–declared enemy combatants in the “war on the car.”

But whether or not you think bicycle lanes and cycling-focused municipal projects are hipster nonsense or crucial initiatives, the fact that remains that safe cycling (and safe places to cycle) benefits the city.

Although the car is still king in Mississauga (and may remain so indefinitely for a multitude of reasons), there is room for cyclists and cycling and for that reason, the city is asking residents a pertinent question: Does Cycling Move You?

“The City of Mississauga is committed to building a city that supports all of these ways to move,” the survey site reads. “In 2010, the Cycling Master Plan set a vision and 20 year plan to make Mississauga a bicycle-friendly city.”

This year, the city is updating the Master Plan so it can look at the plan’s progress and plan for the future.

As far as progress goes, it’s interesting to look at how much of the long-range plan has come to fruition (you can learn a lot more here).

When the city introduced the Master Plan, some of its goals included fostering a cycle-friendly culture, building an integrated cycling network as part of a multi-modal transportation system and adopting a “safety first” approach to cycling in the city.

As far as the first goal goes, an Active Transportation Office was established in the Transportation and Works Department to oversee the implementation of the Master Plan. The Region of Peel has also implemented a grant program for bicycle parking at schools through the Peel Safe and Active Routes to School Committee. Peel has also produced a bike rodeo manual for anyone who wants to host bicycle education events for children.

As far as promoting cycling goes, a 2016 online survey collected information on cycling preferences and raised awareness among 1,600+ participants (that survey is still being actively promoted now). The city also hosts Tour de Mississauga and participates in the GTHA-wide Bike Month.

The city also released a cycling route map that will be updated to reflect changes this spring.

In terms of lanes, routes and trails, the options for cyclists have increased.

According to the city, the Master Plan “built upon existing trails and bicycle facilities to propose an expanded and connected bicycle network that provides access to key destinations like public transit.”

Here’s a look at what’s changed so far: 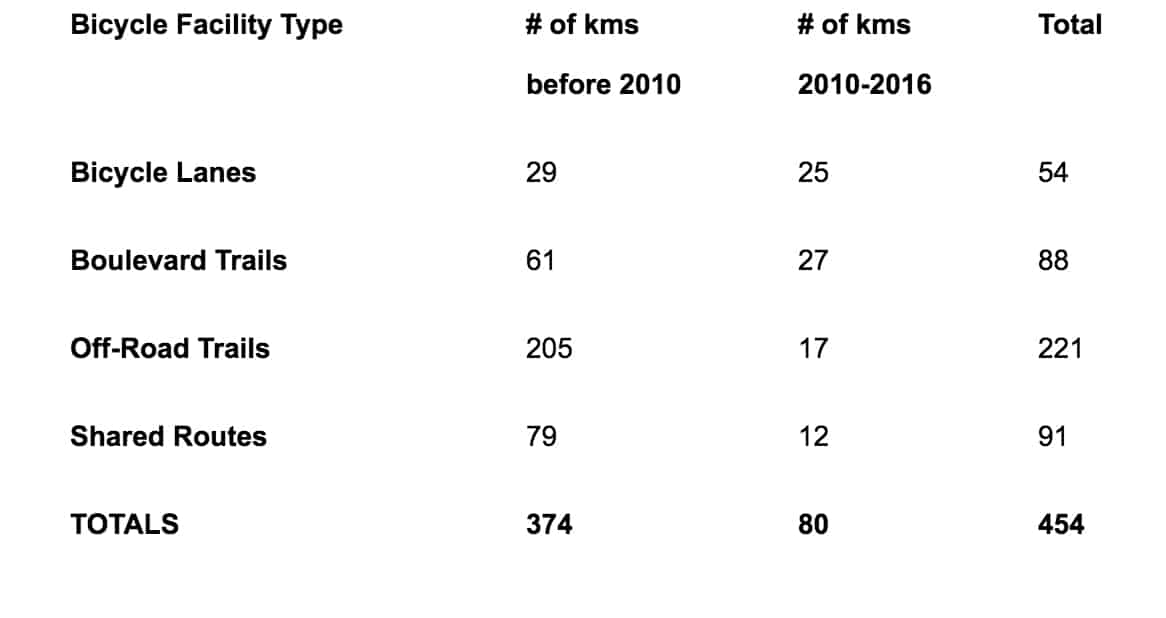 So, what else is on the horizon?

According to the city, a design guide is under development for bicycle “end of trip facilities.” These facilities might include a number of fairly exciting amenities, such as bicycle parking and shower facilities for riders cycling to work.

The city says this guide will be developed as part of Mississauga’s Transportation Demand Management Strategy.

As far monetary support for cycling initiatives goes, Mississauga received a $350,000 Cycling Infrastructure Program grant from the province in 2016 to build a multi-use trail in the boulevard of Thomas Street to connect to the Streetsville GO Station.

In March 2017, the city received a $3,757,000 Public Transit Infrastructure Fund grant from the federal government for cyclist and pedestrian access to Mississauga Transitway and GO stations.

In terms of safety, the Mississauga Cyclists Handbook was released in 2013 and has been translated into multiple languages.

The city also changed the design of catchbasin (sewer) covers to make them less hazardous to cyclists, implemented an off-road trail inspection program and launched pilot projects for crossrides and coloured bike lanes.

So while the Master Plan is still relatively young, it does appear to be actively working towards the creation of a more cycle-friendly community.

What do you think, Mississauga? Is the Master Plan solid or does it need improvement?