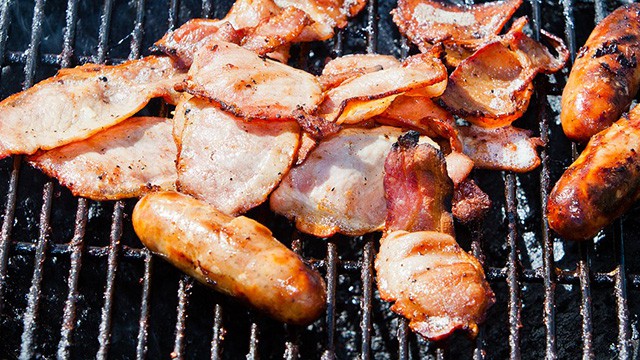 Since barbecue season is almost upon us, now might be a good time to remind you that Canadian surgeons are still urging–as they’ve been doing for literal years–people to throw out potentially dangerous wire-bristled barbecue brushes.

According to a CBC article, surgeons are beseeching Canadian grillers to do away with their brushes because “none of them have figured out a surefire way of removing the wires when they get stuck in people’s throats.”

It appears the wires can come off the brushes, attach to barbecue grills and adhere to food without the cook noticing. If swallowed, the wires can damage the throat and epiglottis (the flap of cartilage that covers the windpipe when swallowing).

Unfortunately for victims of this unfortunate occurrence, medical professionals find it difficult to remove the offending wires.

“It’s a needle in a haystack, but the haystack is your tongue,” Dr. Ian Dempsey, an otolaryngologist in Dartmouth, N.S., told the CBC.

The CBC reports that the issue of barbecue brush bristles actually came up at last year’s Canadian Society of Otolaryngology meeting.

It appears there was consensus among surgeons that these bristles are challenging to find and remove.

For that reason, some doctors are hoping for a ban or recall of the brushes from the marketplace to prevent bristles from being accidentally ingested in the first place.

But until a ban or recall comes to pass, it’s just best to remember that the bristles, if lodged in the throat, can cause extreme pain and discomfort and be quite impossible to remove. For that reason, it might be best to brush your grill with something a little less harsh.