Do You Know About These Controversial Political Parties That May Come to Ontario?

You should be familiar with the main political parties in Ontario politics: the Ontario Liberals, the PC Party of Ontario, the Ontario NDP and the Ontario Green Party.

In actuality, there are currently 27 official recognized parties on Elections Ontario. Some of those minor parties that have never gained a seat in the Ontario Legislature include the Communists, the Multicultural Party of Ontario, the Ontario Moderate Party and Stop Climate Change party.

But did you know you could register a name under Elections Ontario before making it an actual party? The condition is that you have to reserve the name of your party first. Once a name is reserved, the party has one year to register before the reservation expires.

There are currently 20 names reserved and historical political party names; these are not actual parties, but the names on here could become parties if they register within one year after putting down that name. 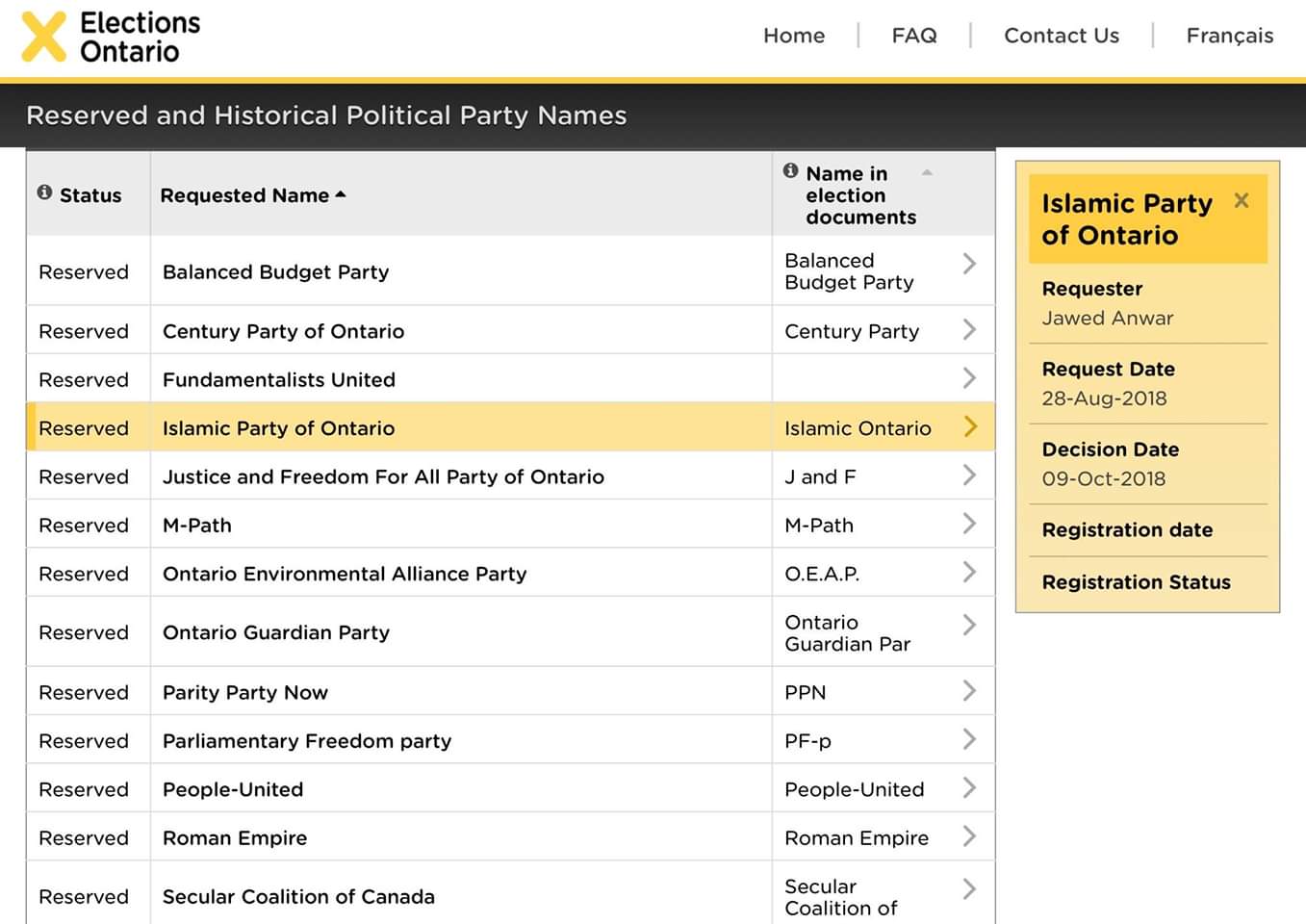 Here are some of the more interesting names reserved for possible political parties in the future. For simplicity's sake, I will refer to them as parties even though they are technically not official parties under Elections Ontario.

The requester for this name is someone named Roman Beloussov, and the request made back last March. It's doubtful that this is a serious endeavour.

The requester for this party name, Shahid Asager, put up this Youtube video. And that is literally all that you could find at this time about this possible future party.

Not much information about this one, other than the requester is a Christopher Chartrand.

This name might get tongues wagging and generate a lot of controversy, giving the rising levels of anti-Islamic sentiments in Canada and the United States. They have an actual website, and a quick glimpse at their website shows that they back issues such as repealing the Liberals' sex ed curriculum and removing gender identity from the curriculum, all the while citing respect for all religions and respecting the rights of all religions.

Like "the Roman Empire" this might not be a serious endeavour…although it could be interesting to see a party named UFO on the ballot. I would love to hear their thoughts on the possibility of extraterrestrial life out in the universe, if UFO stands for what I believe they stand for.

Remember, these are not actual political parties; certain individuals just registered the names to give them a year to decide whether they want to be serious or not.

What do you think of these possible political parties in Ontario elections in the future?