‘Digital loonie’ should come from Bank of Canada, not private sector, deputy says 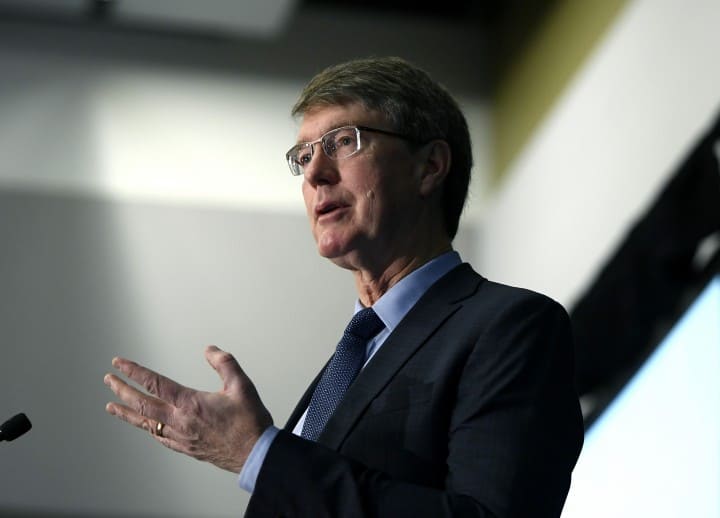 OTTAWA — A Bank of Canada official delivered a detailed defence of why the central bank should issue a “digital loonie” instead of ceding control to private cryptocurrencies that could become economic gatekeepers.

The Bank of Canada has been developing its own digital currency, one of a number of central banks doing the same kind of development should the need arise to issue one.

Deputy governor Timothy Lane said in a speech Wednesday that the bank doesn’t see a need for a central bank digital currency even as the pandemic has accelerated the shift to more a digital economy.

But, Lane said, that could change if there is a tipping point where cash is no longer widely used in Canada.

He said any digital currency should come from the central bank to ensure the public interest, not private sector profits, is a top priority.

Only a central bank can guarantee privacy rights would be upheld, competition encouraged, and universal access for those in remote communities, Lane said.

Many technology companies harvest users’ data as part of their business model to better target products and services, creating a cycle that pulls in more business and generates more data.

“If that business model were used as a foundation for the dominant method of payment in the economy, the issuer would gain control over an enormous range of data — bringing with it overwhelming market power,” Lane said in the text of his speech.

“In effect, a technology company could become the gatekeeper of the entire economy, with concerning implications for privacy, competition and inclusion.”

The Bank of Canada doesn’t have the legislative authority from Parliament to offer a digital currency, only to design, issue and distribute the bills stuffed inside wallets and handed over a counter.

Since the first wave of COVID-19 almost one year ago, the central bank has watched what Lane described as a growing hesitancy about using cash in this country. Consumer surveys conducted by the central bank suggest merchants prefer contactless payments, with other stores refusing cash due to fears of virus transmission.

Even in this increasingly digital economy, cryptocurrencies such as Bitcoin “do not have a plausible claim to become the money of the future,” Lane said in his speech to Montreal’s Institute for Data Valorization. He cited costly verification methods and their wildly unstable value, noting “one high-profile tweet is enough to trigger a sudden jump in price.”

Lane said a large amount of regulatory work remains before stablecoins, whose value are backed by safe assets, can be used in Canada or elsewhere.

In the meantime, the central bank is looking to summer 2022 to roll out changes to the country’s electronic payments system that will handle real-time payments beyond existing e-transfers.

Lane said the “real-time rail system” could allow businesses to pay part-time workers immediately after a shift, or let homebuyers make a deposit digitally, instead of physically bringing a bank draft to their lawyer’s office.

He also said the system could allow governments to distribute emergency aid, tens of billions of which have flowed during the pandemic, directly into citizens’ bank accounts in a matter of seconds.

Similarly, Lane said, the central bank is working on making it easier for people to transfer money overseas — an issue for many newcomers who send money to family in their country of origin or snowbirds who head to warm weather for the winter.