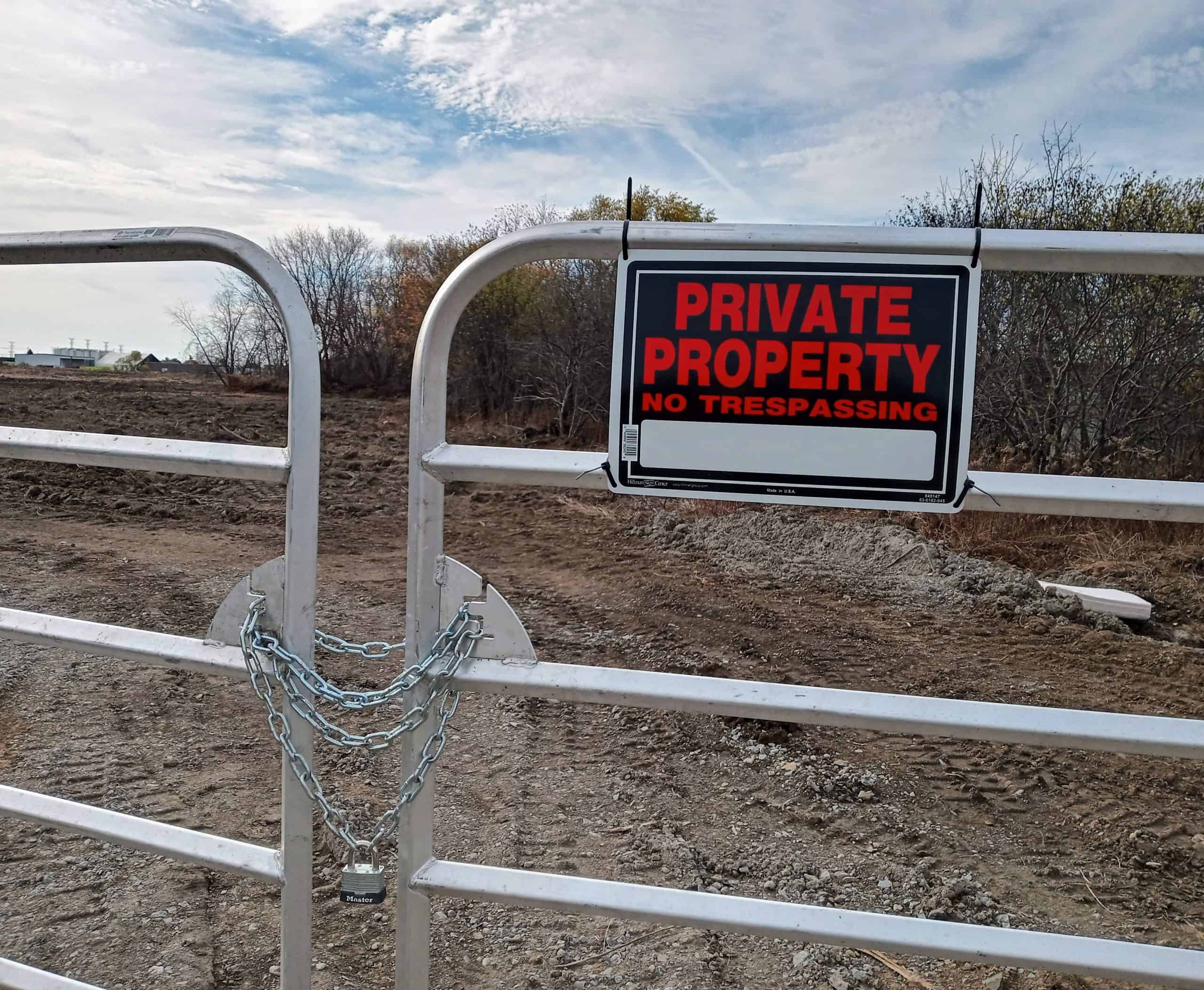 There’s a plot of land on the east side of Squire’s Beach Road – just north of the Pickering Casino access road – that’s still buzzing with bird life and aquatic creature activities thanks to our recent bout of warm weather. It is behaving exactly like a wetland habitat because that’s exactly what it is.

Across the road, behind the No Trespassing sign, the land paints a very different story. Muddy, with till marks from farmers’ plows in clear view, the land bears little resemblance to the habitat it was and what landowner Triple Group had sworn to protect last year.

Environmentalists, residents and even neighbouring politicians banded together in 2021 after Premier Doug Ford used an MZO (special zoning order) to try and fast-track an Amazon warehouse and logistics centre to be built on the site.

The protests worked as Amazon backed down, choosing to build just to the south in the former Pickering Markets building and the Province – no longer with a client in hand for the site – withdrew its MZO shortly after.

Today, the land is under attack again after about 90 per cent of the property was mysteriously cleared and partially tilled to apparently prepare it for ‘farming.’

The east side of Squires Beach Road in Pickering: wetland. The west side? Not so much

“They have definitely destroyed some of the wetland,” said Phil Pothen, the Ontario Environment Program Manager with activist group Environmental Defence, who said the damage was about sending a message to local conservation authorities that they are “dead men walking.”

“This is part of a series of retaliations against conservation boards,” he said.

The idea that developers would try to jump the gun on potential future projects in the immediate aftermath of Bill 28 – the Keeping Students in School Act – doesn’t surprise Pothen, especially after the controversial legislation that would force striking education workers back on the job (among with many other directives) was passed Thursday.

Pother did suggest, however, that perhaps the executive at Triple Group who green-lit the damage to the wetland “got a too little excited.”

Bill 28, drafted in such a way to immunize itself from any type of legal challenge by way of the notwithstanding clause, also limits the ability of the Ontario Labour Relations Board, arbitrators, mediator-arbitrators, arbitration boards, and administrative tribunals such as the Ontario Land Tribunal to determine if the legislation is unconstitutional or in conflict with the Ontario Human Rights Code. 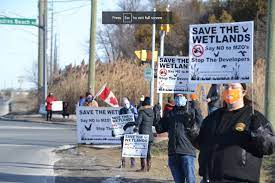 Then there’s Ford’s bill to set targets for municipalities to build 1.5 million new homes in the Greater Golden Horseshoe over the next ten years. The bill changes the powers conservation authorities have to limit development with factors like pollution or land conservation no longer on the table when approving building permits.

That will certainly make zoning applications easier and faster and make it harder for a municipality, a member of the public or the local conservation authority to stop a project from happening.

“If we don’t get our way we’ll take away your powers so you can’t do anything about it,” is what the legislation amounts to, he added. “This is a personal infringement that should not be allowed.”

The Toronto and Regional Conservation Authority, who is responsible for the Duffin Creek watershed, said the Bill will “diminish TRCA’s well-established role in protecting our communities from flooding and supporting our municipalities in protecting the natural environment.

As to the recent ‘landscaping’ on the wetlands, the TRCA have said they are investigating the matter.

Triple Group, owned by the Apostolopoulos family – their Pickering Casino project is less than a kilometre to the east – haven’t been helpful, telling the Narwhal the land the wetland is on was “being prepped for farming” (which he said has happened on the lot for a long time) and refusing to identify the farmers or whether they were authorized by Triple Group to dig up the land. 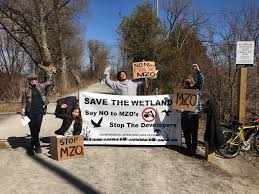 Triple Group has not yet responded to InDurham for comment but Pothen believes what the company has stated so far doesn’t pass the smell test.

“I don’t want to accuse anyone of lying but this certainly smells of fecal matter,” Pothen said.

Dr, Andrea Kirkwood, a Professor with Ontario Tech’s Biology department and a specialist in aquatic ecology, agreed. “It’s a little too convenient for the landowner to blame the farmers.”

Dealing with the Ford government on any environmental issue has been “frustrating,” Kirkwood said, adding that the lessons we all learned half a century ago about the importance of preserving wetlands not just for species diversity but for their importance in filtering out run-off pollution and in flood control are being ignored.

Kirkwood said all the changes happening to the regulations surrounding development and the environment certainly has the land speculators excited but it it doesn’t bode well for the future of the greenbelt and its wetlands. “We need to maintain as many of these wetland fragments as possible. When you crap on the environment it ends up ruining it for all of us.”

Nothing that has happened to the protected land has shocked Pothen, though the recent level of arrogance by the government is concerning.

“This exactly what we expected – a feeding frenzy,” Pothen said. “The provincial government is making a big show in wagging their fingers at municipal governments and saying they know how to do their jobs better.”

The idea of fast-tracking housing development is good news for developers, and so was the subsequent announcement a few days later when Ford declared that 7,400 acres of land in the greenbelt – sensitive property that was supposed to be free from development in perpetuity – would be ‘swapped out’ to developers with the promise of other lands (some already designated as sensitive) given in return. 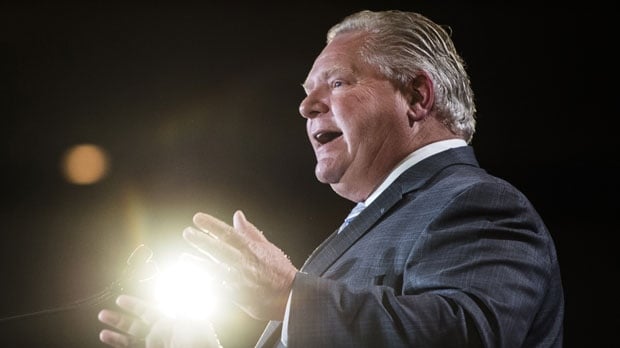 “The word is ‘lied,’” Pothen said on Twitter, clearly showing less restraint when it comes to criticizing Ontario’s Premier. “When you say again and again that you won’t touch the Greenbelt, and then you strip Greenbelt Protection from 7,400 acres, it doesn’t matter what else you do: you’ve lied.”

Pothen said the land swap could “end the critical role” the Greenbelt plays in ending urban sprawl and protecting farmland, forests, the source of our drinking water, as well as address climate change.

“The government should be ashamed and the people of Ontario should be outraged,” he said. “Stripping these 7,400 acres of protection at the request of land speculators would unleash a firestorm of land speculation across the entire Greenbelt – denying farmers the certainty they need to continue stewarding the forests, wetlands and soils on their land, and pushing ownership forever out of reach. It will also start a never-ending queue of Greenbelt land speculators at the Minister’s door, each with their own convenient rationalization for paving their own patch of Greenbelt.”

There is plenty of land already zoned for development home builders can use without resorting to stealing land from the greenbelt, Pothen added. The problem municipalities are facing is self-inflicted poor planning (from an over-emphasis on vehicle traffic) that resulted in urban sprawl. 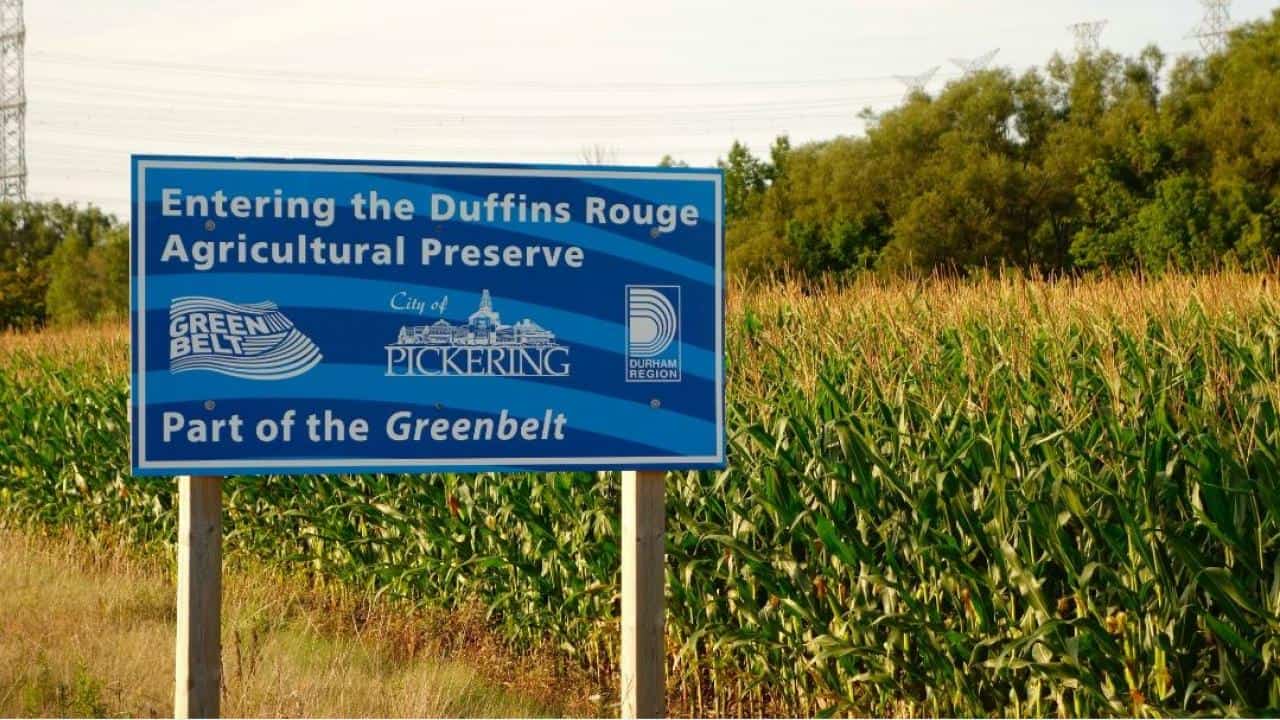 Increased density is the key, he said. “We have to maximize the square-footage by building up. We are just wasting the land we have in a ridiculous way.”

As to the (former) wetlands off Squires Beach, Pothen said as long as it wasn’t tilled too deep (and disturbed the aquatic plant seedlings) the land should be able to recover and return to its wetland state.

But it may take court action to encourage Triple Group to make it right. The maximum penalty for disrupting the wetland is $10,000 – a drop in the bucket for Triple Group – but the fine would come with a court order to remediate the damage.