If you want to increase your chances of recovering your bike should it ever be stolen, head down to Burlington’s Spencer Smith Park next week.

Halton Regional Police are hosting a bicycle registration event for members of the community on Wednesday, July 6, from 9 to 11 a.m. in the west end of the park.

“Anyone who has returned to where they parked their bicycle, only to discover a cut lock, understands the frustration and impact of having their bicycle stolen,” said a police spokesperson.

“More often than police would like to see, when a bicycle is recovered, we are often unable to identify its owner.”

That is where 529 Garage comes in. 529 Garage is a digital registration app that seeks to identify, recover and return stolen bicycles to their rightful owners. Halton police launched a partnership with 529 Garage in 2021.

During the registration event, police will be promoting the tool and helping cyclists register their bicycles. 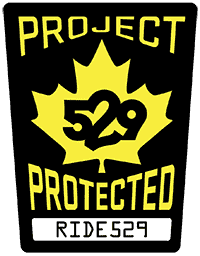 Registration is easy – simply download the app, input your contact information and bicycle serial number, and upload photos of yourself and your bicycle. Registrations can also be made on the 529 Garage website if you do not have a smart phone or tablet.

Once you have registered your bicycle on the app, if it is stolen or goes missing, you can notify 529 Garage and they will issue an alert from the app that is sent to other local cyclists and bike shops alerting them to the missing bicycle.

Once an alert for your bicycle has been posted, the app will also direct you to the HRPS online reporting tool where you can report it to police. By registering, if a bicycle is recovered, it is easier for police to identify and return the bicycle to the proper owner.