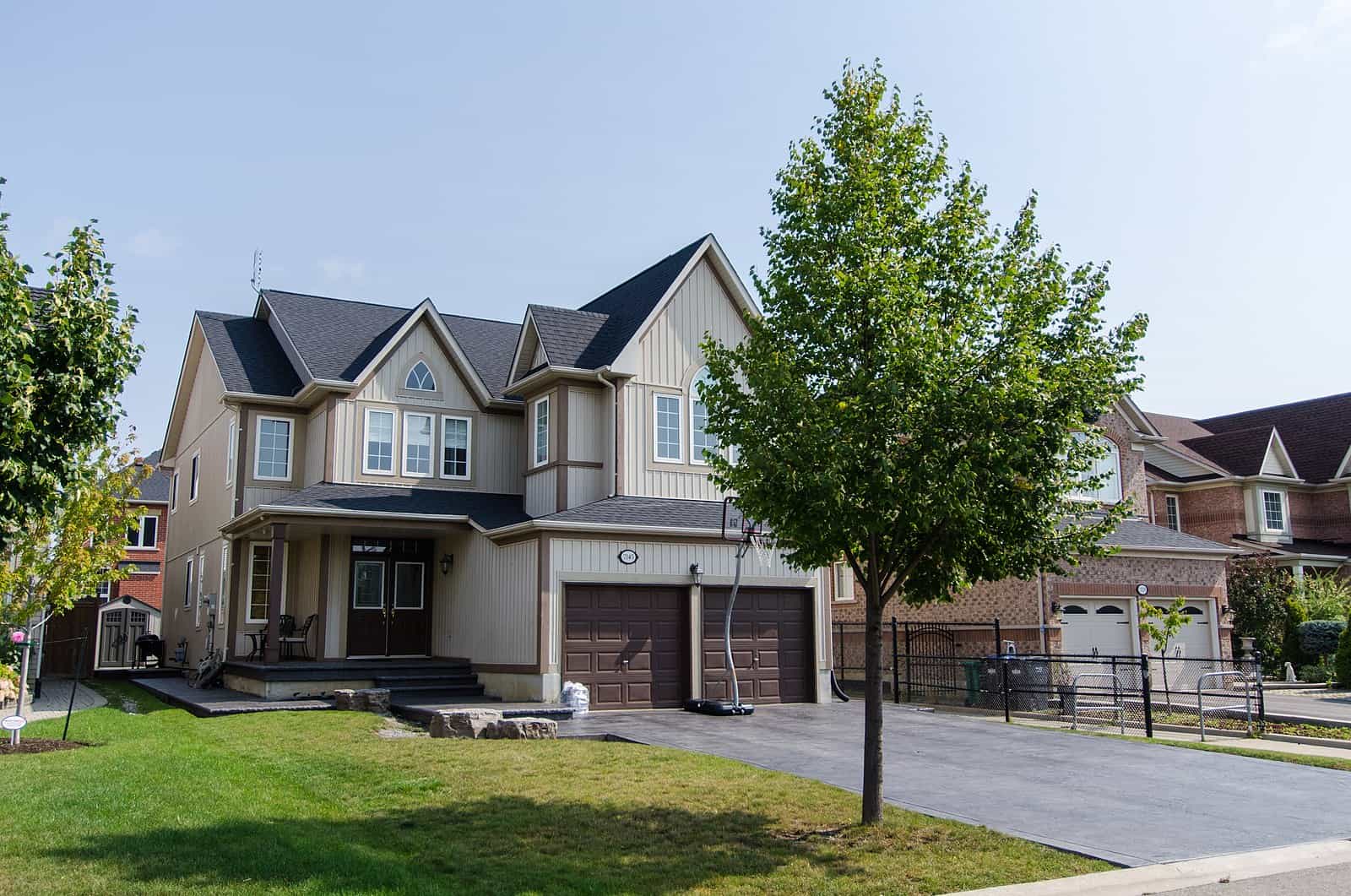 When the COVID-19 crisis hit in mid-March, Ontario locked down and people who were looking to buy or sell a home opted to take a wait and see approach–but the nervousness didn’t last for long.

Although the early days of the pandemic were eventful for the real estate industry–the Bank of Canada cut the overnight interest rate to 0.25 per cent and about 500,000 homeowners deferred their mortgages–prices held steady (and even increased year-over-year) and demand remained pronounced.

According to a recent report from real estate brokerage and website Zoocasa, sales and new listings for detached houses–typically the most expensive housing type–in all five GTA regions rose steadily through May and June after a slow April.

Zoocasa says that in each GTA region (Toronto, Peel Region, York Region, Durham Region and Halton Region), the gap between 2020 and 2019 sales was widest between early April and early May, with sales dropping by as much as 75 per cent.

According to the report, the extensive sales gap started to close by the latter half of May, and by mid-June, sales even outpaced 2019 levels for the same period in Halton and Durham. Zoocasa says that in June, new listings recovered to at least 75 per cent of last year’s levels in each GTA region.

As for what happened in Peel (which consists of Mississauga, Brampton and Caledon), Zoocasa says that between June 8-21, 701 detached houses were listed. Between March 2 and 15, 852 homes were listed. Listings plummeted the most between April 13 and 26, when only 243 detached homes hit the market. 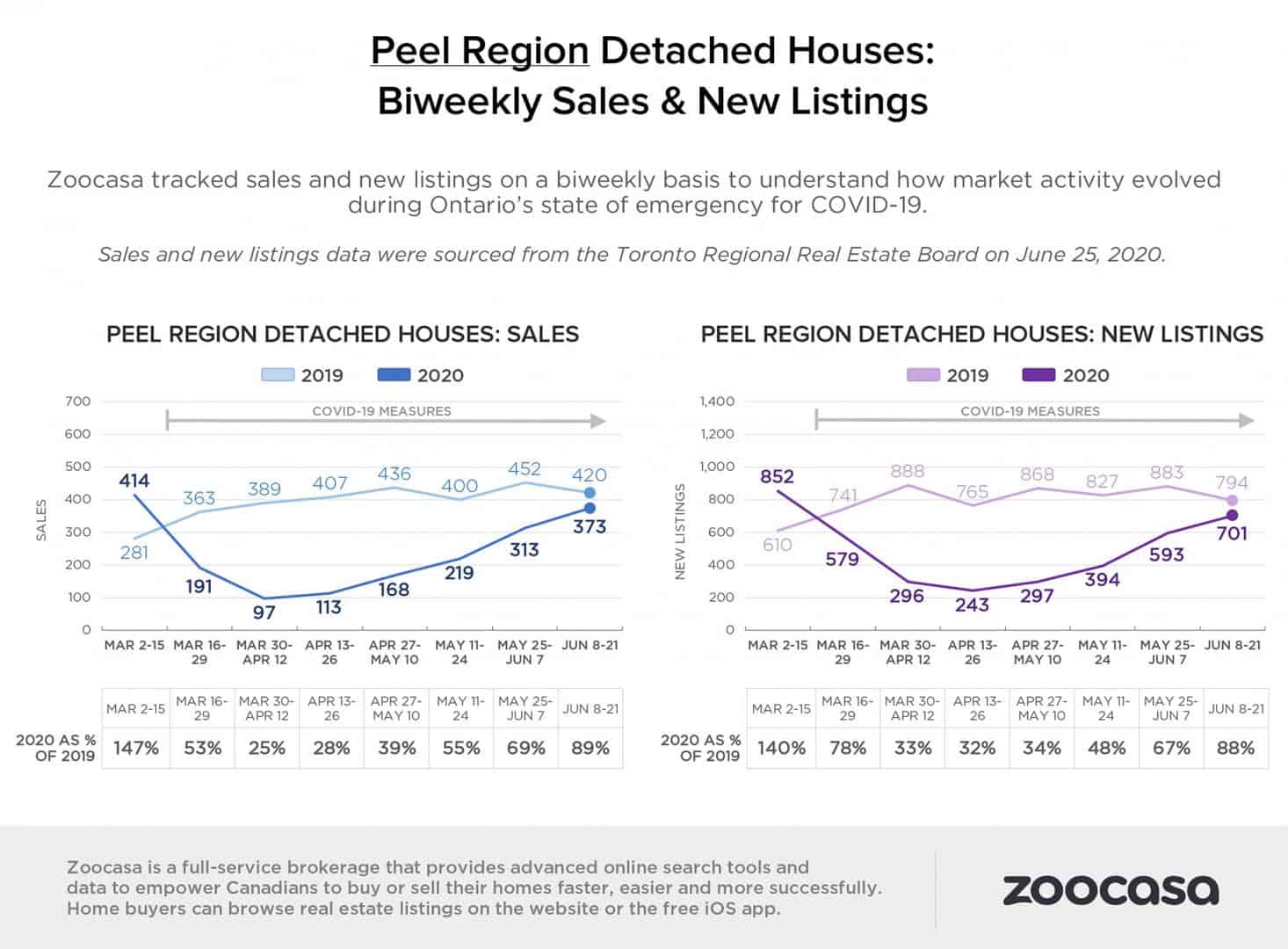 In mid-June 2019, 794 detached houses were listed, which means that the rate of new listings in 2020 was only 12 per cent lower than those recorded for the same period last year.

The report says home sales followed a similar pattern. After reaching a low point between March 30 and April 12 when only 97 transactions took place, sales picked up and are now at 89 per cent of 2019 levels (and 10 per cent lower than the level of sales during the two full weeks prior to emergency measures being announced).

Zoocasa says that despite the virus, housing competition in the region was balanced in June.

“Peel Region had a sales-to-new-listings ratio of 53 per cent for June 8 – 21 this year, unchanged from last year,” the report reads.

Zoocasa says sales and new listings data were sourced from the Toronto Regional Real Estate Board (TRREB) on June 25, 2020. Sales numbers for each biweekly period are based on the sold date.