‘Derecho’ that hit Mississauga, Brampton and became a tornado in Uxbridge sixth-costliest storm in Canadian history 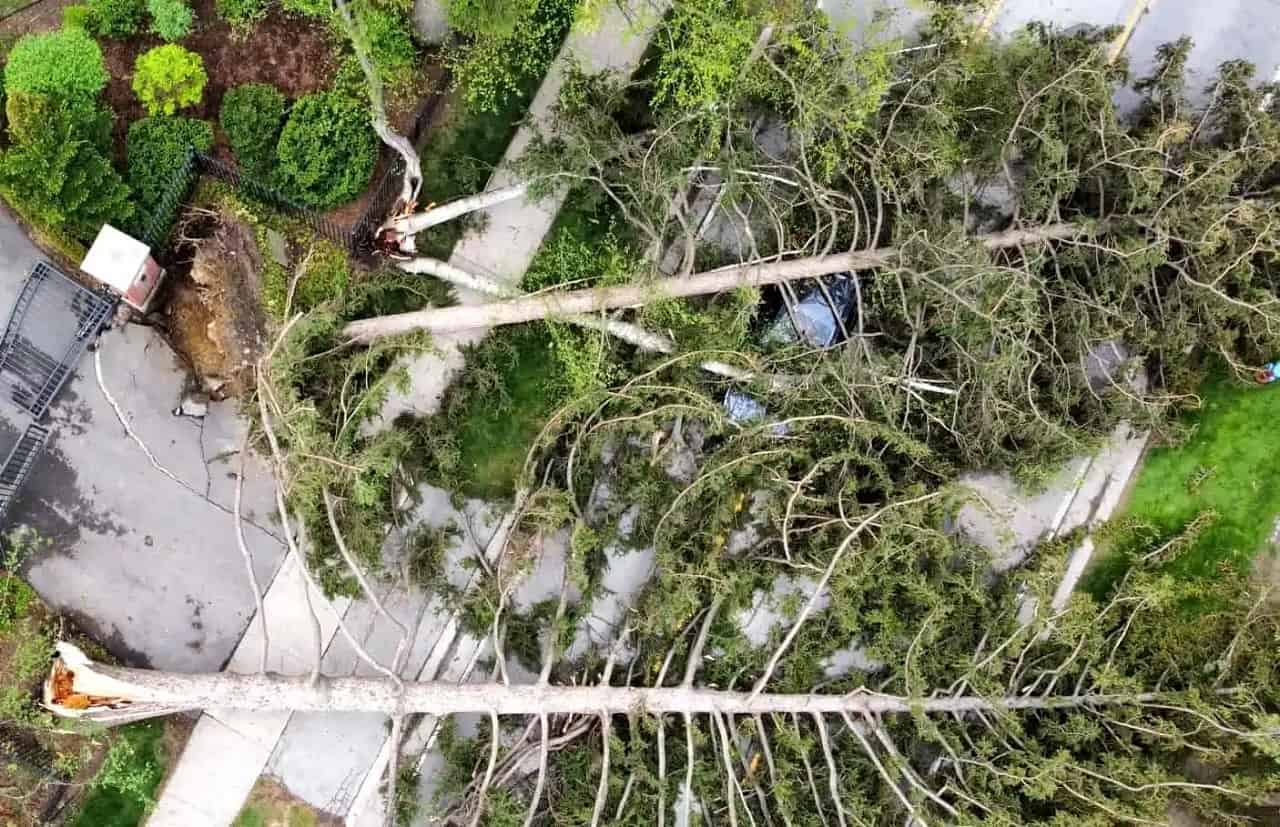 A downed tree over a car in Uxbridge after the category-2 tornado on May 21. (InSauga photo)

The deadly, destructive “Derecho” storm that hit Mississauga, Brampton and Durham Region four weeks ago is now the sixth-costliest in Canadian history, in terms of insured losses.

On May 21, the storm system scythed swiftly through the densely populated corridor across Southern Ontario, up into the national capital region around Ottawa and into Quebec. Wind gusts of 120 km/h were recorded at Pearson Airport in Mississauga. It then reached the status of a tornado in Uxbridge, where buildings’ roofs were ripped off and automobiles were overturned.

It took 10 days for Uxbridge Township to have its hydro fully restored.

On Wednesday, the Insurance Bureau of Canada (IBC) said the insured damage from the storm is estimated at $875 million. About five-sixths of that — $720M — is in Ontario. Those estimates are from Catastrophe Indices and Quantification Inc. (CatIQ), IBC said.

The top five storms, in term of insured damage: 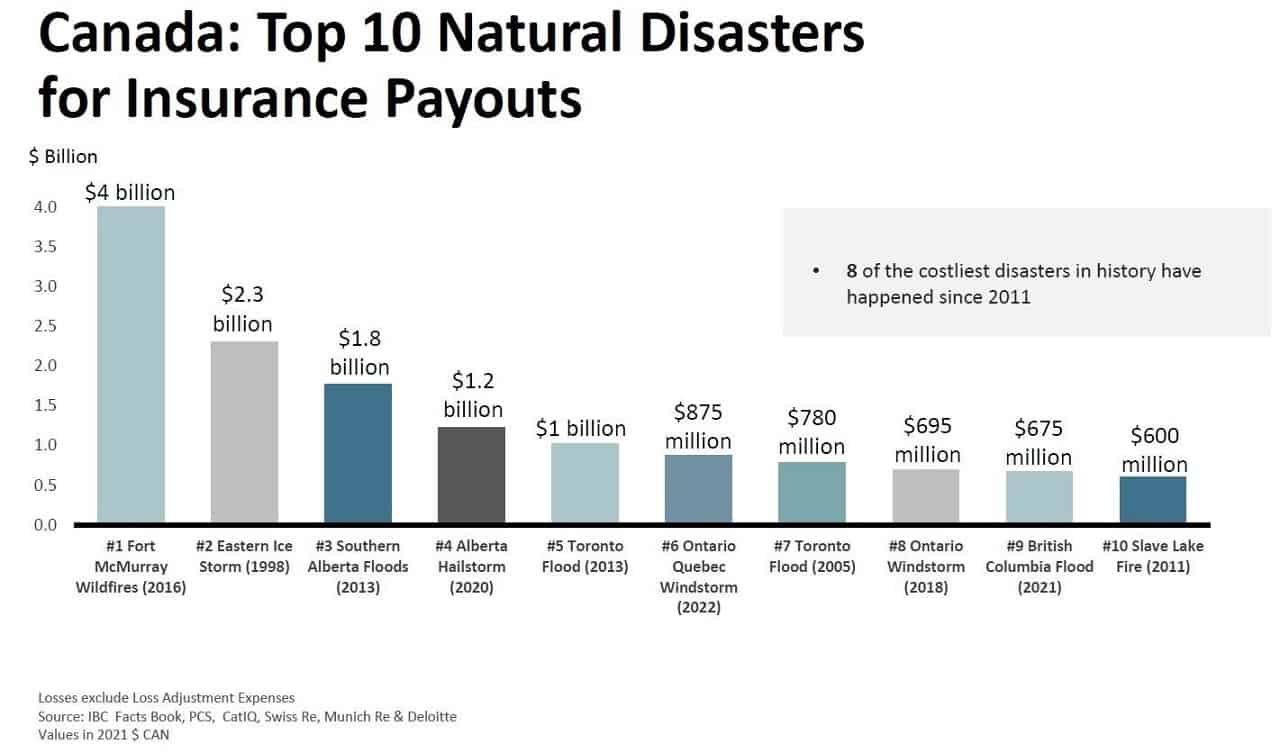 In a release, IBC asserted that the storm illustrates the need for all levels of government in Canada to work to improve climate defence. It said the insurance industry supports the creation of national adaptation strategy.

“(The storm) is a sobering reminder of the increasing risk climate change poses to communities across Canada,” IBC stated. “IBC continues to advocate for a National Adaptation Strategy that will result in tangible short-term measures that improve Canada’s climate defence. Governments at all levels must act with urgency to prioritize investments that reduce the impact of these severe weather events on families and communities.”

(Graphic via Insurance Bureau of Canada.)