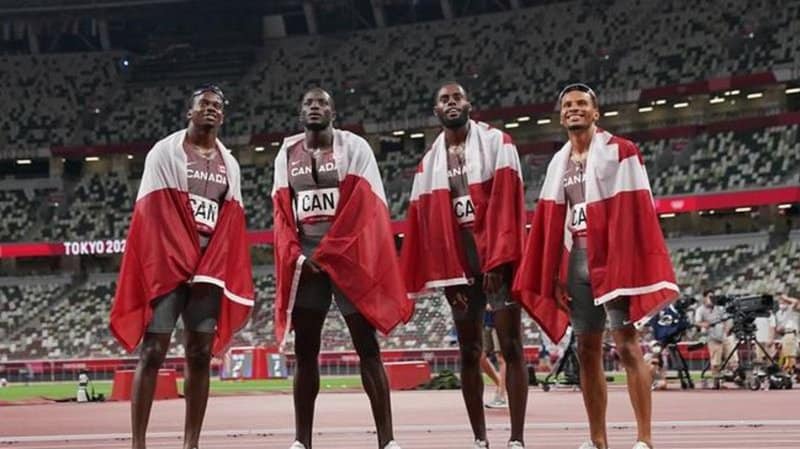 Andre De Grasse is now the most decorated male Olympian in Canadian history after anchoring Team Canada to a third-place finish in the men’s 4×100-metre relay at the Tokyo Olympics.

De Grasse, who had a typical strong finishing kick, and teammates Aaron Brown, Brendan Rodney, and Jerome Black, finished in 37.70 seconds to give the country its second-straight bronze in the event.

Italy claimed gold with a time of 37.50, narrowly edging out Great Britain’s second-place finish of 37.51.

De Grasse has now medalled in every Olympic or World Championship final he has ever competed in and has earned three Olympic medals in Tokyo to go with the three he won in Rio.

De Grasse, who raced to gold in the 200 earlier this week, got his started in sprinting training with the Speed Academy track club in Pickering.