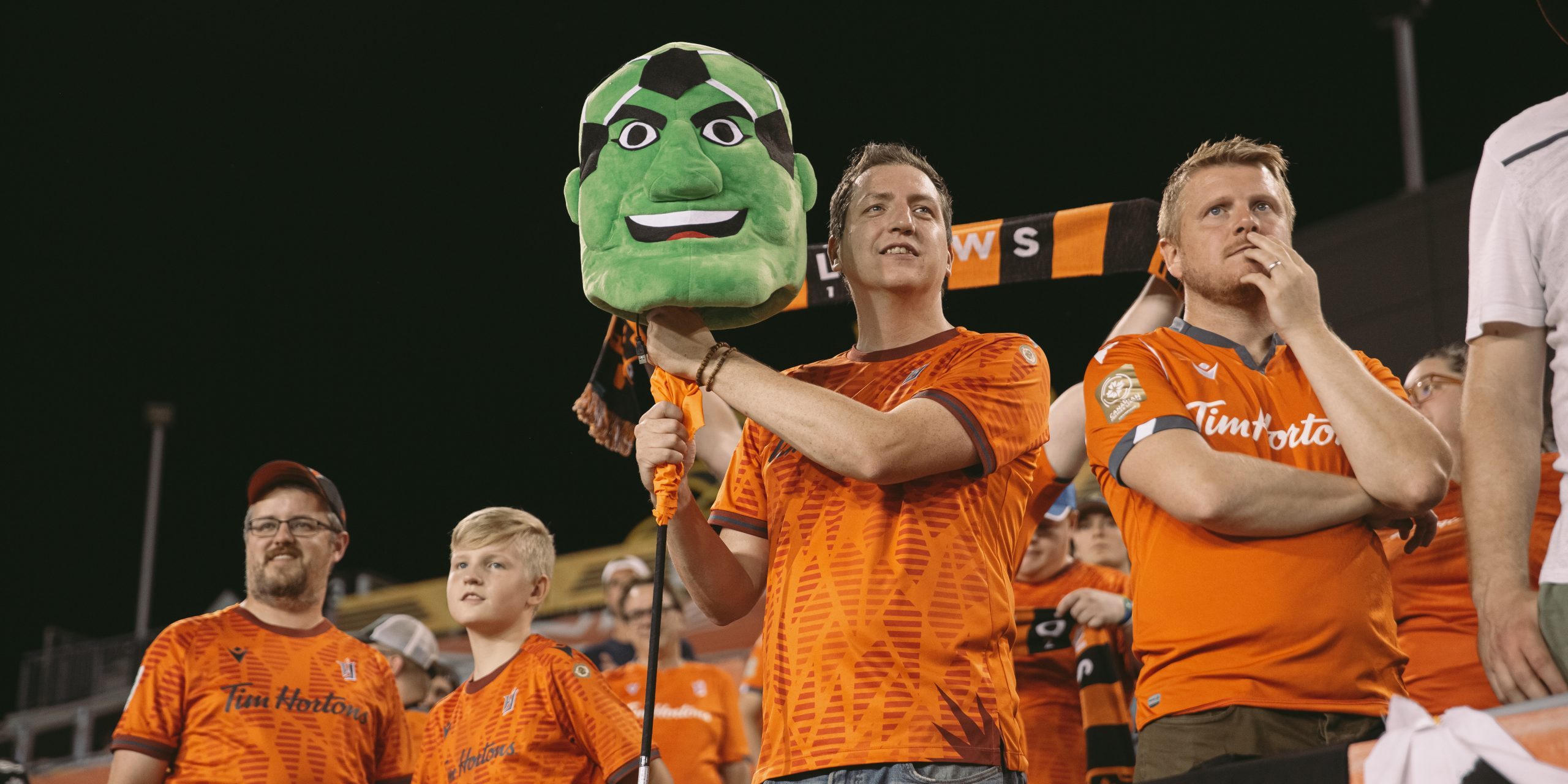 The Canadian Premier League announced the dates and times for the championship in two weeks. The match will be hosted by Hamilton, Calgary, or Ottawa. (Jojo Qian/Forge Football Club Hamilton)

The Canadian Premier League announced the dates and times for the league championship in just over two weeks. The match will be hosted by either Hamilton, Calgary, or Ottawa — depending on how the semi-finals play out.

Forge FC is in Calgary for the first leg of their semi-final against Cavalry FC on Saturday at 4 p.m. The two heated rivals will then play a return leg at Tim Hortons Field in Hamilton on Oct. 23, 2022. The club that scores the most goals over the two matches (the second match will go to penalty kicks if the clubs score the same number of goals in regular time) will advance to the CPL Final — hosted by the higher seed.

If second-seeded Forge win their semi-final and Pacific FC defeats first-place Atletico Ottawa, the one-match league championship will be played in Hamilton on Saturday, Oct. 29, at 4 p.m.

Forge have qualified for every CPL Final since the league’s inception in 2019, winning the first two before dropping last year’s chilly December championship match 1-0 at home to Pacific.

Forge and Hamilton soccer fans are hoping for a rematch and redemption.

Tickets to the CPL Semi-Final in Hamilton are available now at forgefc.ca/tickets.

If Cavalry host the CPL Final, the match will also be played on Oct. 29 at 4 p.m. — at ATCO Field in Calgary.

The 2022 CPL Playoffs will be broadcast on the dedicated soccer channel, OneSoccer — available to all Canadian households through OneSoccer.ca, via Roku, Chromecast, and Apple TV devices, and with the OneSoccer app for iOS and Android devices.

OneSoccer is also available as a linear channel through Telus Optik TV, as well as via the fuboTV Canada platform.