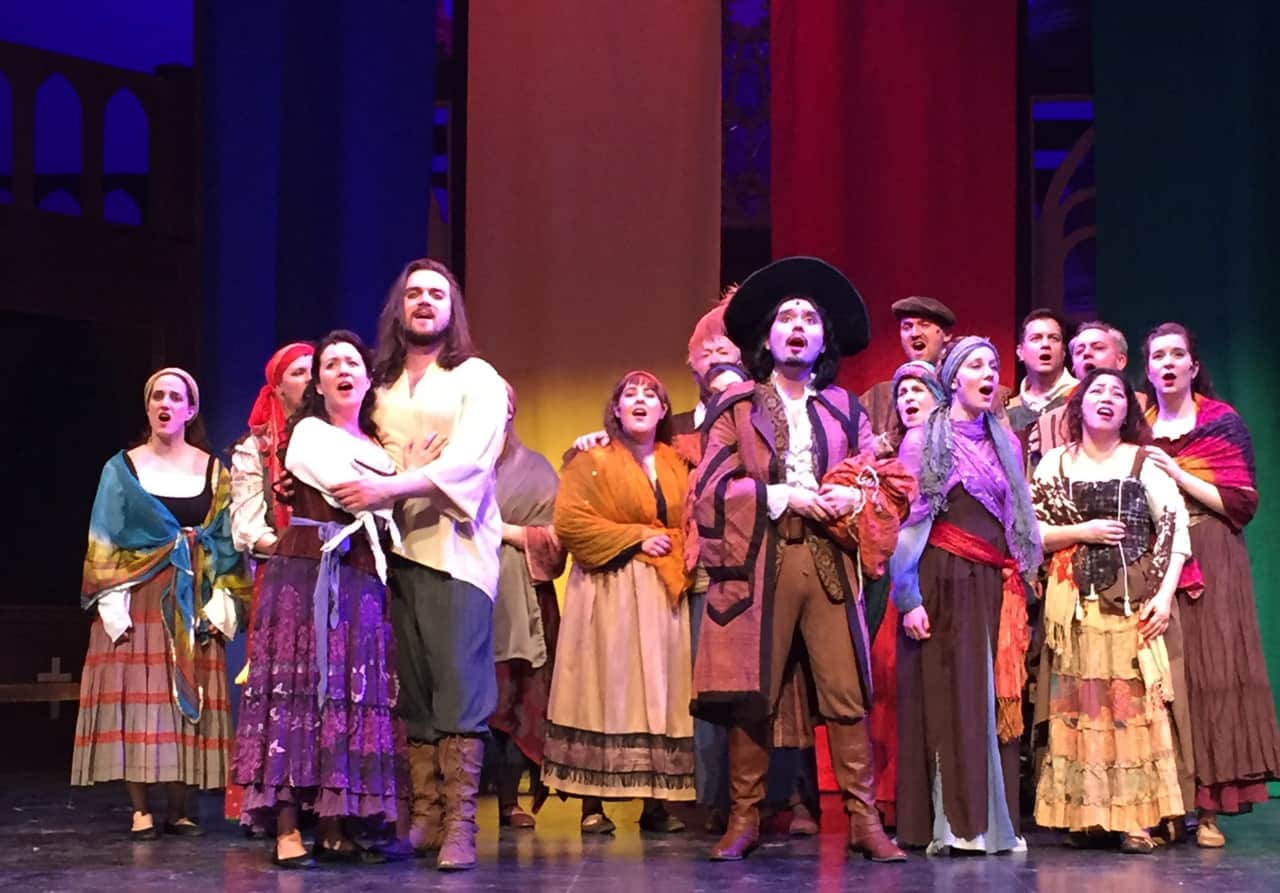 The Hunchback of Notre Dame returns as part of The Encore Series at Meadowvale Theatre.

One of Mississauga’s longest-running musical theatre series returns to the stage this fall after more than two years away.

The Encore Series returns to the newly renovated Meadowvale Theatre this fall with five musicals. The Encore Series, started in 1993, brings together five community theatre groups for a subscription series at the Meadowvale Theatre. The groups have changed over the years but now the five groups are Clarkson Music Theatre, Meadowvale Music Theatre, Theatre Unlimited Performing Arts, City Centre Musical Productions, and Etobicoke Musical Productions.

The 2019-2020 series was cut short in March 2020 due to the pandemic, says Michael Buchert, marketing co-chair for The Encore Series.

City Centre Musical Productions’ Hunchback of Notre Dame was on the stage in March 2020.

“Midway through the world shut down,” says Buchert.

​The pandemic restrictions coupled with Meadowvale Theatre renovations meant the series could not come back until now.

The season starts with Etobicoke Musical Productions’ 42nd Street from Nov. 4 to 13. The musical tells the story of a young tap dancer, Peggy Sawyer, from Pennsylvania trying to make it on Broadway.

Next is Rodgers & Hammerstein’s Cinderella from Clarkson Music Theatre. The show, featuring the fairy tale magic with giants and dragons, runs from Nov. 25 to Dec. 4.

Roald Dahl’s Matilda The Musical is the third show running from Feb. 3 to 12.  The Meadowvale Music Theatre production promises high-energy dance numbers and the story of the special little girl with an extraordinary imagination.

City Centre Musical Productions brings back their production of The Hunchback of Notre Dame, a musical based on the Victor Hugo novel with songs from the Disney animated feature. The show runs from March 3 to 12.

With the return of The Encore Series, the organizers are hoping to bring back subscribers. Before the pandemic, there were about 1,900 subscribers but that’s now down to 1,200, says Buchert.

“So we had a number of people not come back,” he says.

There could be several reasons why people are not returning — some may be nervous about crowds, and others may have moved away.

Audience members say the productions are as good as those in Toronto but for a much more affordable price, says Buchert.

But the shows are also about supporting Mississauga residents and providing young people a launching pad for their careers.

“When you’re purchasing our ticket, you’re giving back to the community.”

For more information and to buy tickets visit the Encore Series website.